The Threat (original title La menace) is a 1977 French-Canadian thriller directed by Alain Corneau and starring Yves Montand as Henri Savin, a man who leaves his mistress Dominique Montlaur for another woman, young and beautiful Julie Manet. In grief and anger Dominique commits suicide, making it look like a murder. The investigation leads Inspector Waldeck to the conclusion that Dominique was murdered by Julie.

The following weapons were used in the film The Threat (La menace): 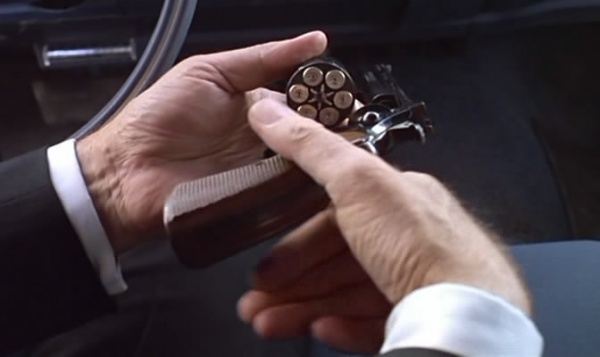 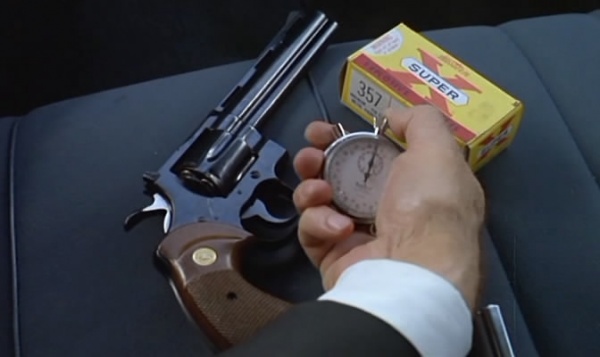 Another view of the Python. 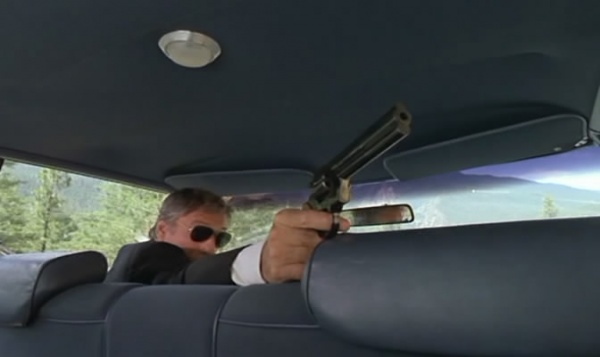 Savin fires from his car.

In one scene a MAT-49 is seen in hands of a French gendarme on a road block. 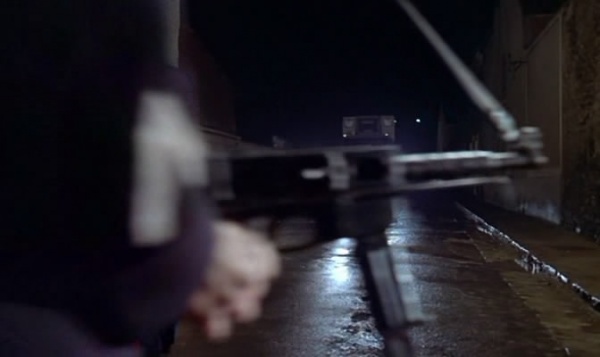 In the final scene one of the group of Canadian truckers holds a pump action shotgun that appears to be a Remington 870. 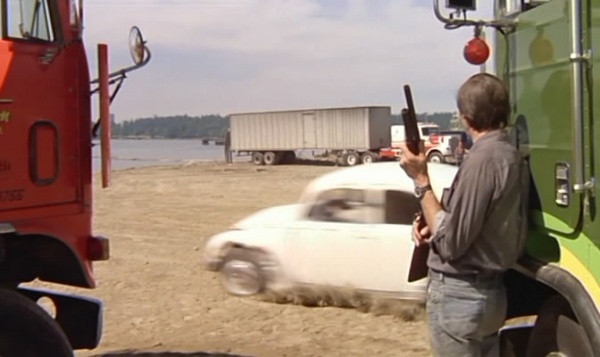 In the same scene another trucker holds an unidentified pump action shotgun. 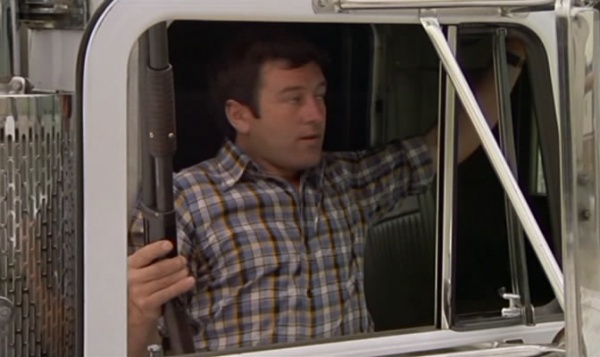