From Internet Movie Firearms Database - Guns in Movies, TV and Video Games
(Redirected from The Road (Doroga))
Jump to navigation Jump to search

The Road (Doroga) is a Soviet 1955 adventure espionage movie, directed by Aleksandr Stolper. A group of trucks with passengers and cargo are stopped by a heavy snowstorm on a mountain road on Soviet Far East. One of the passengers appears to be a foreign spy who appointed a meeting to his agent on the mountain pass. Meanwhile a Soviet counterintellegence officer holds the investigation.

The following weapons were used in the film The Road (Doroga):

In the scene on the bus station Snyders' unnamed accomplice (Nikolay Gladkov) is at first seen with a Luger P08 (see below) that switches to Nagant M1895 revolver due to a continuity error (Nagant in turn switches to a TT-33). 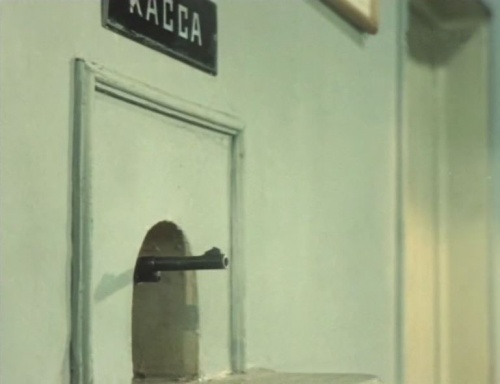 The saboteur, trapped by Vasya (Viktor Avdyushko) in the cashier's room, fires a Nagant instead of previous seen Luger. Note that the revolver lacks ejector rod. 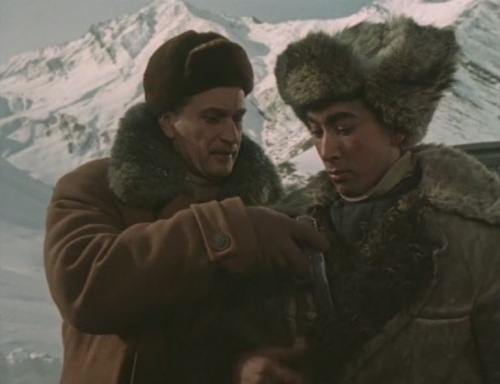 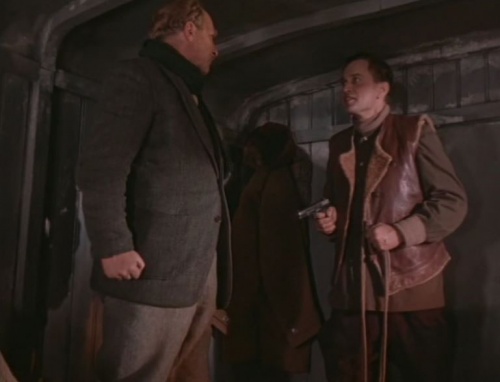 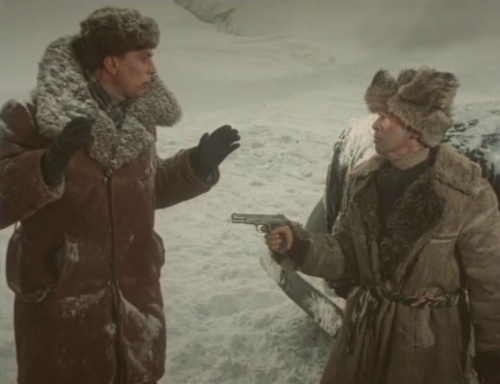 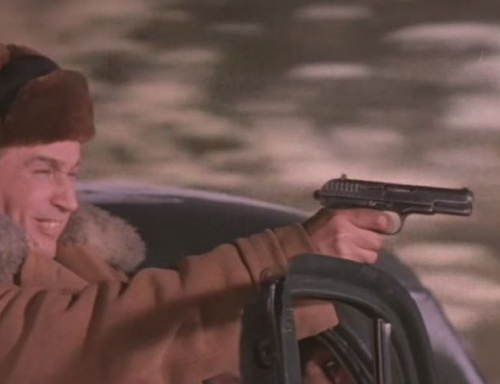 Ivan Alekseevich fires his pistol during the car chase. 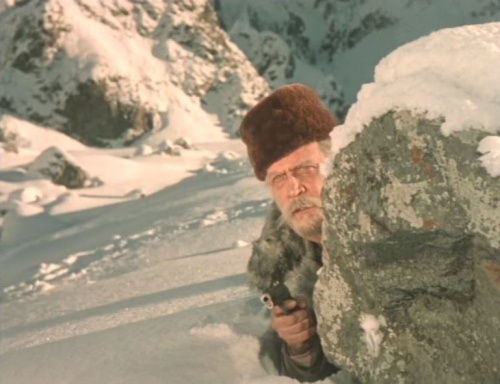 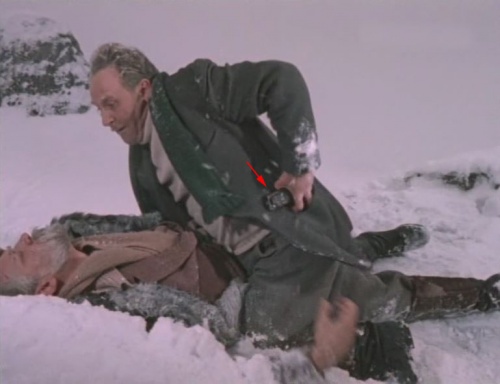 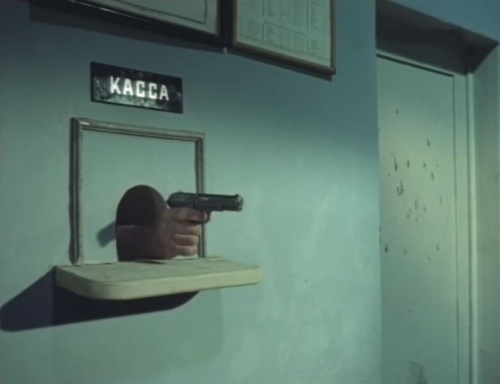 In the scene on the bus station the saboteur's Nagant (see above) switches to a TT due to a continuity error. 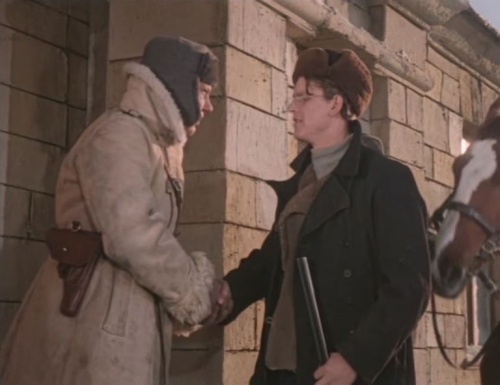 The State Security officer carries a TT in holster. 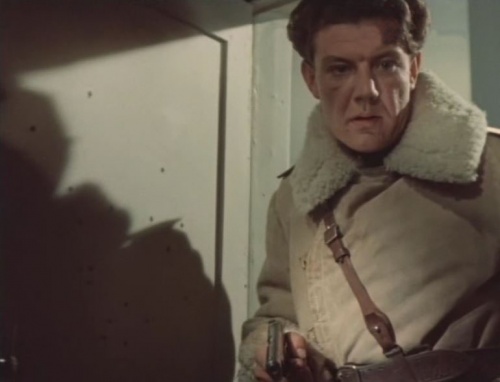 The officer holds his TT.

In the scene on the bus station Snyders' unnamed accomplice (Nikolay Gladkov) is at first seen with a Luger P08. Due to a continuity error it switches to Nagant M1895 (see above), then to a TT-33 (see above), and then again to a Luger. 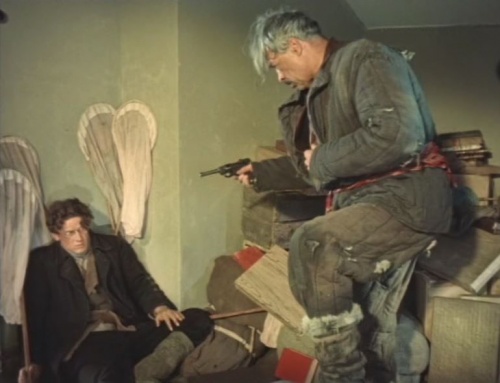 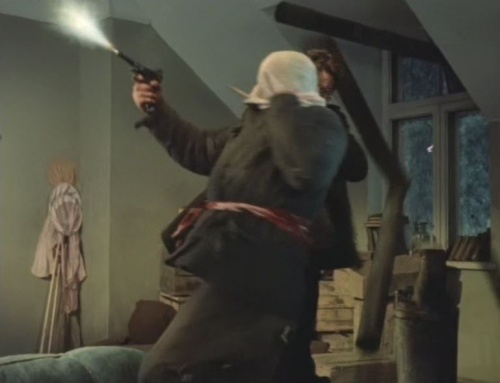 Vasya tries to neutralize the saboteur. 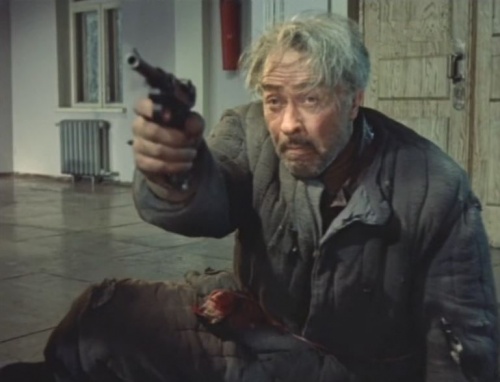 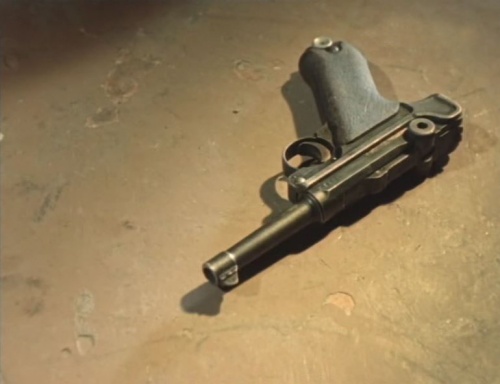 A close view of the Luger. 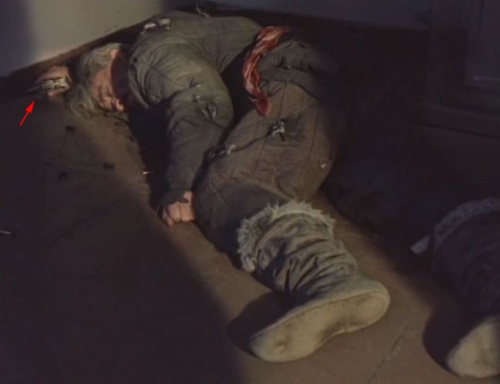 The saboteur shoots himself with a Luger.

Soldiers that appear on the bus station are armed with PPSh-41 SMGs. 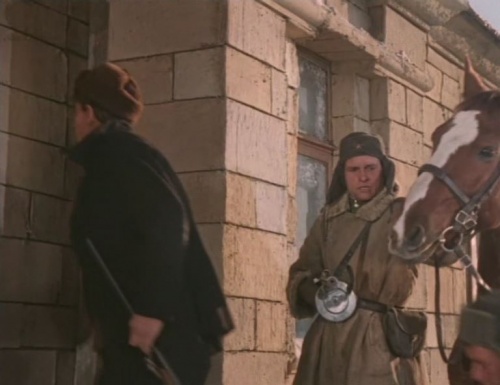 A soldier with a PPSh. 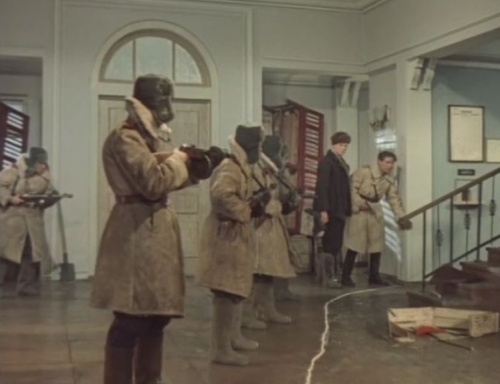 Soldiers ready their SMGs when their commander opens the cashier's room where the saboteur is trapped. 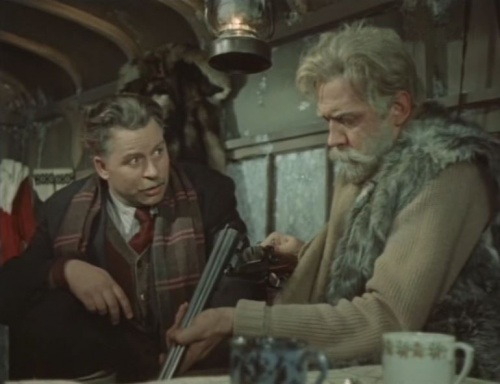 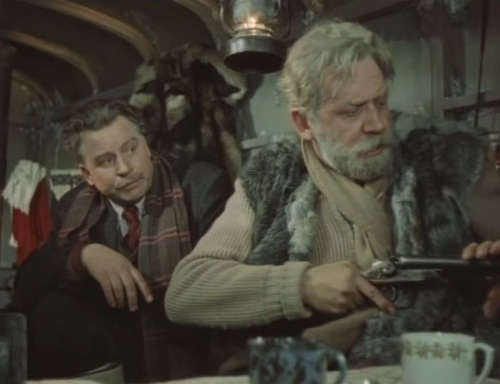 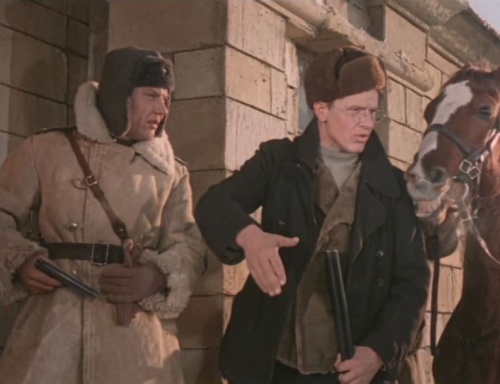 Vasya meets the officer of State Security outside the bus station. 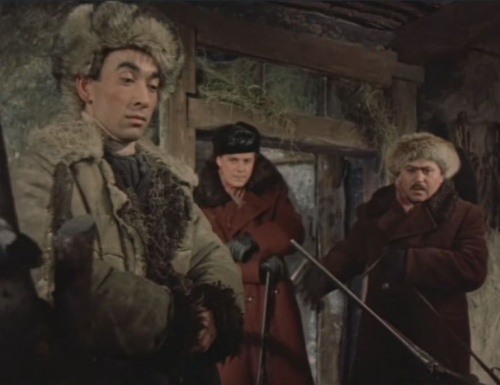 Beimbetov (at the right) and the musician with shotguns.
Retrieved from "https://www.imfdb.org/index.php?title=Road_(Doroga),_The&oldid=1371507"
Categories: