This movie is the third in the tetralogy about the adventures of Chadiyarov, preceding by The End of Ataman (Konets atamana) (1970) and Trans-Siberian Express (Transsibirskiy ekspress) (1977), and followed by Who are You, Mr. Ka? (Kto vi, gospodin Ka?) (2009).

The following weapons were used in the film The Manchurian Variant (Manchzhurskiy variant): 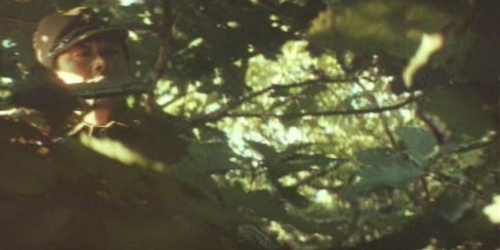 A close view of the pistol in Chadiyarov's hands.

Chadiyarov hands the pistol back to Saito.

Soviet commando group is armed with PPSh-41 SMGs, both with drum and stick magazines.

A Soviet commando leaves the plane with a PPSh in hands. 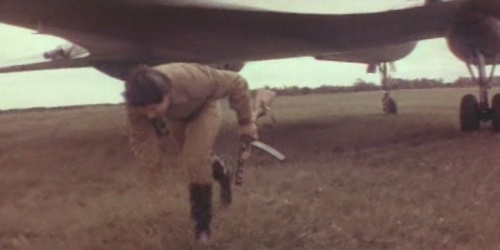 Another commando runs with a PPSh with stick magazne.

A commando fires his PPSh.

Most Japanese soldiers are armed with Arisaka Type 38 rifles.

Soldiers with Arisaka rifles at the car. 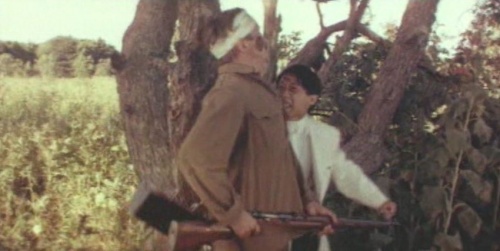 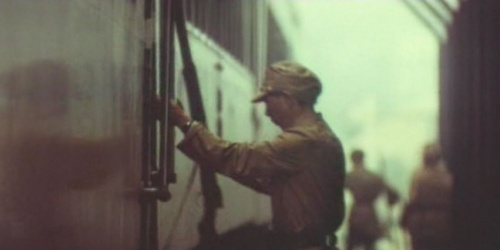 While Arisaka rifles are seen on more or less close-ups, rifles, seen in the distance, appear to be Mosin Nagant Rifles.

A typical Mosin Nagant magazine is seen on the rifle at the right.

Soviet commandos with DP-27 and PPSh-41.

What appears to be a generic mockup of a hand grenade is used by Chadiyarov (Asanali Ashimov).

What appear to be FN Model 1910 pistols are seen in hands of Japanese secret police agents in documentary footage (or at least the scene is credited in such way; maybe this is postwar footage of some events in China or Indo-China). 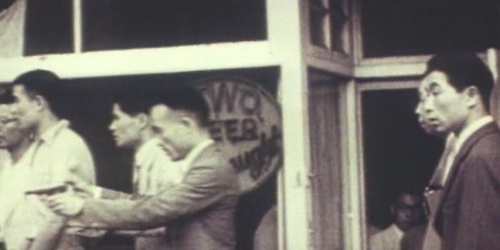 An agent holds his pistol at the left.

An agent holds his pistol at the right.

A Lewis Gun on AA mounting is used by an Allied soldier in documentary footage of Pacific War. 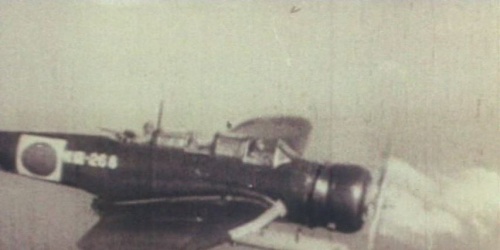 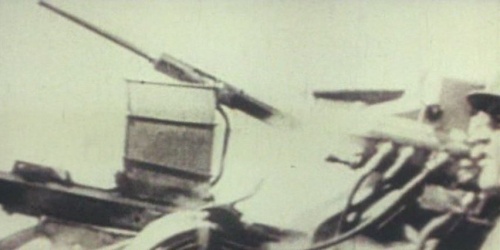 Oerlicons on a US Navy ship.
Retrieved from "https://www.imfdb.org/index.php?title=Manchurian_Variant_(Manchzhurskiy_variant),_The&oldid=1163343"
Categories: