From Internet Movie Firearms Database - Guns in Movies, TV and Video Games
(Redirected from The Maltese Falcon)
Jump to navigation Jump to search

The Maltese Falcon is the classic 1941 film noir starring Humphrey Bogart as private detective Sam Spade, who investigates a murder and who will take the fall. He comes in contact with a group of high-living lowlifes that will stop at nothing to get their hands on a jewel encrusted falcon. Now Sam has to keep his cool and tie up all the loose ends that lead to the falcon to get the killer of his partner and clear his name. This was the third and decidedly the best of the various filmed adaptations of Dashiell Hammety's classic detective novel, which included a 1931 feature film adaptation and 1936's Satan Met a Lady.

The following weapons were used in the film The Maltese Falcon: 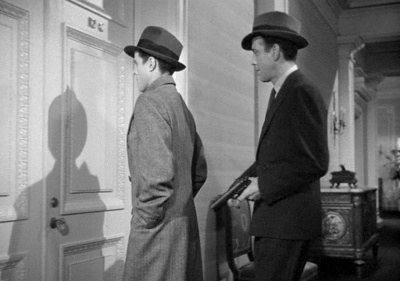 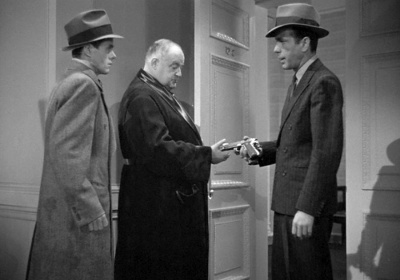 Sam Spade hands his 1911 to Kaspar Gutman (Sydney Greenstreet). Note the rounded backstrap that indicates an M1911A1 rather than an M1911. 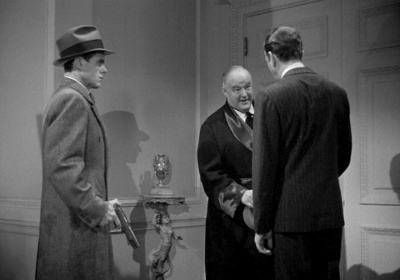 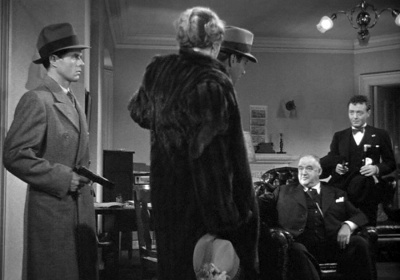 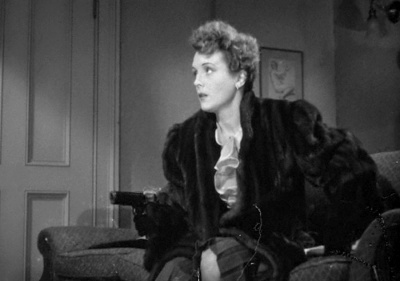 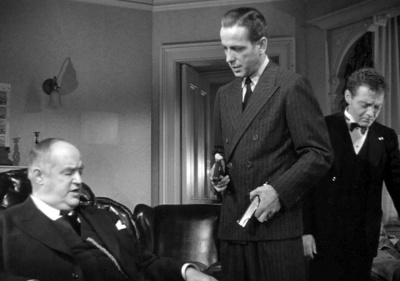 Sam Spade holds a pair of 1911s that belong to Wilmer. 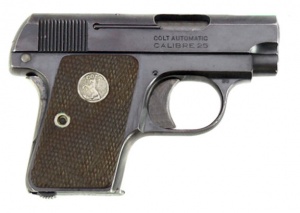 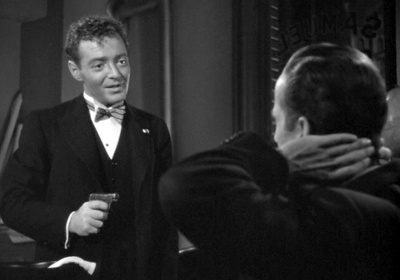 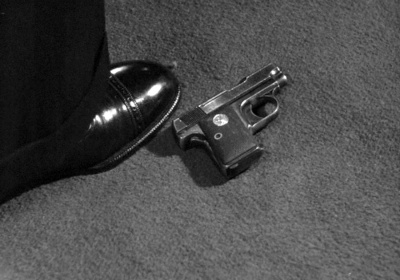 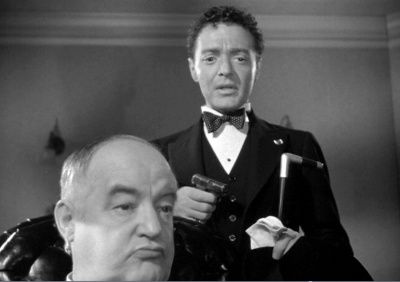 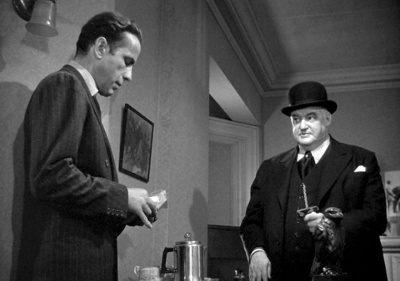 Miles Archer (Jerome Cowan) is shot with a Webley-Fosbery Automatic Revolver. It is said to be a .45 caliber eight shot, when in fact only the .38 caliber model holds eight rounds. The .455 version holds six. 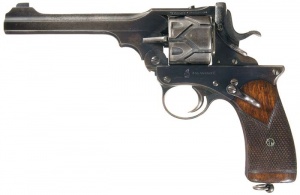 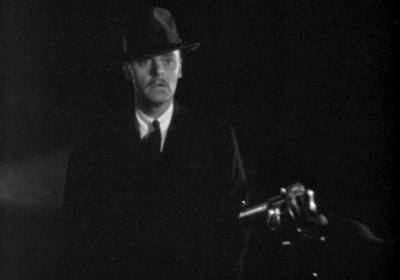 Miles Archer stares down a Webley-Fosbery. 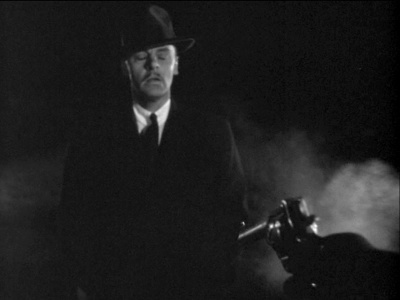 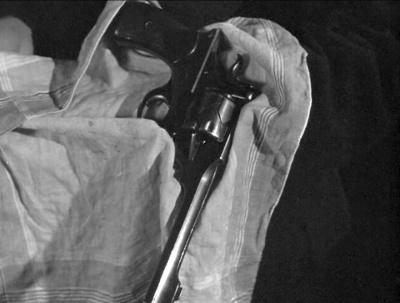