Children of Huang Shi, The

From Internet Movie Firearms Database - Guns in Movies, TV and Video Games
(Redirected from The Children of Huang Shi)
Jump to navigation Jump to search 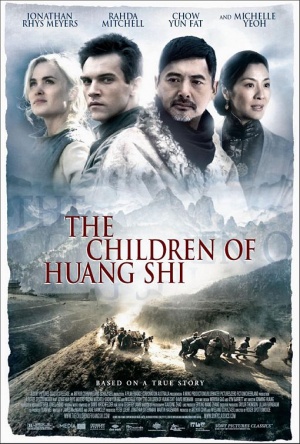 The following weapons were used in the film The Children of Huang Shi:

The Type Zhongzheng rifle, "Chiang Kai-shek", or "Type 24" rifle, was a basic Chinese copy of the German Gewehr 98 and it was shorter and lighter like the Karabiner 98k. It entered production in 1935 (year 24 in the Republican calendar) and became one of the main battle rifles of the Second Sino-Japanese War. In the film is is seen as the primary infantry rifle of Chinese forces as well as being the preferred weapon of Chen Hansheng, (Chow Yun-Fat) a Communist resistance fighter who helps Ian Hogg (Jonathan Rhys Meyers) throughout the movie.

The Arisaka Type 38 is seen as the primary infantry weapon of the Japanese throughout the film. The name Type 38 comes from the 38th year of Emperor Meiji's reign (1905). An interesting note is that no Arisaka Type 99s appear to be seen in the film which could mean that all the Japanese troops in the movie were stationed in China before the Type 99 came out (1939) and continued to stay there throughout the war without updating their rifles.

A Czech ZB26 Machine Gun can be seen carried by a Japanese soldier who with his other soldiers, inspect Hogg's orphan refugee column trying to escape into Mongolia in the closing days of the Second Sino-Japanese War. This is likely intended as a stand-in for the correct Japanese Type-96, which looks somewhat similar.

The Nambu Type 92 Heavy Machine Gun is seen being fired.

A Colt 1911A1 is seen when Hansheng tries to retrieve it off a table when he is about to execute captured Japanese scouts. However, Hogg stops him before he could do so. China received large quantities of 1911 handguns from the US via the Lend-Lease program and it was very popular due to its simplicity, effectiveness and reliability.

A Nambu Type 14 is used by a Japanese officer.

The Japanese officer that stops Hogg's refugees on their way to Mongolia is seen firing the C96 "Broomhandle" Mauser in the air.