Bridges at Toko-Ri, The

From Internet Movie Firearms Database - Guns in Movies, TV and Video Games
(Redirected from The Bridges at Toko-Ri)
Jump to navigation Jump to search 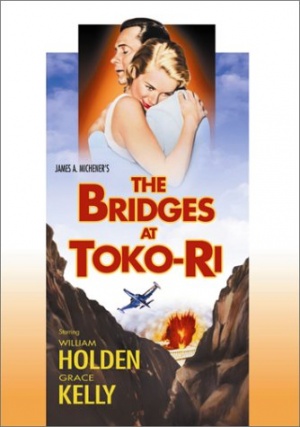 The following weapons were used in the film The Bridges at Toko-Ri:

While LT Harry Brubaker (William Holden) is trapped behind enemy lines, Mike Forney (Mickey Rooney) and Nestor Gamidge (Earl Holliman) go to rescue him, armed with Korean War standard M1 Carbine Rifles. Forney later gives the rifle to Brubaker, who remarks that being a jet pilot, not a soldier, he wouldn't know how to use it. A WWII Walnut Stock variant is seen held by soldiers on the aircraft carrier. 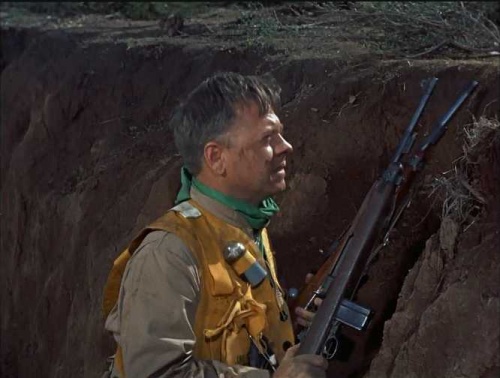 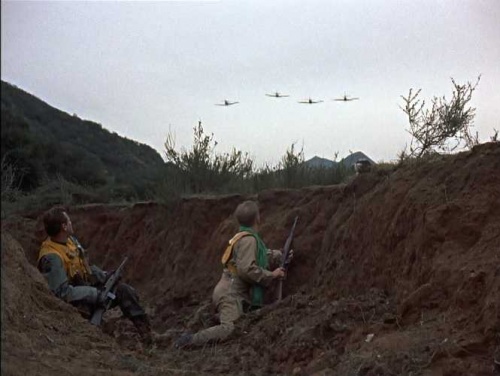 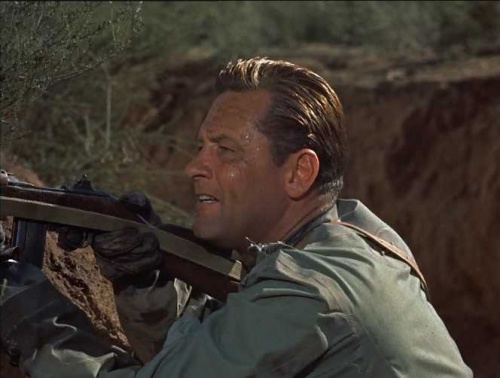 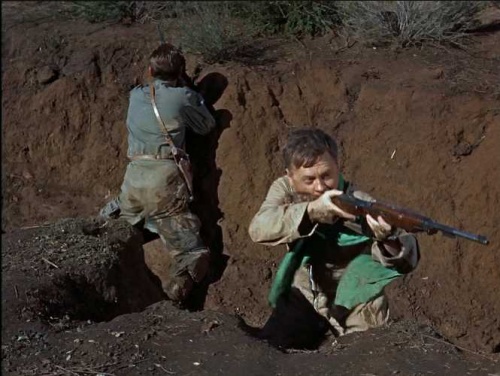 The M1 Carbine is fired by Brubaker. 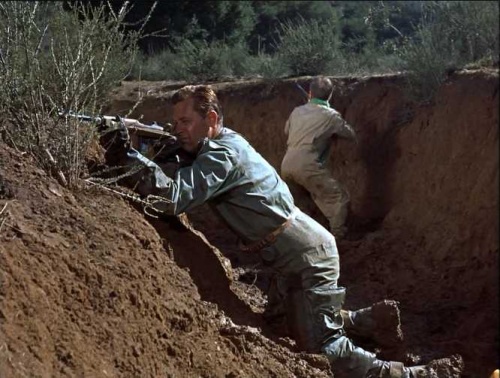 After crashing his plane in enemy territory, Brubaker takes a Smith & Wesson Model 10 revolver to defend himself against enemies before Forney and Gimadge arrive. 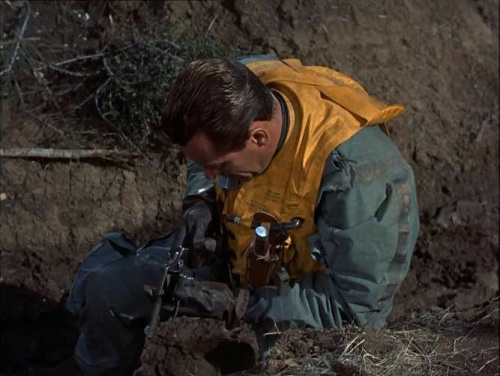 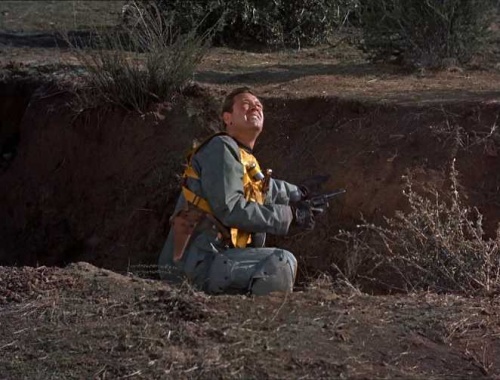 Brubaker watches as the support planes mow down the North Koreans 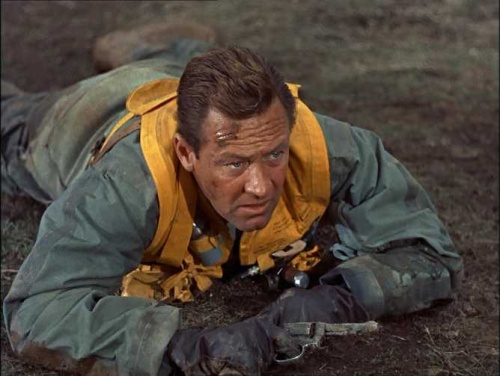 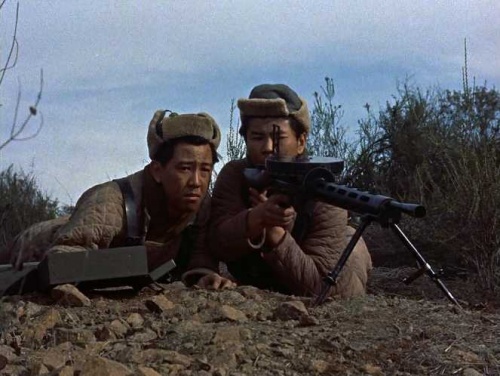 Enemy soldiers are seen armed with what appears to be Mosin Nagant M91/30 rifles in the finale. The M91/30 would be correct for Communist/North Korean troops. In the second photo, it is apparent that the rifle has a slanted metal box magazine and a straight bolt, both being features of the Mosin Nagant series of rifles. 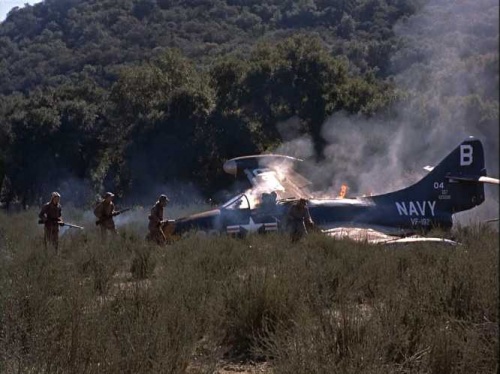 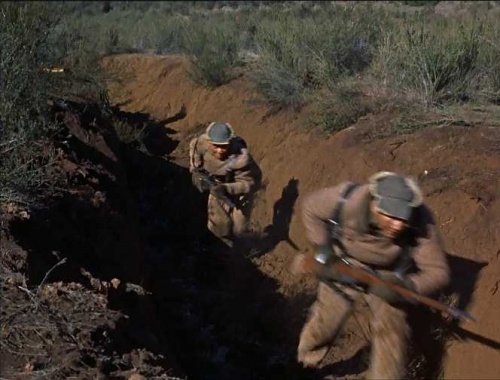 In addition to the Mosin Nagant rifles, one of the North Korean soldiers is armed with an unidentified nickel revolver, possibly a Webley variant. 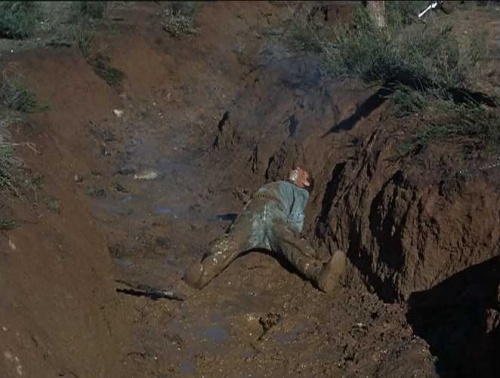 Seen at the top right
Retrieved from "https://www.imfdb.org/index.php?title=Bridges_at_Toko-Ri,_The&oldid=1333367"
Categories: