From Internet Movie Firearms Database - Guns in Movies, TV and Video Games
(Redirected from The Bomb (Bomba))
Jump to navigation Jump to search

The following weapons were used in the film Bomb (Bomba), The: 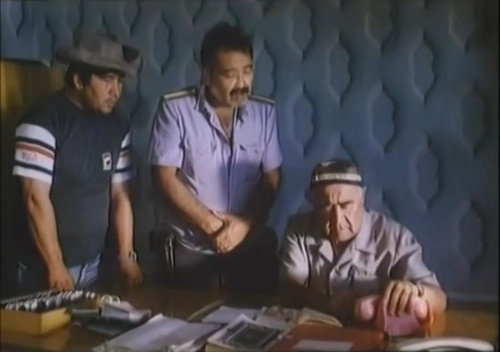 Artiq (at the center) with the holstered pistol. 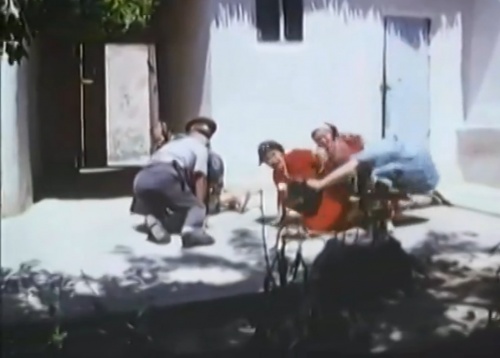 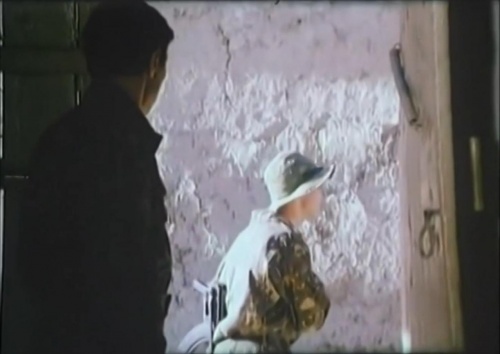 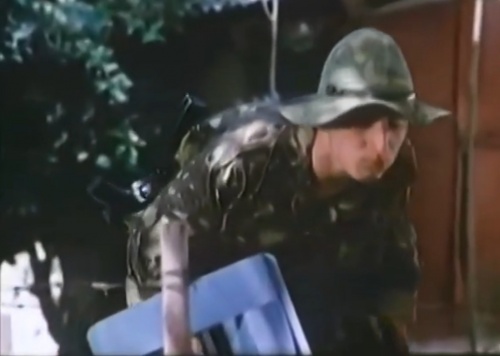 Grip and mag can be seen. 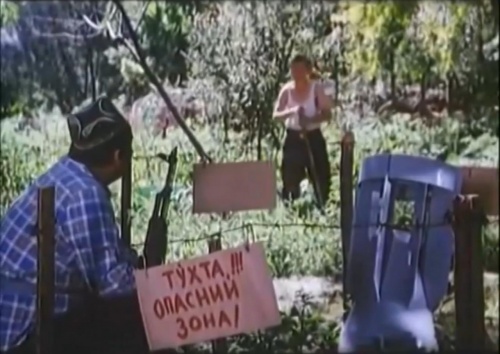 Xolmat aka holds the Aripjon's AK. Letters on the board means: Stop. (in uzbek language) Dangearous Area! (in Russian, with misspelling). 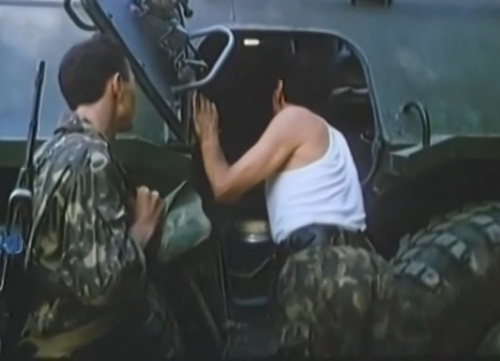 Aripjon with the AK on the sling. 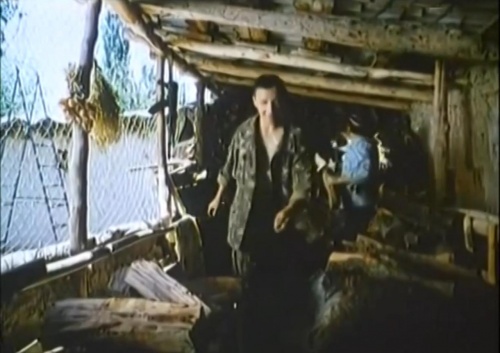 AK can be seen hanged on the wall. 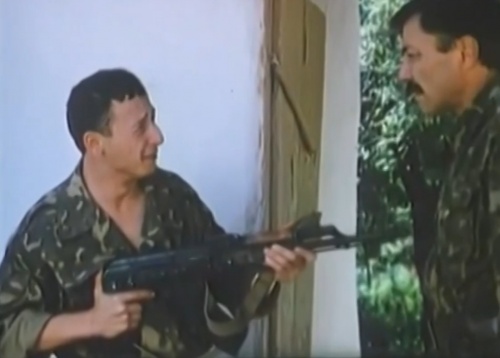 Pvt. Aripjon Pulatbuloyev aims his AK to the Rahim Ahmedov. A seconds later, Rahim will take the gun from Aripjon. 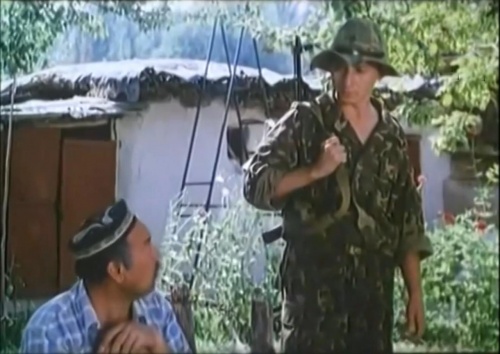 Aripjon with the rifle on the sling.

KPVT Heavy Machine Gun can be seen mounted on BTR-80. 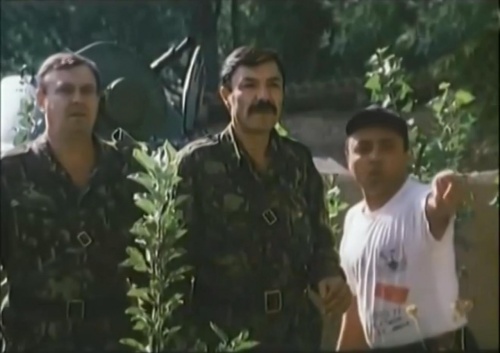 KPVT's barrel can be seen at the background. 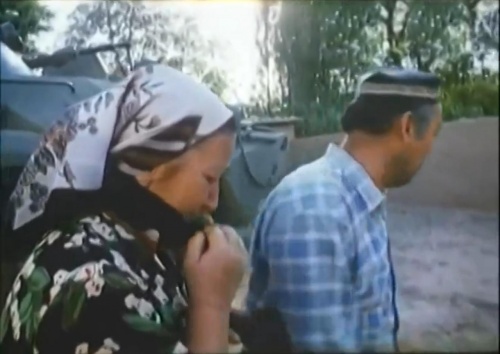 2108UB Fragmentation Fougasse Aerial Bomb is the plot device of the movie. 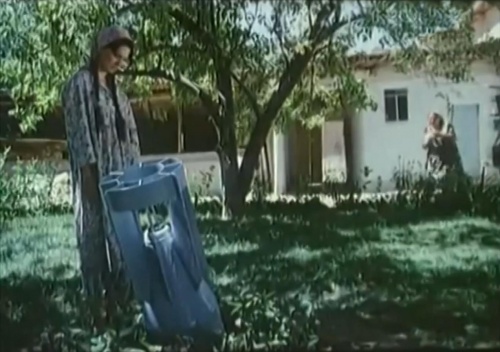 Risolat (Asal Sharipova) find a bomb in the garden. 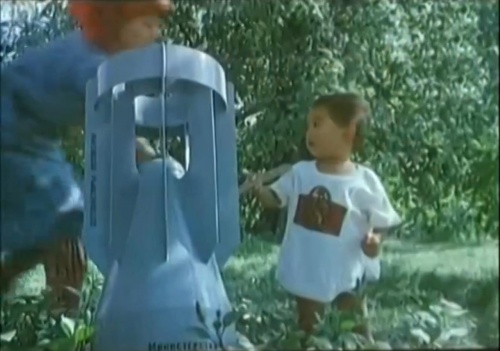 Good view of the bomb. 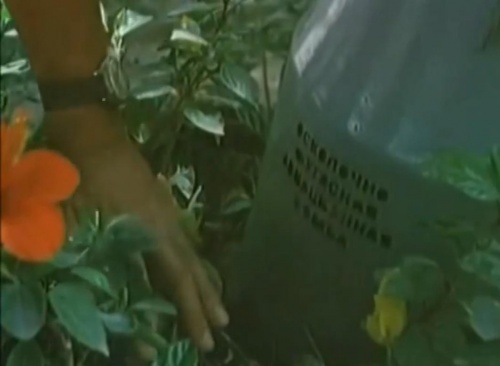 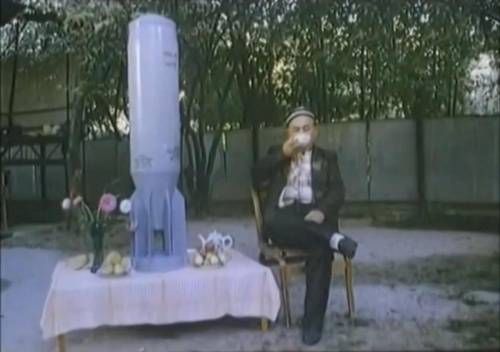 Perfect view of the bomb. 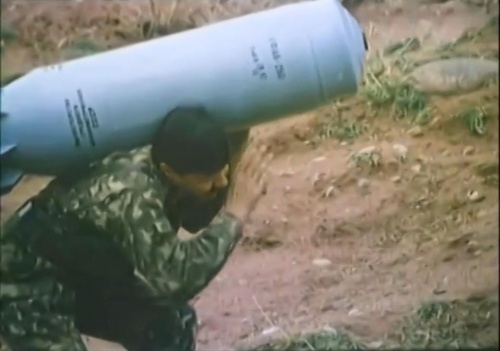 Rahim Ahmedov carry the bomb on his back. 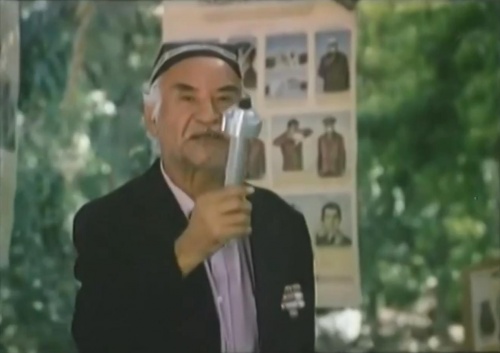 Musa (Dias Rakhmatov) holds the fuse of the bomb.

BTR-80 equipped with KPVT can be seen in the several scenes. 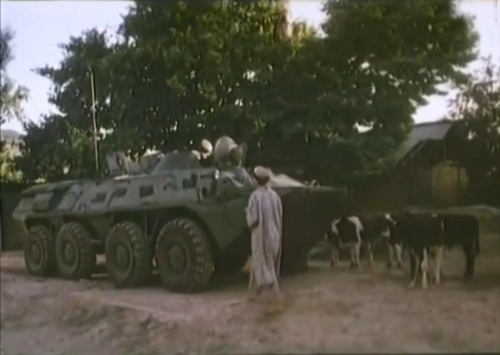 Good view of the armored car.
Retrieved from "https://www.imfdb.org/index.php?title=Bomb_(Bomba),_The&oldid=1443730"
Categories: