From Internet Movie Firearms Database - Guns in Movies, TV and Video Games
(Redirected from The African Queen)
Jump to navigation Jump to search

The following weapons were used in the film The African Queen:

A German officer at Kungdu (John von Kotze) is briefly seen with a holstered revolver (since this is a British production, this maybe a Webley Mk VI or Enfield No. 2). 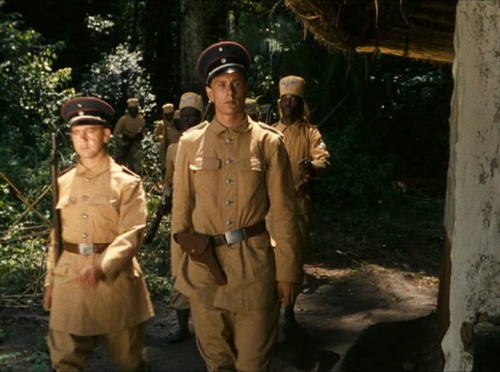 A German officer at Kungdu (John von Kotze) (right) is briefly seen with a holstered revolver. The holster and grip shape matches the Webley/Enfield.

German forces in East Africa are armed with Lee-Enfield Mk.I CLLE bolt-action rifles. The soldiers are seen holding them as they round up villagers. When German forces at Fort Shona open fire on The African Queen, the officer (Peter Swanwick) used rifle with a scope. This is another unlikely weapon, although with some convention it can stand for the Gewehr 1888.

Lee-Enfield Mk.I CLLE (Charger Loading Lee Enfield) - .303 British. Note the bridge over the receiver level with the rear of the magazine which contains a charging clip guide. 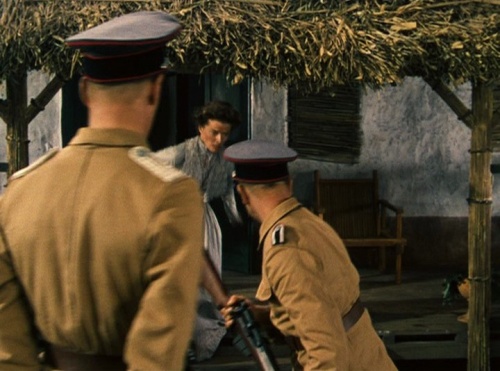 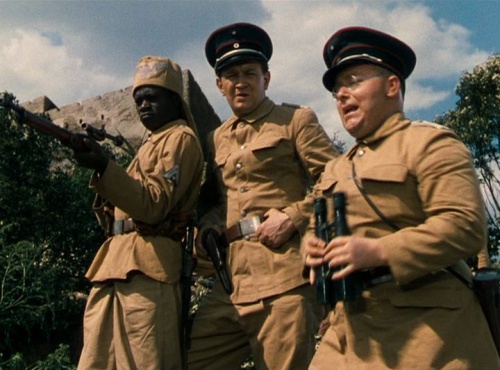 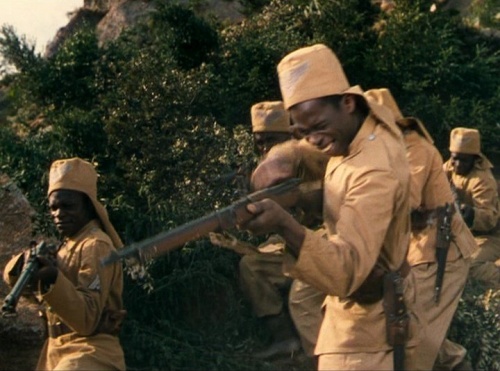 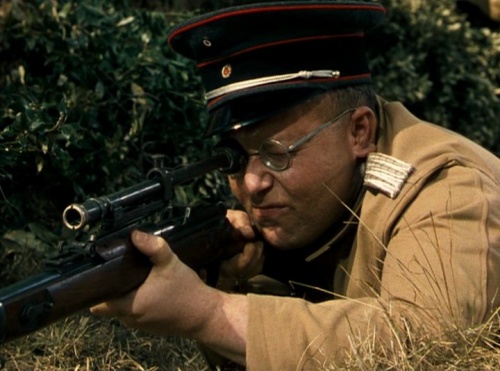