I didn't recognise him or the name at first, but it's the same guy who played Agent Brown in The Matrix. I think he's used enough firearms to have an IMFDB page now?--Thomas (talk) 01:59, 31 January 2013 (EST) 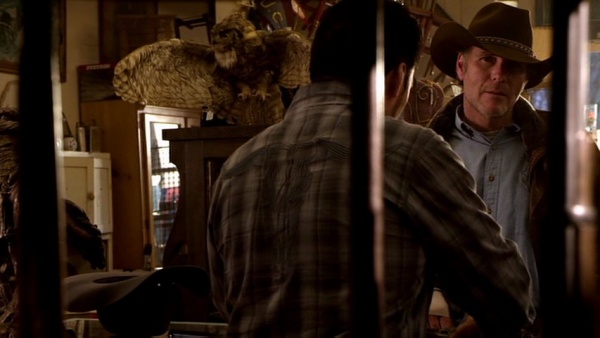 It's like they went out of their way to keep us from seeing it.

Octavio Muara (Lobo Sebastian) fires his AK at Walt and Eli in "The Cancer" (S01E04). I'm guessing it's some sort of AKS-74, given the folding stock (not really evident in these shots) and the curvature of the mag. It looks like it has a weird muzzle brake as well. Is this a commercially available configuration or is this a custom job? --Funkychinaman (talk) 13:04, 17 June 2013 (EDT) 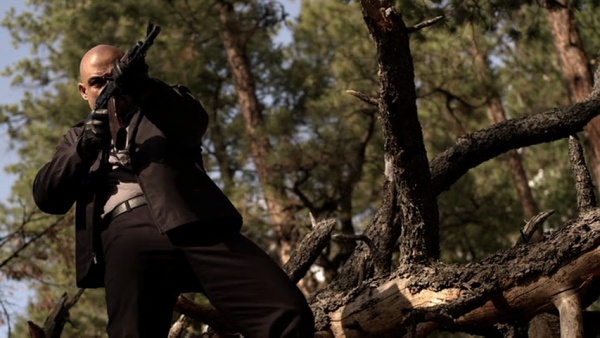 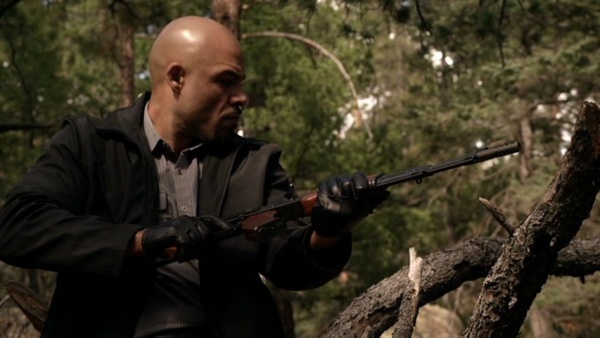 I've seen a lot of comparisons between Longmire and Murder, She Wrote, mainly in that they're both procedurals set in rustic locales which turn out to have astounding murder rates. Grantland ran an analysis last August. --Funkychinaman (talk) 21:27, 14 July 2014 (EDT)

DVDs for each season have been released around May-June in the past, so I'm thinking I'll get to it around June/July. It's been a fun show to do, not a lot of episodes per season, the show is enjoyable, and Katee Sackhoff has never looked better. --Funkychinaman (talk) 12:14, 25 August 2014 (EDT)