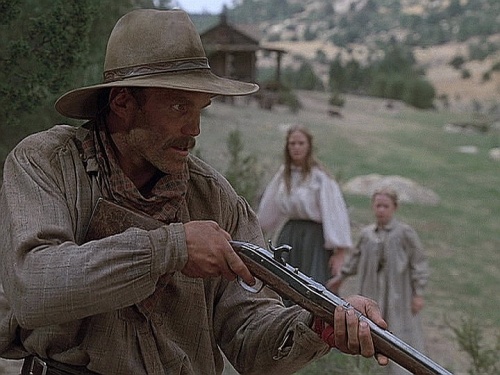 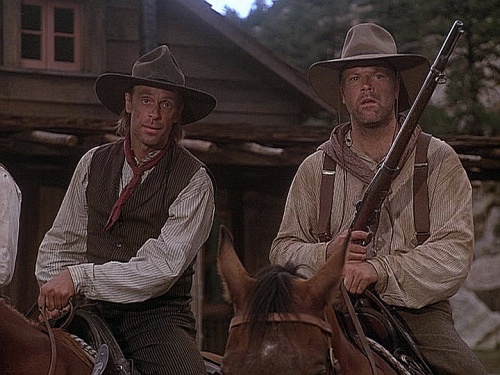 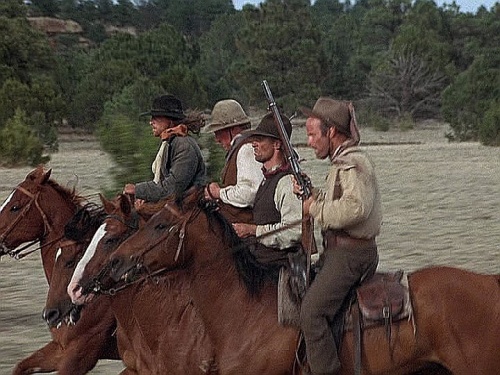 Blokhed comment - I'll try to get a screen capture of it some time, but I know my Western guns and I've never seen it before. It is probably a Civil War Era rifle.

Those are Hall breechloading carbines and they're originals introduced around the time of the Mexican War. Issued on both sides in the early days of the Civil War. Interesting to shoot.--Tecolote (talk) 20:22, 21 August 2015 (EDT)