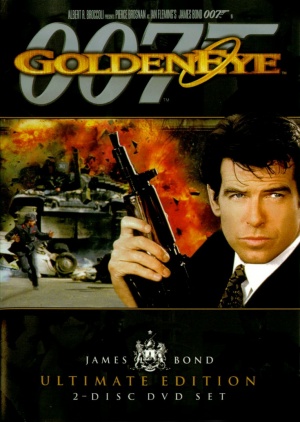 The reason why they don't use all AK-74s is economics. As an Armorer, I don't buy 20 or 30 of the newest or latest gun. The economics are not feasible since they will never rent enough to pay for themselves ever. Also the AK-74 lookalikes were real 5.45x39mm build up guns from parts kits and imported 5.45 receivers (and registered as Post-86 dealer samples) but only a few were made (at least in the U.S.). Now that parts kits have all but dried up due to ATF's ban we won't be seeing American Movie armorers getting (or building) any more of the latest Kalashnikov variants any time soon. MoviePropMaster2008 02:27, 25 November 2008 (UTC)

But what I mean is, if you DID have some real AK-74s already, wouldn't you make heavier use of them, and relegate the "fake" AK-74s to background characters only? That's the case in this film - they obviously do have SOME real AK-74s, yet they don't seem to use them very much. Instead, they use the Type 56s for many scenes, including uses of "hero" guns. Also, Bapty supplied the weapons for this film; dunno if that makes a difference. -MT2008 02:46, 25 November 2008 (UTC)

I see your point, but unfortunately, most directors and DPs can't tell the difference (believe me, when I've tried to point out the diff to them on set, they look at me like I'm a martian.) But also sometimes the best shots for editing reaction shots will end up being the guys with the chinese guns. By the time it gets to editing, the editor doesn't give a rat's ass about gusn (we all know about gun continuity errors, most of it is because most editors don't know guns). I know the film was done in England, but I just used the U.S. version as background into the how they would not have all AK74s. And say you spent the money and bought FOUR AK74s, it would simply take too much time to swap them around to be in the foreground. I know why they shot so many of the so called background guns. The reality is that director (not the armorer) didn't care. Hope that explains my point. :) Anyway, I've been on a lot of sets. The filming is fast and furious and if I tried to stop and make them swap the guns around, I'd be yelled at. Only the director (like one like Milius who cares about how a gun looks on camera) could arrange for that. I'm just defending the Bapty's guys, just to make sure that people don't think it's the armorer's fault. Anyway, just so we don't get everyone's panties in bunch ... we WILL move this to the discussion section in a litte bit. :) MoviePropMaster2008 06:44, 25 November 2008 (UTC)

Of course, I do take your point that the armorer knows better than the director that Russian soldiers should have authentic AK-74s and not Type 56s made to look like them. I'd be kinda worried about any armorer who didn't. :) -MT2008 23:44, 25 November 2008 (UTC)

My God, where they found these older Russian soldiers?! They are the same for 40-50 years! But Russian soldiers (privates) - are young people aged 18-20. No older than 25 years in any case. And yet, those "soldiers" who starred in the film, very hairy. I do not know whether it is possible to have such long hair in the British army (I doubt), but in the Russian army they would have big trouble with the sergeant (who are not better than Hartman from “F.M.J.”). Slow Rider 22:12, 24 January 2011 (UTC)

Okay, people need to stop changing the screencap size to 800px. That's too fucking big! 600px fills up some standard screen moniters completely, 800px veers off the screens! My computer doesn't but I've been on computers with screens that show this. So stop changing them back to 800px, the images are perfectly visible at 600px! - Gunmaster45

I correct myself, upon further examination I see the first gun is not even a Hi-Power, it is indeed a BDA MT2008. The confirming trait is the trigger guard, squared not rounded. Its sights are correct for the BDA and the slant as well.-RedJedRevolver

I think I figured it out. In the first shot the pistol is a Norinco NZ-75, in the other two it is the BDM. They used a lot of Norinco firearms in the film, it wouldn't surprise me. And it is definately a BDM in the next two shots. I don't understand why you guys think it is a BDA, that's a compact .380 pistol that this barely looks like. - Gunmaster45

He's not talking about the BDA .380, there is a full size BDA, and that it what was used in the first picture. And it is definitely not the Norinco.-RedJedRevolver

Oh, my bad. But I still think it is a Norinco NZ-75, the slide cuts and designs are exact. - Gunmaster45

Look at the Norinco, it has the slanted slide, however it also has a large cut/groove whatever you want to call it on the lower part of the slide below the barrel. That feature is absent in the picture.-RedJedRevolver

Hey it's fine, we all make mistakes, if you will move this to the talk page for future reference I'll get to work changing Section titles/pictures.

lol I just realized that every single screencap I took for the Makarov PM involves it being used to hold someone hostage. --AdAstra2009 02:32, 2 July 2009 (UTC)

To add to this, am I the only wonder who always wondered how Orumov pulled off shooting Trevelayn with (presumably) a blank from less then a foot away. Even if it was a blank, he'd still be injured. M14fanboy 08:32, 31 August 2009 (UTC)

I think a bigger question is, if he fired a blank at Trevelyan, then what type of bullet did he use on the soldier he killed for shooting at Bond against his orders? Of course, it might be that this, too, was staged, and that the soldier wasn't actually shot. But that's a MUCH bigger issue which the movie leaves unresolved. -MT2008 14:25, 12 September 2009 (UTC)

Most likely this was continuity problem. Or he missed when shooting Trevelyan and Bond didn't get a good look at the shot. Either way, that's the problem. We can believe they were blanks, but since Orumov shot one of his own for almost accidentally shooting at tanks full of nerve gas. Excalibur01 16:25, 12 September 2009 (UTC)

Or it could possibly be a mock execution.

I just thought of another thing watching this the other day. When Mishkin puts Bonds PPK on the table, after I assume confiscating it, shouldn't he have removed all ammunition? I wouldn't think that GRU guys would juts leave the bullets in a confiscated pistol like that. M14fanboy

Is it just me, or does it kinda look like a stainless steel version of the pistol from The Man From U.N.C.L.E? (The actual UNCLE gun)

On the bottom right and up the left side of the picture, those tanks seem to be Leopard ones?

Actually, the other tanks besides the T-55 are all British Chieftains mocked up to look "Russian". I think there was literally only a single T-55 used in all of filming.

what's so strange about the pen grenade and why would you remove it? the "piton gun" is a modified paintball gun. It's a fantastical device, just like the pen grenade. It's just as ridiculous yet the pen is actually a weapon. If you put the piton gun in, you gotta put the piton belt in.GuyGuy 21:48, 5 June 2010 (UTC)

Read the following> IMFDB_listing_of_Fictional_Firearms mainly this line: "If the weapon (for any reason) would lead the general public to believe that it is a real firearms or based on one. "

I'd dump the piton gun too. It's not a weapon, it's climbing equipment. Why not the watch with the laser while we're at it? We should be able to distinguish between a weapon and a gadget that can kill someone. The Diamonds Are Forever page doesn't have a piton gun, and Bond actually kills a guy with it. The "ghetto blaster" from Living Daylights isn't there either. --funkychinaman 02:49, 6 June 2010 (UTC)

- Bah, I almost consider the 'pen grenade' a entirely fantasy weapon, and as it says - Fantasy weapons which have no basis in real weapons technology do not belong here. I also agree with funky on the piton gun and watch laser as well. The piton gun is a piece of equipment, not an actual weapon. And hell, the watch-laser is about as 'fantasy weapon' as it gets. StanTheMan 02:57, 6 June 2010 (UTC)

I thoroughly accept this as an answer. At least it makes sense and isn't just some internet delete fest. Although I would argue it to be a device grounded in reality. I know the Mossad used practical items containing explosives to assassinate members of the PLO in the 80s, the Anarchist cookbook has plans for an explosive pen, it's entirely plausible (if not practical - and that explosion size was more than just a bit off). Didn't the Mythbusters make one? Anywho, I follow the general consensus on this matter. GuyGuy 05:19, 6 June 2010 (UTC)

This never occurred to me, and I don't think it was addressed in the movie itself, but does the grenade pen actually function as a pen? (BTW, Parker Stainless Steel Jotters are great pens. They're probably the best value out there if you're looking for a professional-looking pen.) --funkychinaman 15:15, 19 July 2010 (UTC)

I got some screens of this scene. I'll put 'em here and ask for permission to move it back to the main page. BeardedHoplite 23:58, 20 September 2010 (UTC)

Out of curiosity, is this scene available on DVD? Those YouTube captures look awful. I have no problem with documenting weapons in deleted scenes for the benefit of our readers, but it would be nice if the images matched the quality of those elsewhere on the page. -MT2008 00:38, 21 September 2010 (UTC)

Maybe on the new JB collection DVD, although I don't think they would be that much better. Since if wasn't offically put into the film, but I wouldn't know. BeardedHoplite 00:44, 21 September 2010 (UTC)

When Ouromov kills the guard and defense minister with Bonds PPK in the interrogation room, he empties the bullets out of the magazine and gives the gun back to bond, but wouldn't it still have a round in the chamber?

PropStore is currently auctioning off two of the weapons used by Pierce Brosnan in this movie:

Interesting trivia note: PropStore has confirmed with Bapty & Co. Ltd. that the AKS-74U from this movie was also used in both Tomb Raider (ironically, by future James Bond Daniel Craig) and Die Another Day. I wouldn't be surprised if it appeared in the other James Bond movies from the Brosnan era (Tomorrow Never Dies and The World Is Not Enough) and probably other movies that Bapty & Co. has worked on. I can't imagine that they had very many of these guns in their inventory. -MT2008 (talk) 15:43, 7 November 2020 (EST)