the unknown rifle is just an m4 with an elcan specter dr scope and other accessories. 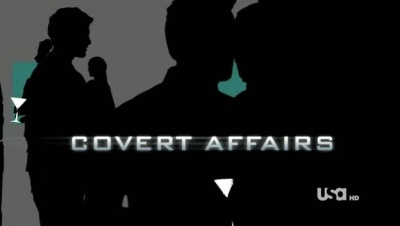 The one already there.

The one a found on the Wiki page.

Ominae, you have to read the rules regarding spoilers. Don't reveal too much about the story or plot. It is not necessary to identifying the gun. MoviePropMaster2008 19:25, 4 September 2010 (UTC)

I appreciate dramatic license as much as the next guy but the one overwhelming problem I have is the fact that the CIA's charter specifically forbids it from operating on U.S. soil. And while this show is somewhat entertaining the aplomb with which the Agency operates, armed, in the US is a little much. --Charon68 21:31, 4 September 2010 (UTC)

Really? With all the BS this government pulls, would the CIA operating domestically really be that surprising?

In the season finale it looks like Jai's hand gun is now what appears to be a Baretta 92 series of some sort. He uses it with a supressor in the huge building under construction in Sri Lanka. User:mdw

I have some quick and dirty shots of the weapon uploaded:

The DAK trigger appears to be only available in the P-series http://en.wikipedia.org/wiki/SIG_Sauer_P226#DAK_Version User:mdw

Yeah it can be DAO http://www.gunnerspress.com/blog/2009/05/16/sig-sauer-sp2022-9mm-pure-reliability/ It says that it can be easily converted to DAO. im pretty solid that it's a 2022, so it must be Modified or just decocked.-User:SargeOverkill

Did some major editing and changes to the page. Gimme a heads up if you see something that is incorrect or out of place User:SargeOverkill

--Tweaked the section on the stash of guns, it was Sadiq's stash that Jai finds. User:mdw

Sorry, I'm new to this, so I thought I'd just give a heads-up on some weapons I saw. Eyal Lavine (the Mossad agent) carried a Walther P99, if I'm not mistaken. One of the Syrians had a Beretta 92FS and another one had a Glock. GunEnthusiast 18:06, 1 July 2011 (CDT)

I guess I'm one of the few who find this show pretty enjoyable, it's not the most amazing show, but it's pretty fun. The page needs shots for Season 2, I realize many of the weapons are repeats, but at the least in S2E7 we see flash backs to Auggie's unit in Iraq. The team all seem to have different weapons from what I recall.

Auggie for example was carrying what looked like an H&K MP7 while others had the standard issue M4, etc. I mean I know a special ops team has different roles with different equipment, but are MP7's used by the Army Special Forces? --Mdw 11:49, 19 December 2011 (CST)