Talk:Adele Hasn't Had Her Dinner Yet

The second unknown revolver looks like a Colt, maybe a Police Positive or a New Service. And the fantasy weapon looks like it was built from a Sten. --Funkychinaman (talk) 15:17, 25 February 2016 (EST)

Rupert von Kratzmar's revolver is possibly a British Webley RIC or its Belgian clone, known as British Constabulary revolver. While most RIC revolvers had smooth barrel and cylinder, versions with facetted barrel and fluted cylinder also exited, like this one. Greg-Z (talk) 15:51, 25 February 2016 (EST)

On the wall is the unidentified revolver. 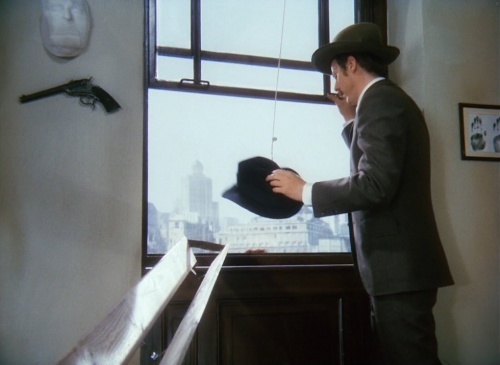