Sound of Music, The 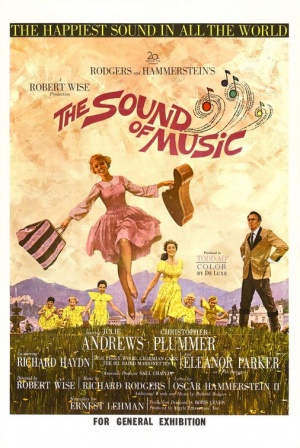 The following weapons were used in the film The Sound of Music:

During the film's climax, Rolfe (Daniel Truhitte), the former telegraph delivery boy turned Nazi, draws his Luger P08 on Capt. Von Trapp (Christopher Plummer). After he slowly approaches Rolfe, the Captain is able to disarm him. In the DVD commentary for the film The Final Cut, it was mentioned that actor James Caviezel used the way Rolfe held his gun in this film as reference on the particular stance the director desired for that film.

"You will never be one of them."
Capt. Von Trapp (Christopher Plummer) takes the Luger from Rolf, who then calls for his superior officer to apprehend the Von Trapps.
Retrieved from "https://www.imfdb.org/index.php?title=Sound_of_Music,_The&oldid=850230"
Categories: