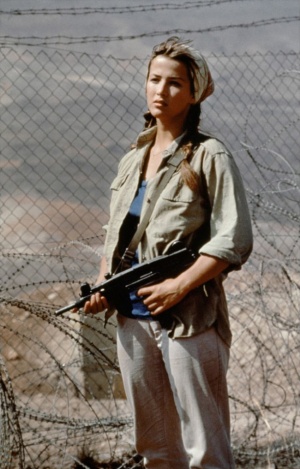 Sophie Marceau is a French actress, director, screenwriter, and author. She was born as Sophie Danièle Sylvie Maupu 17 November 1966 in Paris. She started her movie career at age 14 in 1980's The Party. Her other notable roles were as Princess Isabelle opposite Mel Gibson in 1995's Braveheart and as Elektra King in the 1999 James Bond film The World Is Not Enough. She has a son Vincent from her marriage with director Andrzej Zulawski and a daughter Juliette from the second relationship with producer Jim Lemley. She currently lives in Paris.