Sherlock Holmes Faces Death is an American 1943 detective movie, directed by Roy William Neill and starring Basil Rathbone as Sherlock Holmes and Nigel Bruce as Dr. Watson. This is the sixth installment to the series of fourteen Sherlock Holmes films starring Rathbone and Bruce. After three spy movies, this one marks a return to the pure detectives, but the story is still set in 1940s. The plot is adapted from "The Adventure of the Musgrave Ritual". Musgrave Manor estate is used as a hospital for shell-shoked militarymen, and Dr. Watson is in charge of the medical facility. When another physician, Dr. Sexton, is attacked when out on a walk, Watson asks Holmes to help with this case.

The following weapons were used in the film Sherlock Holmes Faces Death: 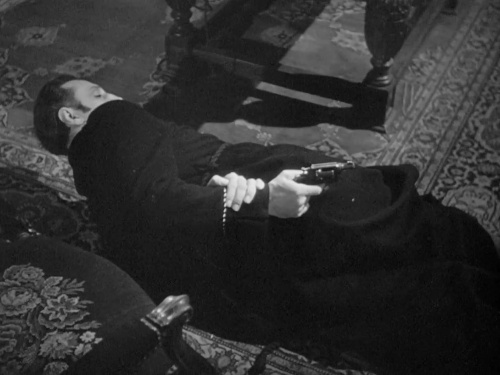 When holding an investigation, Holmes ascertains if a man with tied hands could fire a revolver, as it presumably did a suspect. 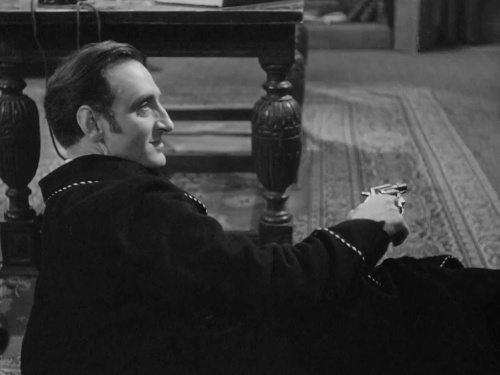 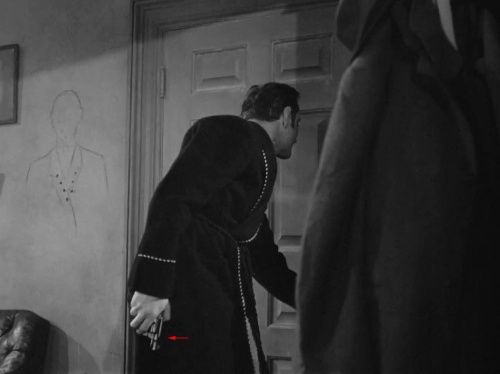 Holmes opens the door to Mrs. Hudson (Mary Gordon) who is not very happy about the firing in her house. Note the bullet marks on the silhouette of a man on the wall: Holmes' six-shooter fired seven times a row. 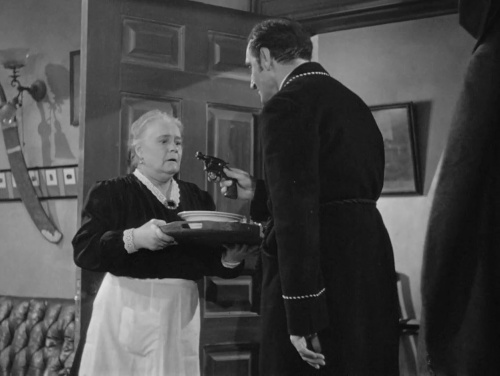 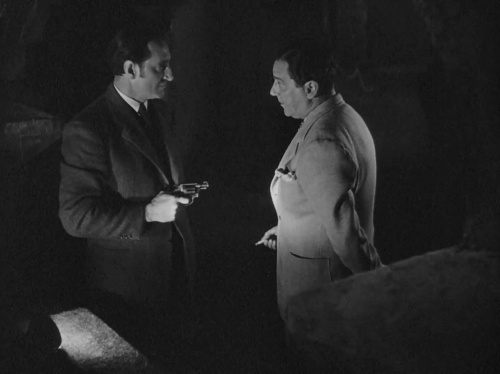 Holmes sets a trap for the murderer who turns out to be Dr. Sexton. 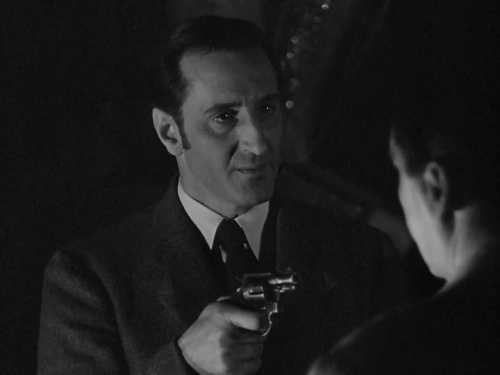 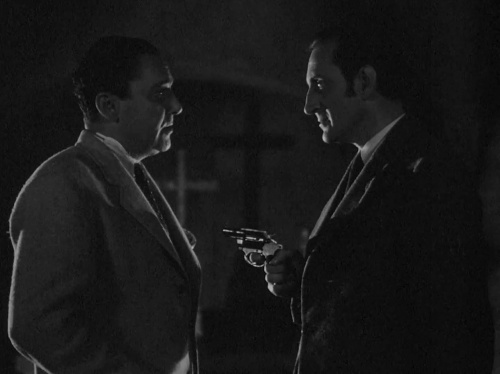 A view of Holmes' Colt from another side. 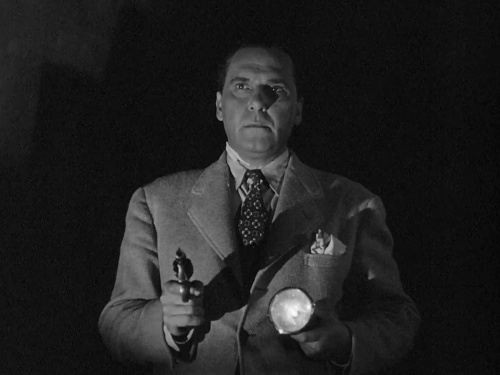 The revolver in hands of Dr. Sexton. 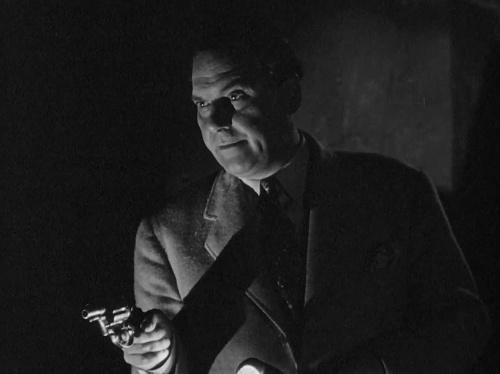 He fires at Holmes, not knowing that the revolver is loaded with blanks. 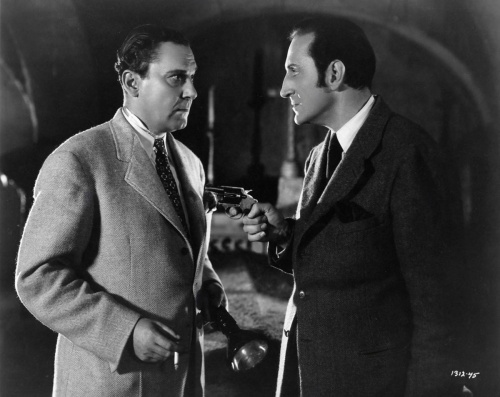 Holmes' Colt DS is seen on a promotional image.

While in earlier movies of the series Dr. Watson (Nigel Bruce) uses a Bulldog revolver for the most part, in this film his weapon is an equally antique (for 1940s) Colt 1877 Thunderer Shopkeeper Model. 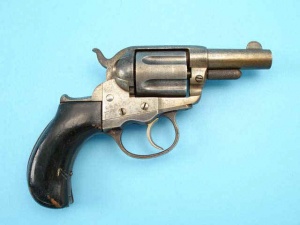 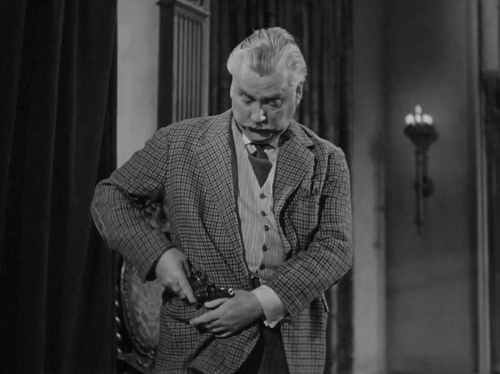 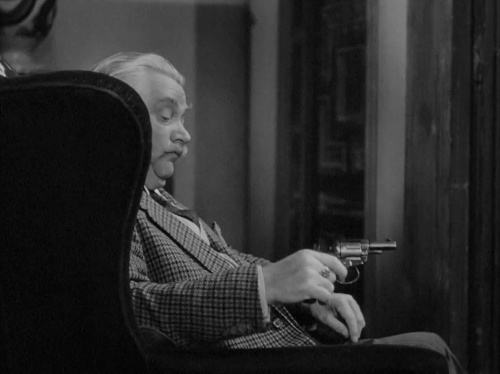 He guards the door to the crypt. 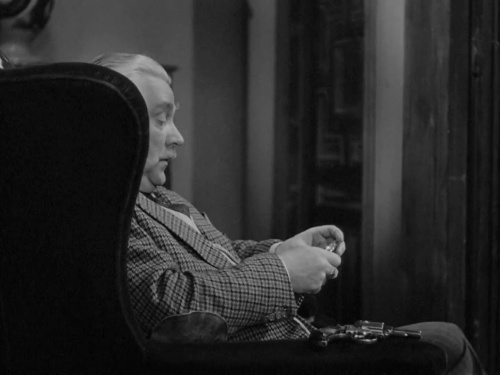 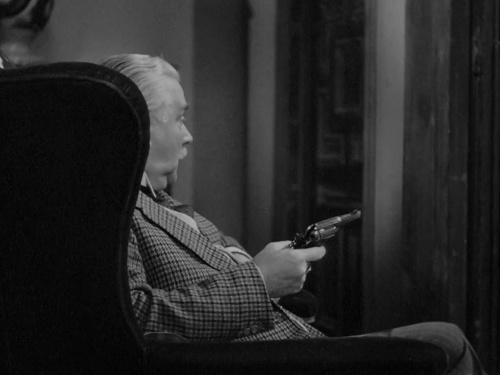 A view of the revolver from the back. 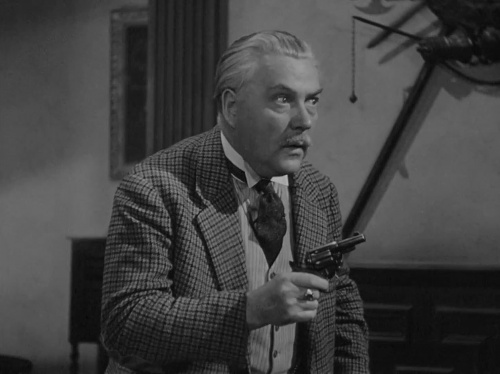 Watson is alert when he hears suspicious noises. 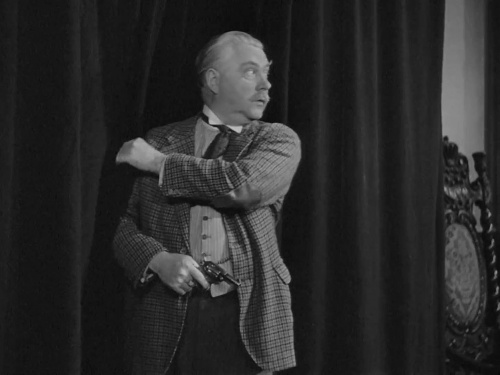 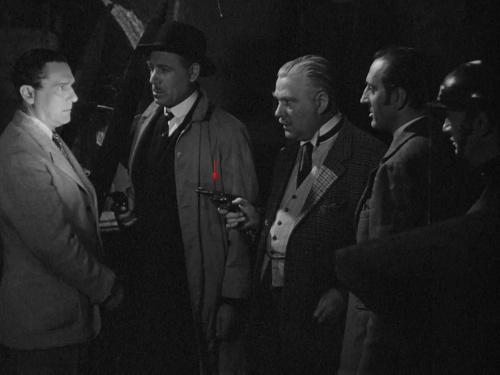 Watson aims his revolver at Sexton when Lestrade arrests the villain. 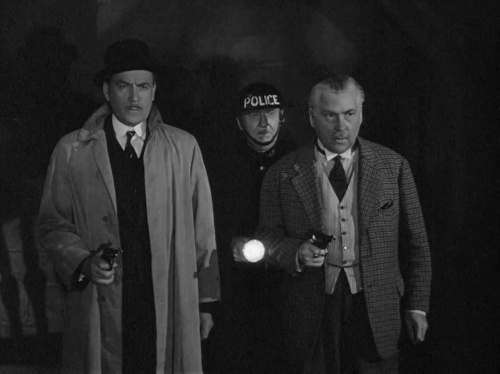 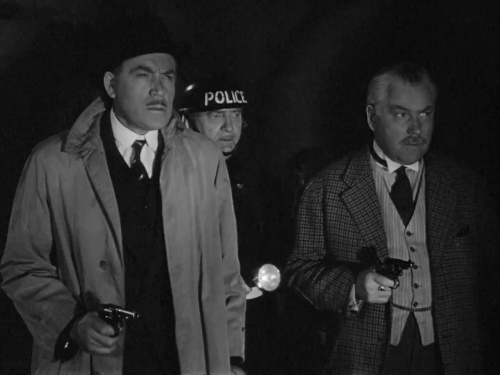 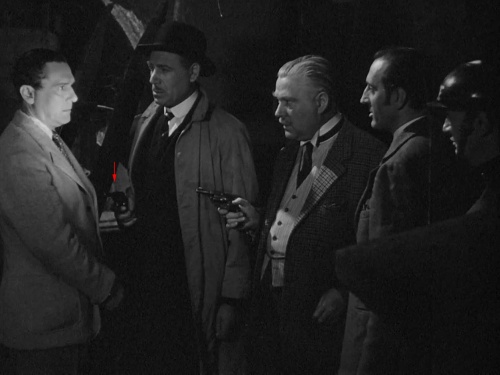 The arrest of Sexton. 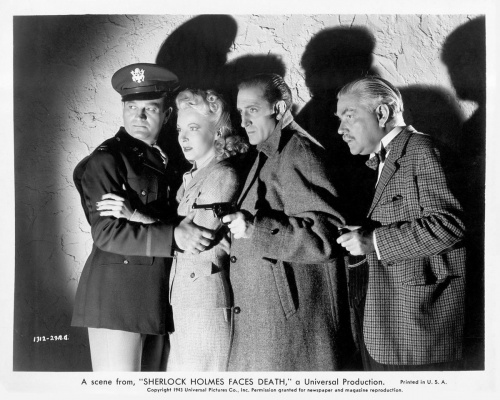 Sherlock Holmes holds a Colt Police Positive on a promotional image. He doesn't use this gun in the movie. 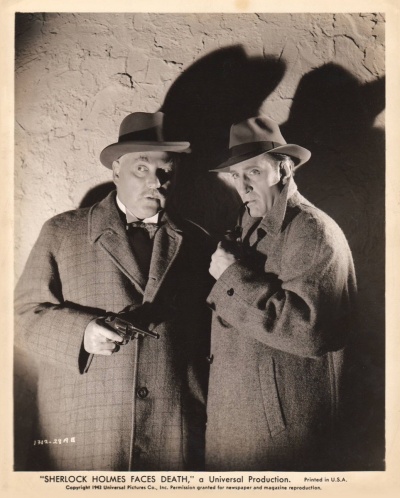 Dr. Watson holds a Colt Police Positive on a promotional image. He doesn't use this gun in the movie.
Retrieved from "https://www.imfdb.org/index.php?title=Sherlock_Holmes_Faces_Death&oldid=1309400"
Categories: