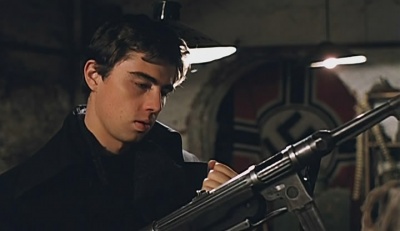 Sergei Bodrov, Jr. (1971-2002) was a Russian actor, writer, director and a TV show host, son of film director Sergei Bodrov Sr. In 2002 he was location scouting in the mountains for a new movie with his crew when all they were buried by an avalanche. The bodies were never found.