The following lists the films in the IMFDB directed by Samuel Fuller:
(1912-1997) 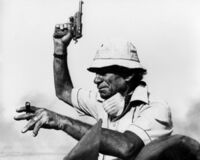 Sam Fuller on the set of The Big Red One using a blank loaded Walther P38 as a starter pistol for a scene. 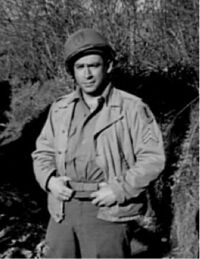 Sam Fuller as an infantry soldier with the 16th Infantry Regiment,1st Infantry Division during WWII

Samuel Michael Fuller (1912 - 1997) was an American film director, screenwriter and novelist. Many of his films are remembered for their controversial topics and presentations. Samuel Fuller served as an infantryman in World War II with the famed U.S. Army 1st Infantry Division, 16th Infantry Regiment. He fought in North Africa, Sicily, France, and Germany and was awarded the Silver Star, Bronze Star, Purple Heart and the Combat Infantryman's Badge (CIB). The movie The Big Red One (written and directed by Fuller) is considered to be a semi-autobiographical account of his war experience.

The following 13 pages are in this category, out of 13 total.