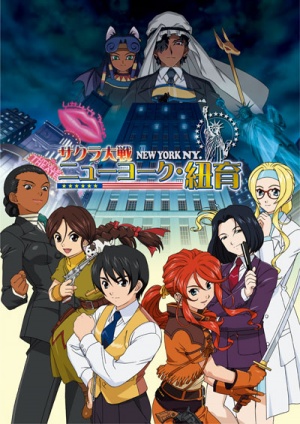 The following weapons were used in the OVA Sakura Taisen: New York NY:

A Flintlock Pistol is seen wielded by an armed man standing next to Liberty in the "La Liberté guidant le peuple" painting in "Forbidden Island". 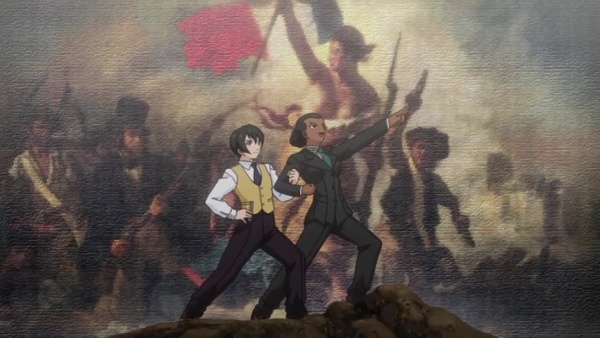 Shinjiro and Sagitta pose in front of the famous "La Liberté guidant le peuple" painting. Note that since the background is the same as the actual painting.

A hostage taker and NYPD officers use M1911A1s in "Me and My Girl". 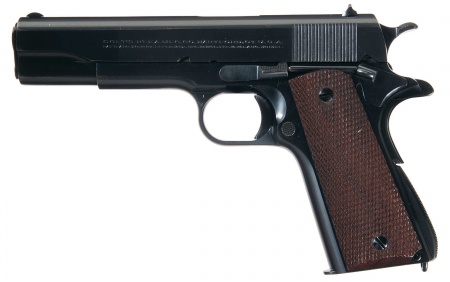 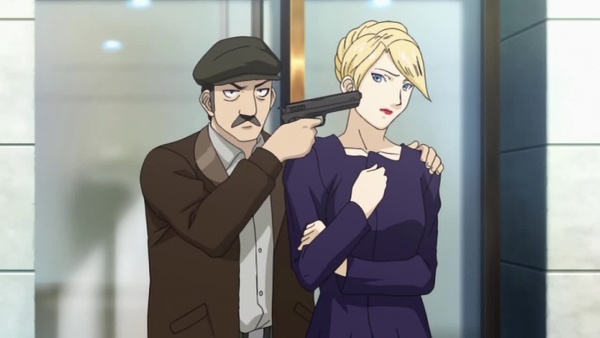 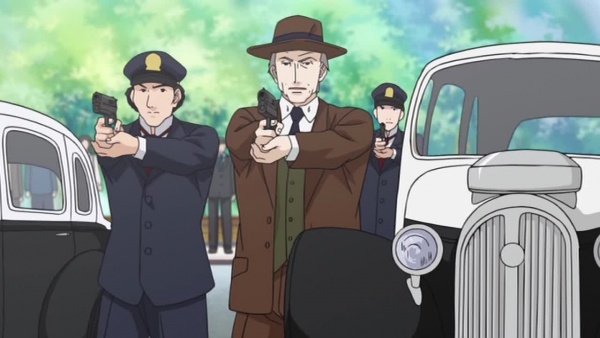 NYPD officers in a standoff. The use of semi-autos is incorrect since the OVA is set in the 1920s and their main sidearm is either the Colt Official Police or the Smith & Wesson Model 10 revolvers. 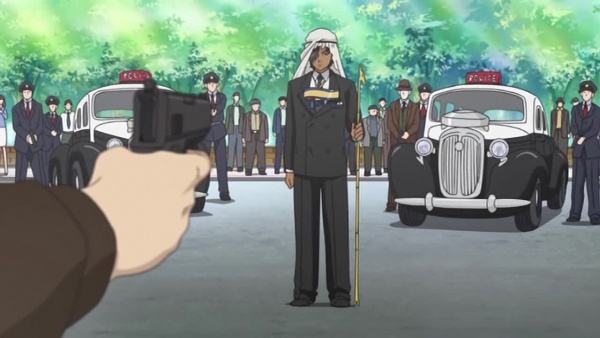 The armed man aims his M1911 at Tutankhamen. Boy does he dress up really good for this hostage crisis.

Gemini Sunrise is armed with a Colt Single Action Army as her main sidearm in Sakura Taisen V and in the OVA. She never uses this since Gemini relies on her katana "Red Sun" when she fights in battle. 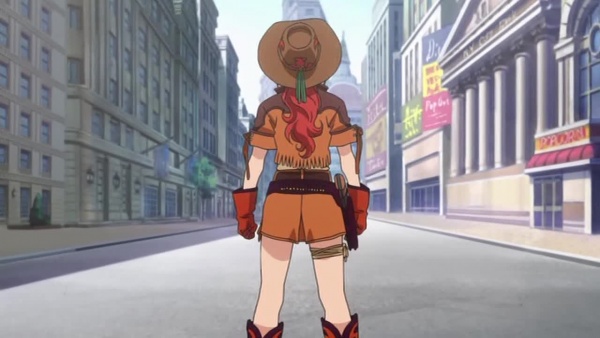 Gemini Sunrise with the SAA on the holster positioned on her right hip in the OP sequence of Sakura Taisen: New York NY. Note the bullets placed on her belt. 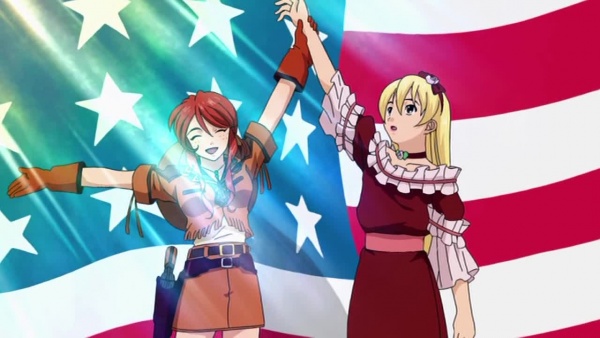 The SAA holstered when Gemini explains to Shinjiro (who is unfortunately dressed up as "Peppermint") on the American frontier spirit in "Me and My Girl". 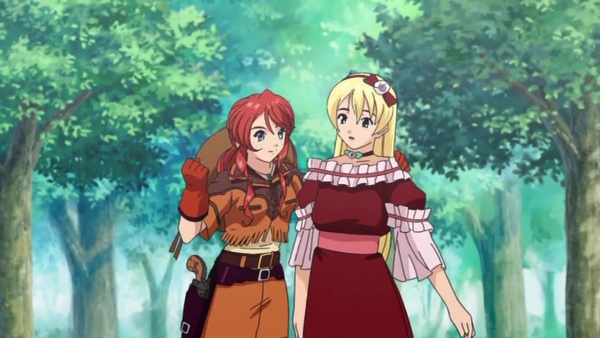 Gemini turns to the side, allowing viewers to get a good look at the grip of her SAA.

Rikaritta Aries is armed with dual Remington 1858 New Army revolvers, one gold plated and the other silver plated, as her main sidearms in Sakura Taisen V and in the OVA. 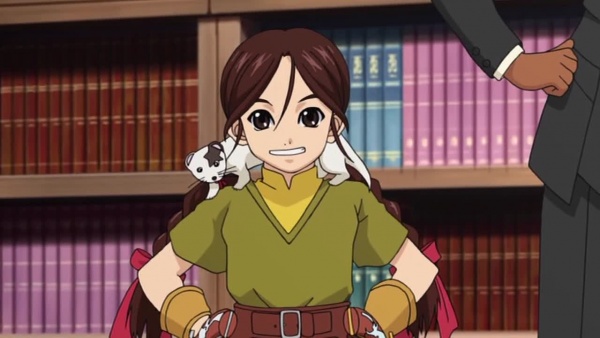 Rikaritta with her holstered 1858 New Army revolvers in "Me and My Girl". 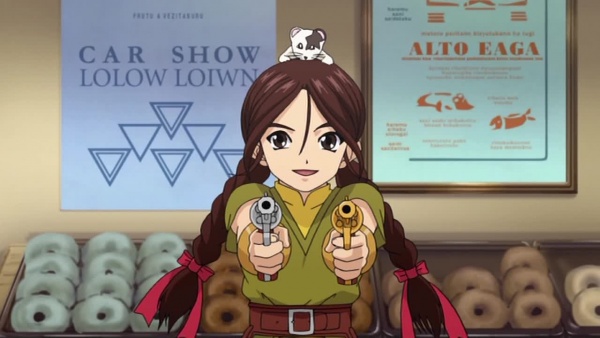 She does her own things to "persuade" Shinjiro to dress up as a girl for a stage play. 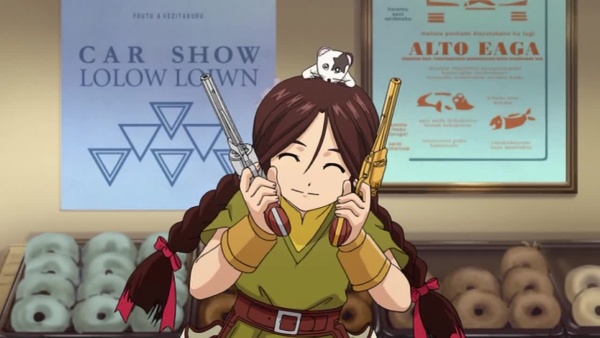 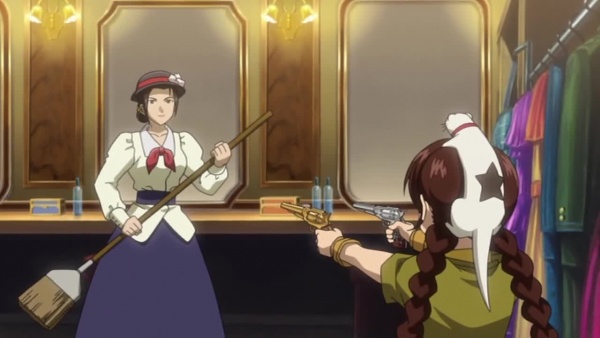 Rikaritta draws out her 1858 New Army revolvers at Futaba Taiga, Shinjiro's mom in "Mother, I want to Sing!". Did we forget to mention that she's trained in kendo? 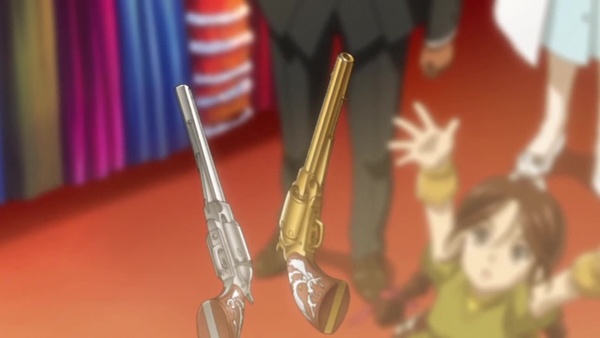 Yeah, thought so. Also you can get a good look at Rikaritta's 1858 New Army revolvers.

The "La Liberté guidant le peuple" painting shows a man in a top hat and Liberty wielding a Charleville Musket in "Forbidden Island", which is correct since the painting was depicting the success of the July Revolution against Charles X of France.

Shinjiro and Sagitta pose in front of the famous "La Liberté guidant le peuple" painting. Note that since the background is the same as the actual painting.