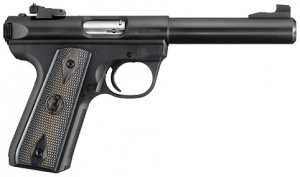 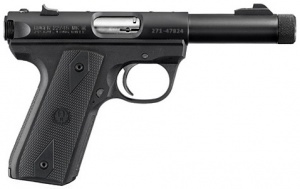 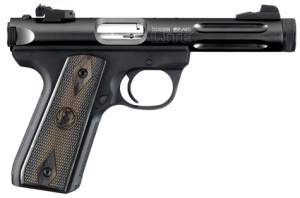 The Ruger 22/45 is a .22 pistol manufactured by the Sturm, Ruger & Company. It is currently based on the Ruger Mk III but featured a polymer frame with a Colt 1911 style grip (some variants will accept 1911 grip plates). As with the more traditional Mk III, the 22/45 is available in a large number of different variants.

The Ruger 22/45 and variants can be seen in the following films, television series, video games, and anime used by the following actors: