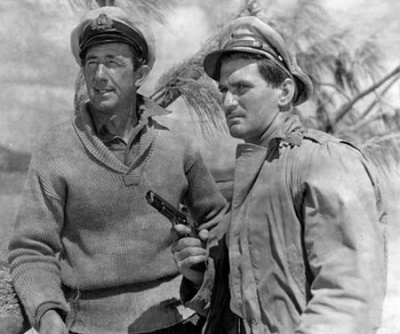 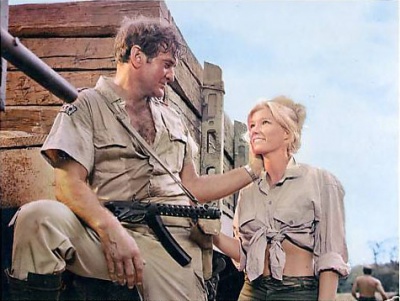 Rod Taylor with a Sterling SMG as Capt. Bruce Curry and Yvette Mimieux as Claire in Dark of the Sun (1968). Production still.

Rodney Sturt "Rod" Taylor (January 11, 1930 - January 7, 2015) was an Australian actor who is well known to movie audiences for his roles in The Time Machine (1960) and in Alfred Hitchcock's The Birds (1963). Taylor also had several roles on television, appearing in such classic series as The Twilight Zone, Studio One and Playhouse 90. He appeared sporadically in small film roles in his later years and his final role was appearing as Winston Churchill in 2009's Inglourious Basterds. He passed away from a heart attack at his Los Angeles home at the age of 84.