The following weapons were used in the film Prey, The (La Proie):

The Beretta 92FS Centurion is the pistol carried by Claire Linné (Alice Taglioni). This same pistol also shows up on several occasions in the hands of minor characters. 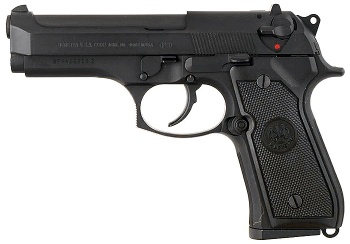 Inspector Lafay (Serge Hazanavicius) hands Claire back her gun, which she lost during the chase.

Franck Adrien (Albert Dupontel) disarms Claire of her pistol and holds the owner at gunpoint.

Claire aims her gun at the killer. 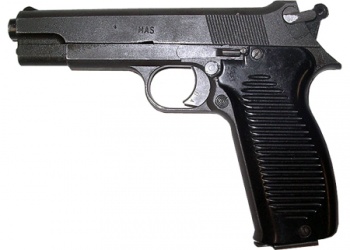 Many police officers, including Inspector Lafay (Serge Hazanavicius), use the SP 2022 as their sidearms.

Police officers with their pistols in hand.

Lafay (Serge Hazanavicius) holds his sidearm when searching for the killer in a house.

Lucciano (Zinedine Soualem) aims his gun on the killer.

An SP 2022 in Lafay's hands aimed at Pascaud (Jean-Marie Winling).

Claire Linné (Alice Taglioni) also carries a Taurus PT 24/7, which is an unlikely choice for a French police officer. 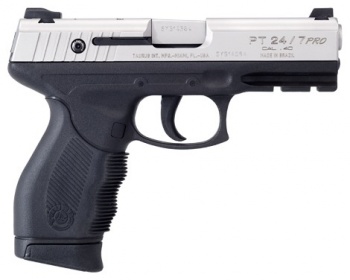 Claire pulls her Taurus at the fleeing Franck Adrian.

Claire with her Taurus.

A member of the police patrol (left) on the road has a Beretta M12.

The mobster Costa (Patrick Steltzer) is equipped with a Mini Uzi.

Costa pulls a gun hidden under the couch...

...and opens fire at the policemen.

He then takes cover behind the bar, Mini Uzi in his hand.

Modern Baikal Commercial hammerless side by side shotgun - 12 gauge

French policemen are often seen with several types of Mitchell 9115 SAS shotguns. They can be distinguished from their Armscor cousin by a different form of receiver.

Lafay (Serge Hazanavicius) in action with Mitchell shotgun in his hands.

The police patrol on a road fire the Mitchell shotguns.

A French cop holds an unidentified shotgun in one scene.

The French gendarmes are armed with Heckler & Koch G36Cs.

Pascaud (Jean-Marie Winling) is armed with an unidentified sniper rifle.