Parting Shots is a 1998 British crime comedy film directed by Michael Winner. A photographer Harry Sterndale (Chris Rea) is doomed: his doctor said that he will die in six weeks. Harry decides to get his revenge on all those who hurt him during his life so he illegally purchases a pistol and goes out on a war path.

The following weapons were used in the film Parting Shots: 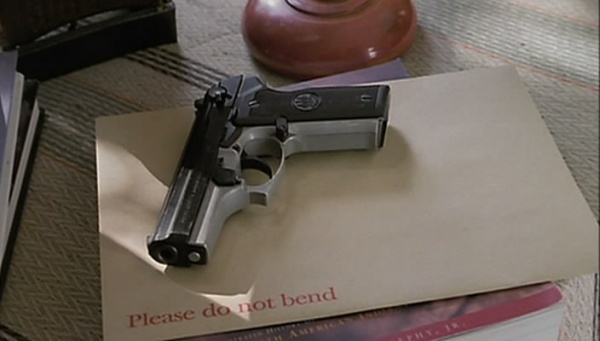 Harry's two-tone Beretta Cougar. The pistol lacks the magazine in this scene. 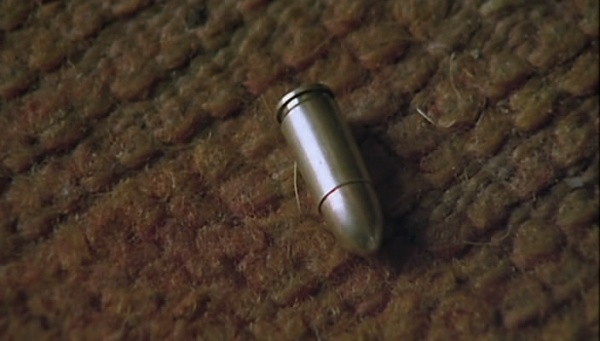 A cartridge on the floor. 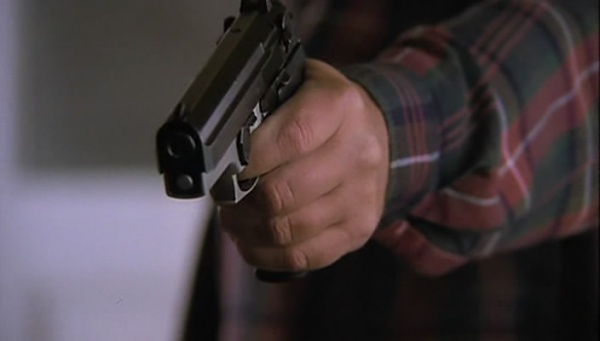 A close view at the business end. 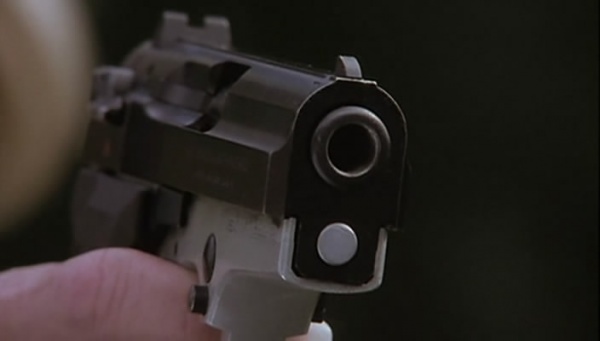 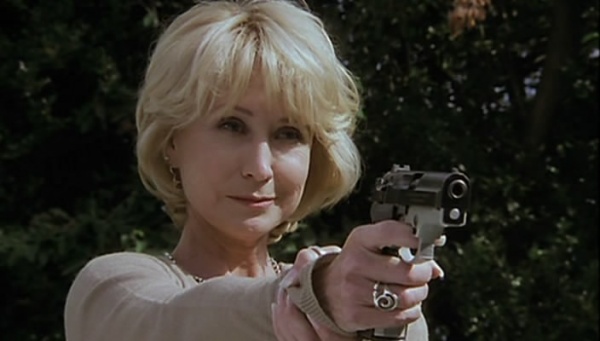 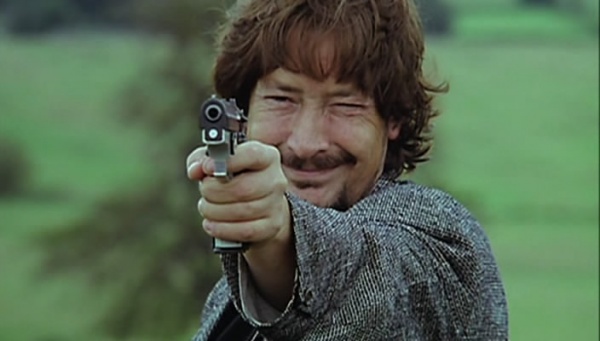 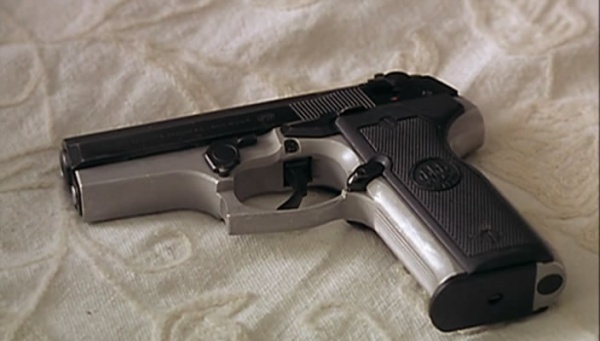 One more close view at the pistol. Beretta logo is seen on the grip. 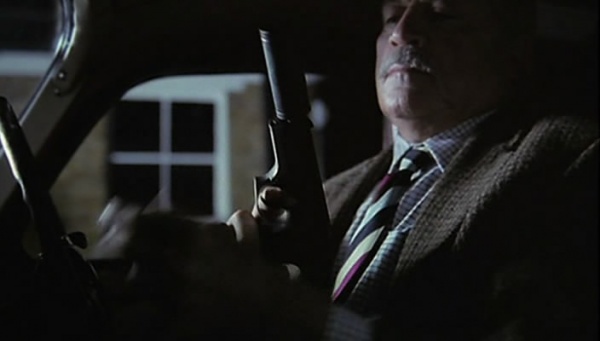 Jamie Campbell-Stewart attaches a suppressor to the pistol. 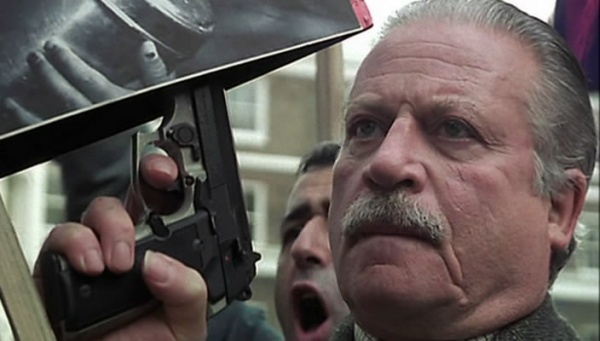 Glock 17 pistols are briefly seen in hands of British police. They appear to be airsoft replicas. 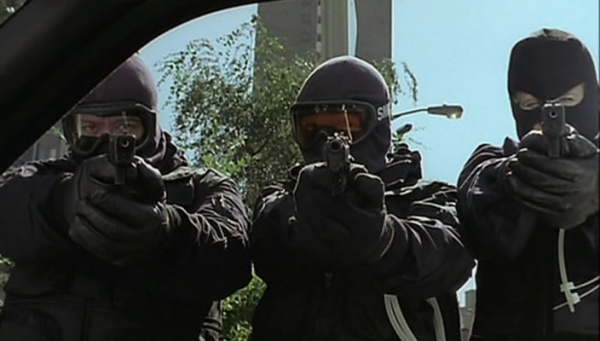 Three police officers aims their pistols at Harry. The one in the middle is armed with a Beretta 92FS while two others hold Glock 17s. The Glocks seem to be airsoft replicas, judging by the visible inner barrels. 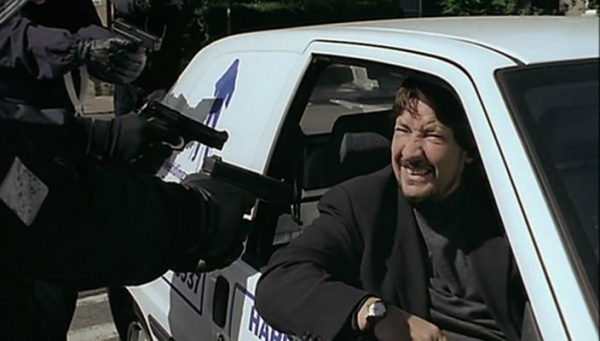 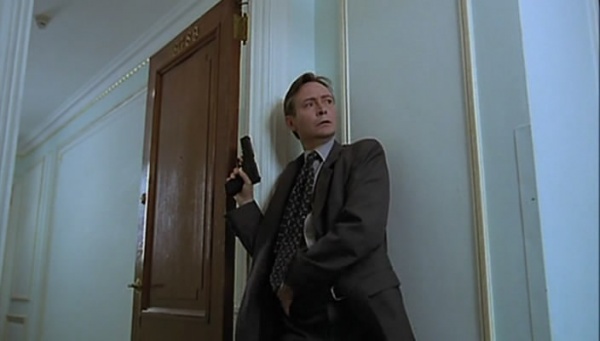 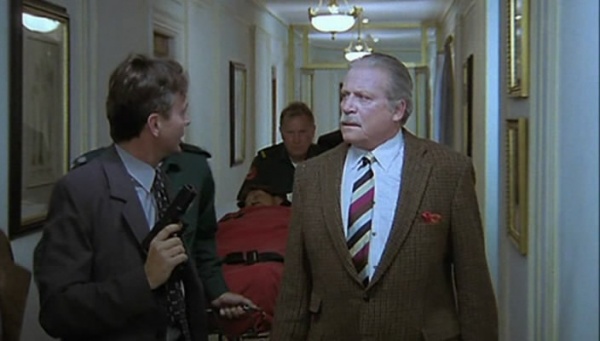 Here Ray's pistol is seen better and it's supposed to be a Glock 17.

A Beretta 92FS pistol is briefly seen in hands of a British police officer.

Three police officers aims their pistols at Harry. The one in the middle is armed with a Beretta while two others hold Glocks.

Some other pistols are also seen in hands of British police. 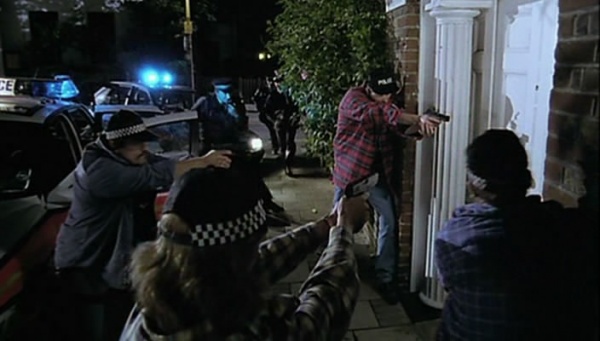 Plainclothes police officers with pistols. The one in hands of a female police officer is supposed to be a Glock but not for sure, while other pistols aren't seen clear enough to make a guess.
Retrieved from "https://www.imfdb.org/index.php?title=Parting_Shots&oldid=827255"
Categories: