The Octagon is a 1980 action movie directed by Eric Karson starring Chuck Norris as a martial artist Scott James who must stop a group of terrorists trained in the ninja style by his half-brother Seikura (Tadashi Yamashita).

The following weapons are seen in the movie The Octagon: 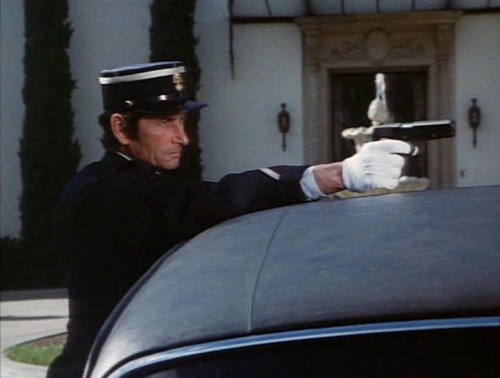 The police officer fires his pistol at the terrorists. 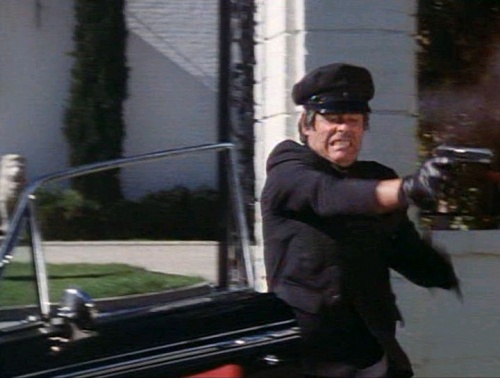 The driver is shot before he could open fire.

A Colt Detective Special 3rd Gen revolver is used by the female bodyguard (Janell Twomey) during the terrorist attack in Paris. In another scene during the night shootout between McCarn's and Doggo's men "Hatband" (Aaron Norris) is armed with a suppressed Colt DS 3rd Gen. 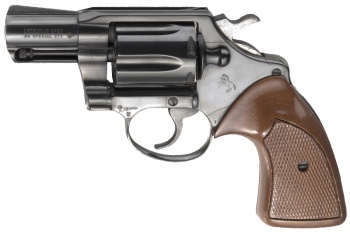 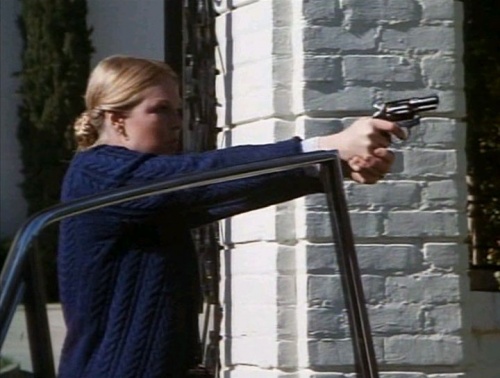 The female bodyguard fires her revolver. 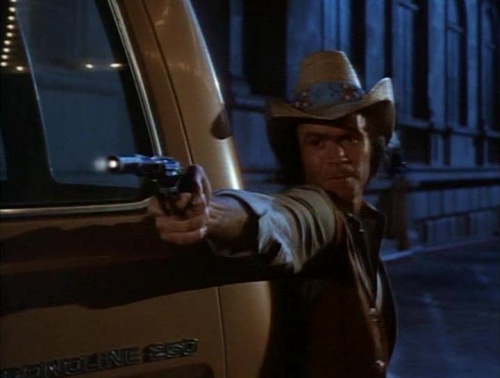 "Hatband" with his revolver. The suppressor is obviously fake.

During the night shootout one of Doggo's men is armed with a suppressed Smith & Wesson Model 10 revolver. 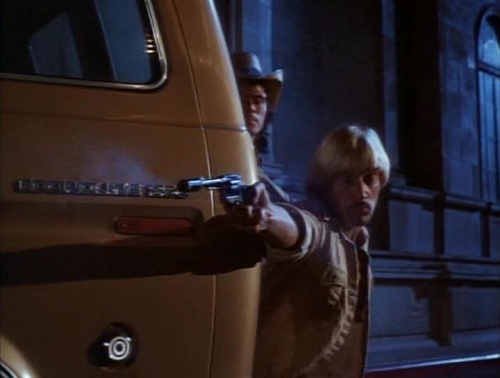 Doggo's man with his revolver. The suppressor is obviously fake.

During the night shootout McCarn's men use various suppressed pistols. They are never seen well enough to be identified. 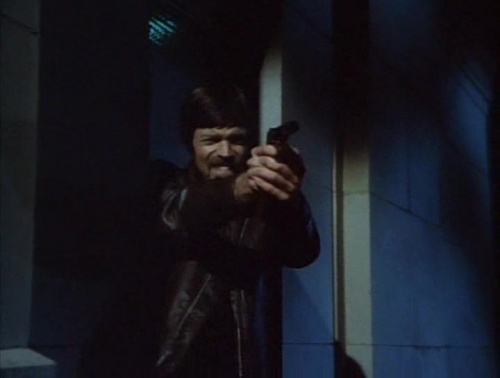 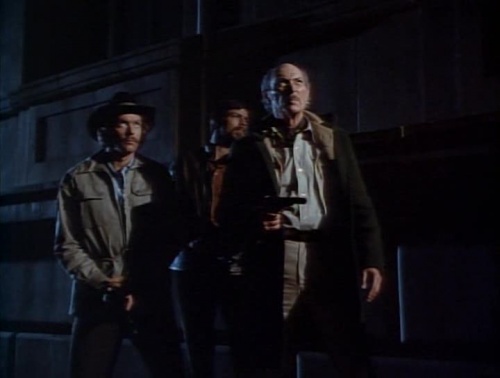 MP40 is seen in hands of one of the truck drivers in the opening scene. 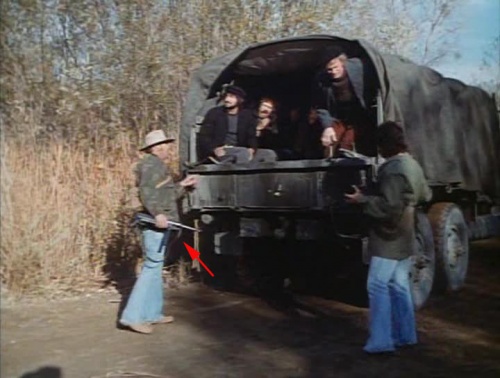 Madsen M50 with an unusual (possibly fake) barrel shroud is used by female terrorist (Janette Jiliano) in Paris. It's hard to say what the shroud's purpose is; it may have been meant as a suppressor, but the audio indicates otherwise. 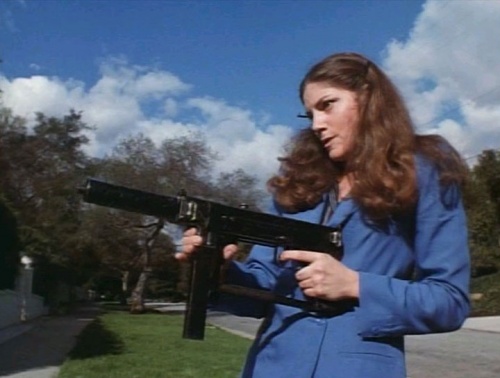 MAC-10 is used by male terrorist (Benjamin J. Perry) (disguised as woman) in Paris. Aura (Carol Bagdasarian) has MAC-10 in the scene in hotel. 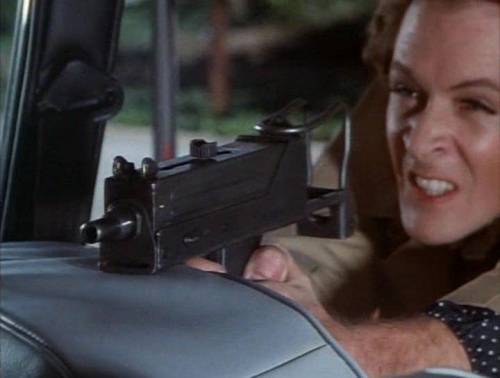 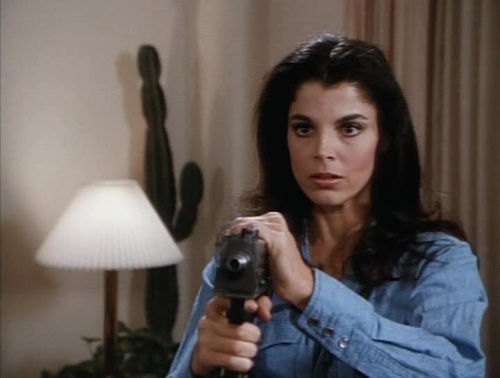 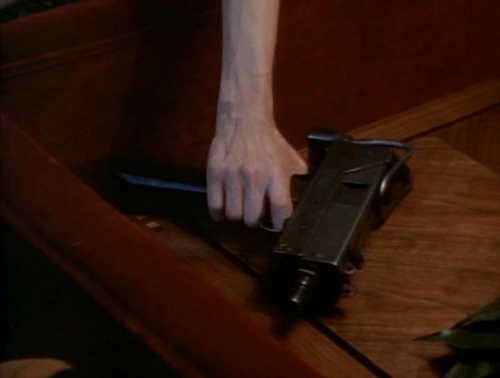 M16A1 assault rifles are used by McCarn's (Lee Van Cleef) men. In the final scene M16 is Aura's (Carol Bagdasarian) weapon. Some of these M16s can be identified as non firing replicas.

The MGC M16 Assault rifle: a non firing metal replica built by the Model Gun Corp of Japan and one of the most used non firing replicas of the M16 in movies and television. The 'forward assist' on the early models like the one imaged here are bolt inserts to keep the receiver together. Modern MGC M16 replicas have improved by third parties over the years (like adding A1 flash hiders) making it more accurate to the real thing making it harder for 'Connoisseurs' to identify 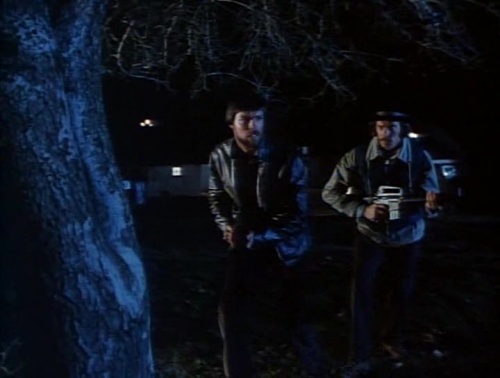 Two of McCarn's men (John Shields (the bearded one) and Thad Geer) with M16s. 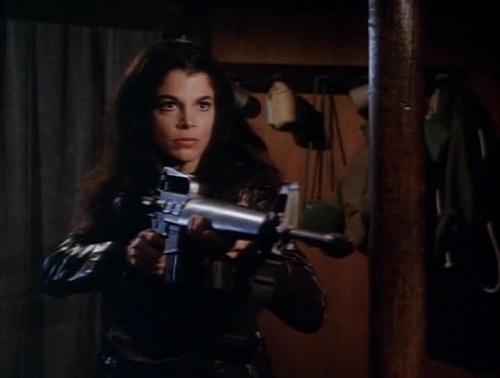 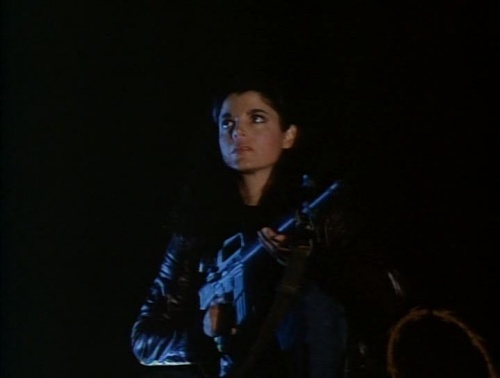 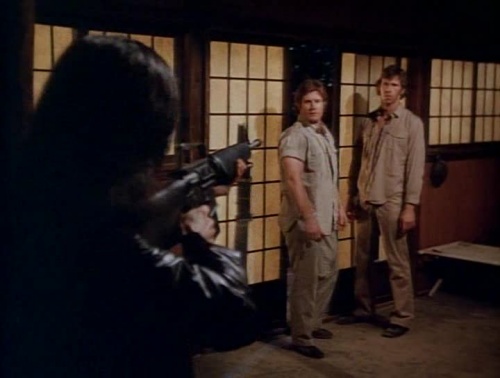 Another view at Aura's M16. 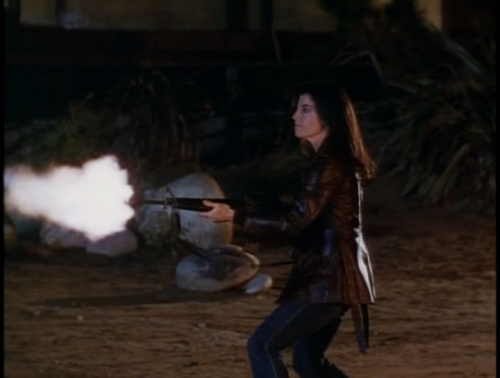 The guards in Doggo's (Kurt Grayson) headquarters are armed with AKs of unknown model. These guns are seen too briefly and too far to be identified. According to the time of filming, it's most likely a Chinese version. 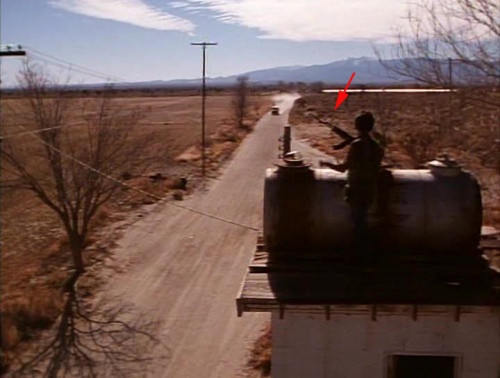 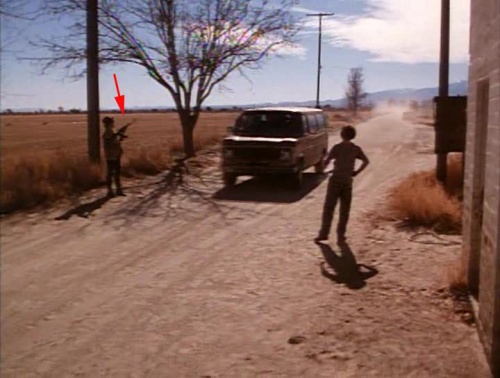 In McCarn's (Lee Van Cleef) apartments a rack with several rifles and/or shotguns is seen. 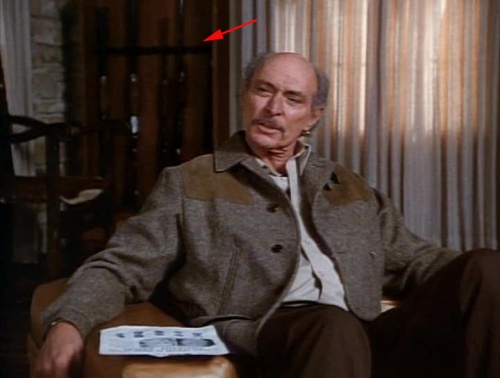