North Face is a 2008 movie directed by Philipp Stölzl. The mountaineering drama is based on the true events surrounding the dramatic first ascent attempt of the Eiger North Face in 1936. Summer 1936: To be the first to conquer the notorious Eiger North Face is the dream of many climbers from all over Europe. The thoughts of the two Berchtesgaden climbing aces Toni Kurz and Andi Hinterstoisser also revolve around nothing else. The two are convinced that they can do it, even though numerous attempts have already ended fatally. But with the first ascent beckons not only the longed-for social advancement but also Olympic gold.

The following weapons were used in the film North Face: 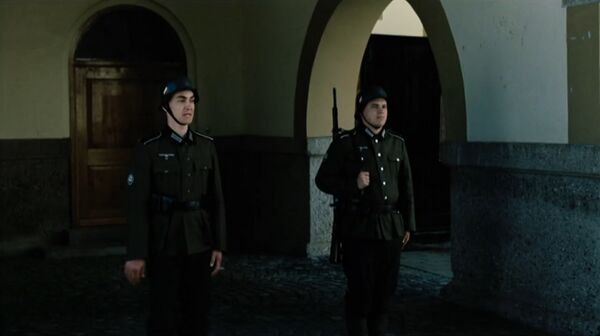 The right sentry stands with his slung carbine. 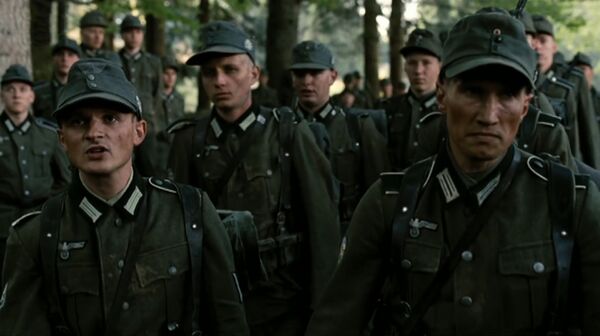 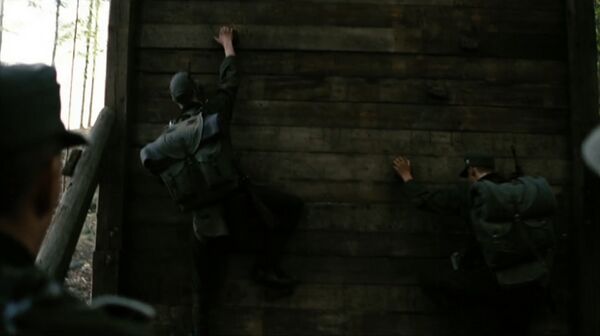 Their Karabiners can be seen while climbing up an obstacle. 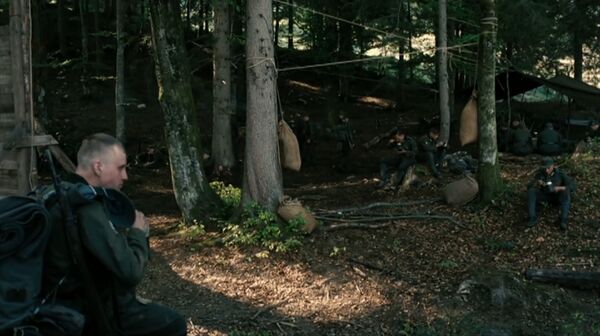 A closer view of one Karabiner on the left.
Retrieved from "https://www.imfdb.org/index.php?title=North_Face&oldid=1530546"
Categories: