The development involved three stages: Phase I had the manufacturers provide 30 prototype pistols, sound suppressors, and LAMs. Colt was eliminated at this phase. Phase II involved physical testing and delivery of 30 additional pistols with suppressors. Phase III involved a production contract of 1,950 OHWS systems, now classified as the MK 23 Mod 0. H&K based their design on their then-in-development USP design (which would itself be introduced to the world during the development of the Mk 23, in 1993), and the pistols were delivered in 1996. The LAM and the suppressor were developed by Insight Technology and Knight's Armament Company respectively. 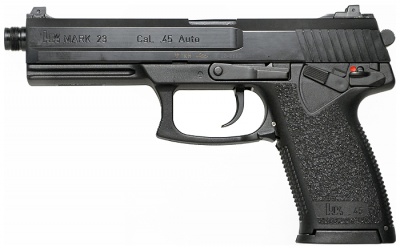 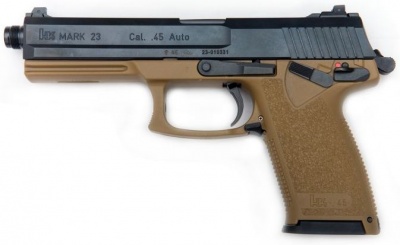