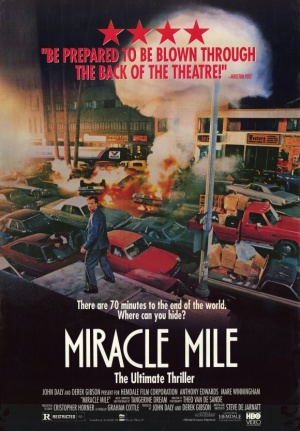 Miracle Mile is a 1988 thriller written and directed by Steve De Jarnatt and stars Anthony Edwards as a musician who, shortly after meeting the love of his life, randomly answers a ringing pay phone. Upon hearing that the government has launched a pre-emptive nuclear strike on the Soviet Union, he learns that there are now only 70 minutes before the Soviet missles arrive to destroy Los Angeles. The majority of the film occurs in real time and takes place on the "Miracle Mile" section of Wilshire Boulevard in Los Angeles.

The following weapons were used in the film Miracle Mile:

Fred the Cook (Robert DoQui) threatens Harry Washello (Anthony Edwards) with a snub-nosed Colt Python when the latter tells him and others about the impending nuclear strike. Harry later takes it and uses it for the rest of the movie, on one occasion, giving it to Julie (Mare Winningham). LAPD officers that stop Harry and Wilson (Mykelti Williamson) at a gas station use full size Pythons. When Wilson drenches one of the officers (Cynthia Phillips) with gasoline, she tries to shoot him, but the shot sets her on fire. 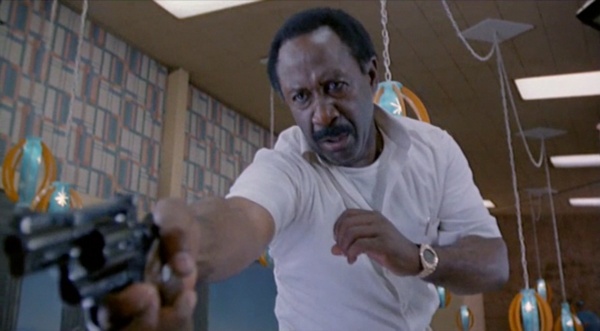 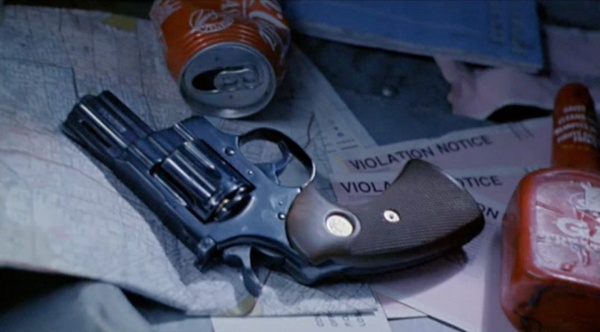 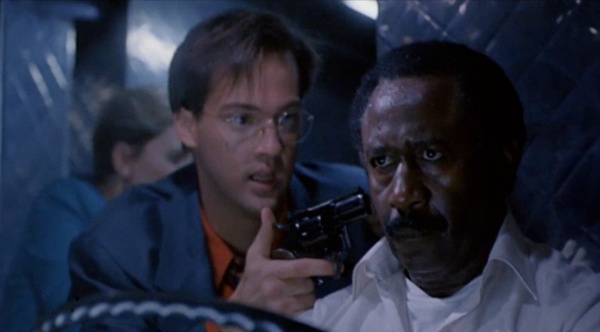 Harry holds Fred gun on him 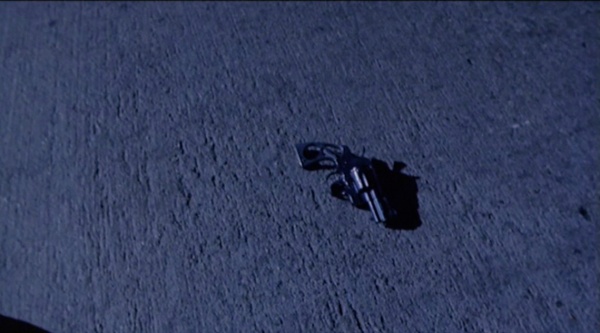 Harry picks up the Python after jumping off the truck. The grips appear to have fallen off in the fall. 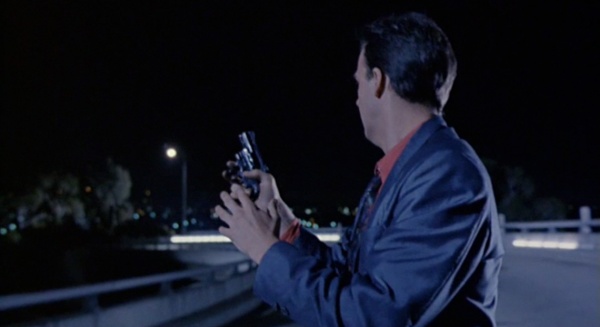 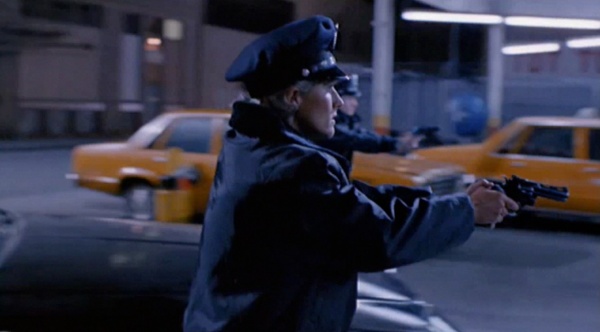 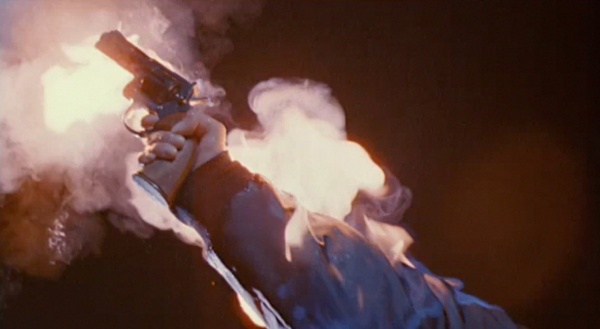 The gasoline-soaked officer fires her revolver into the air, setting herself on fire.

An irate man that chases Harry through the street uses a Smith & Wesson Model 629. 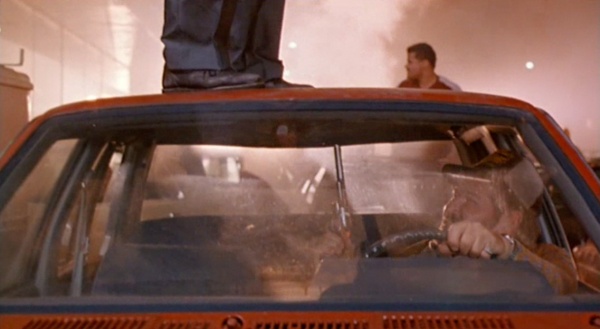 The man fires at Harry when he jumps on his car.

The Nightwatchman (Edward Bunker) uses a Sawed-off Double Barrel Shotgun when Harry and Wilson goes to his gas station. 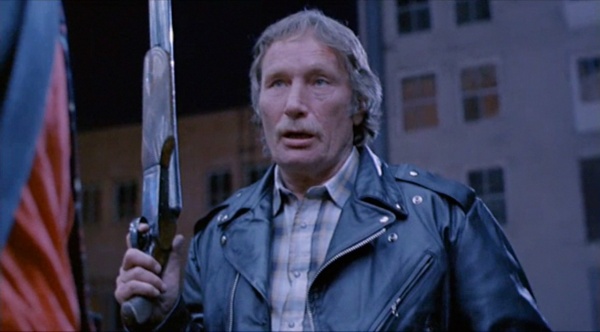 The Nightwatchman (Edward Bunker) with his sawed off shotgun 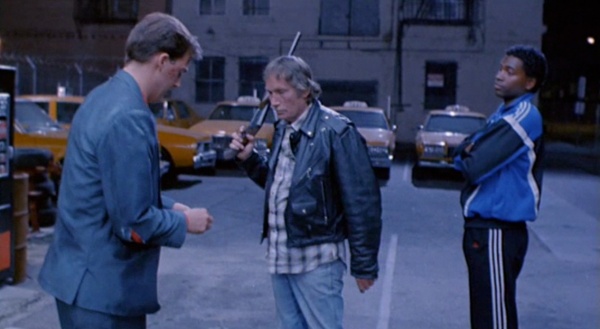 The Nightwatchman (Edward Bunker) holds the shotgun as he speaks with Harry.

What appears to be a Ithaca 37 shotgun is sitting in the police car that Harry and Wilson take. 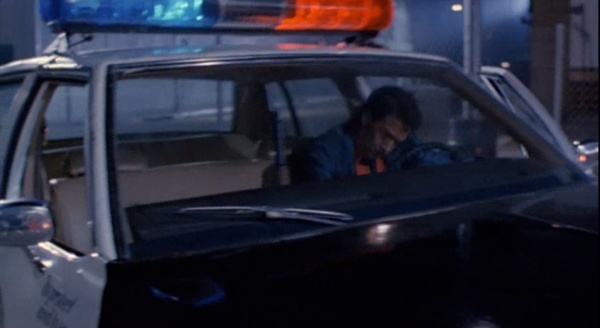 The shotgun seen in the police car.

Lucy Peters (Lou Hancock) draws a Winchester Model 1873 on Harry when he enters her apartment looking for Julie. 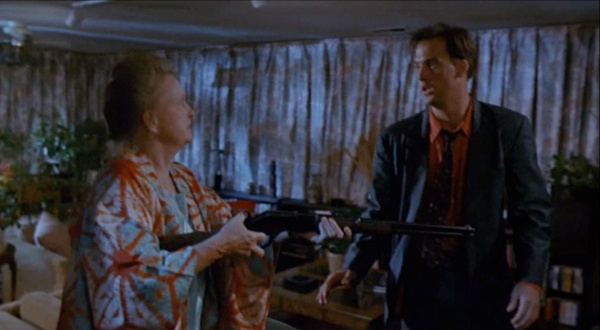 Lucy holds the rifle on Harry

Two girls credited as the "Beverley Hills Chicks" (Jenette Goldstein and Victoria Powells) carry Uzis when they go to catch a helicopter to escape the impending blast. 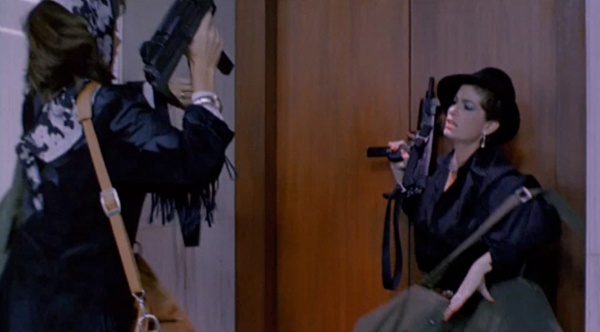 The women try to get an elevator to the helipad 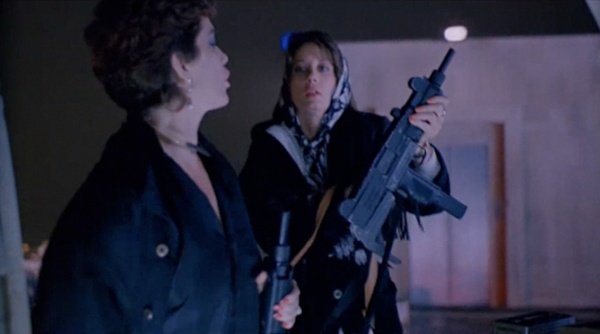 The Beverley Hills Chicks load the Uzis into the helicopter
Retrieved from "https://www.imfdb.org/index.php?title=Miracle_Mile&oldid=1284753"
Categories: