The following weapons were used in Season 22 of the television series Midsomer Murders:

The plot in " The Wolf Hunter of Little Worthy" (S22E01) is centered on the local urban legend about the Wolf Hunter, a kind of werewolf who commits murders with iron claws and a flintlock pistol. Two Flintlock Pistols are used the episode. The first one that is demonstrated in the fan club is a Denix made replica of an 18th century German pistol (catalogue ref number 1260/G), and it is correctly described as such. 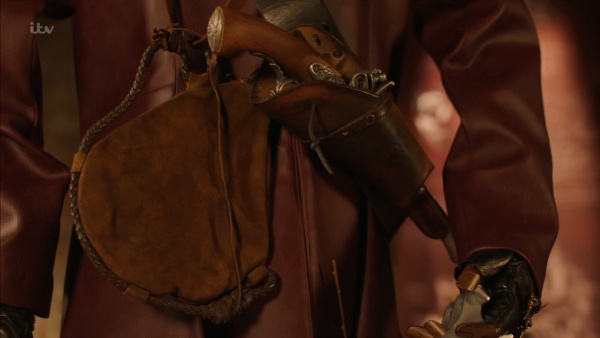 A replica of a flintlock pistol is a part of the suit of the Wolf Hunter in the fan club. 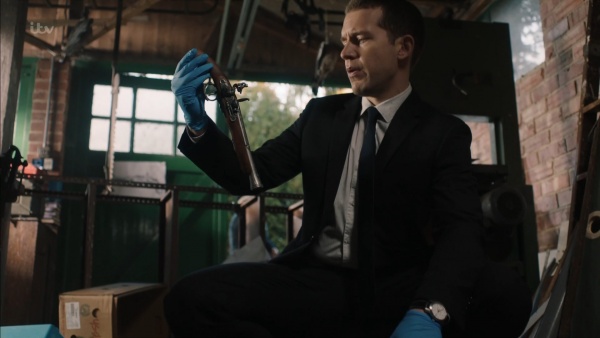 The second pistol that is seen in hands of Mel Wallace (Sinead Matthews) in the final scene in " The Wolf Hunter of Little Worthy" is called a live gun, made in a local workshop. This pistol resembles Tower New Land Pattern pistol but likely is also a replica though more detailed than the Denix model. A flintlock pistol with similar outlines hangs on the wall in the local pub in "For Death Prepare" (S22E05). 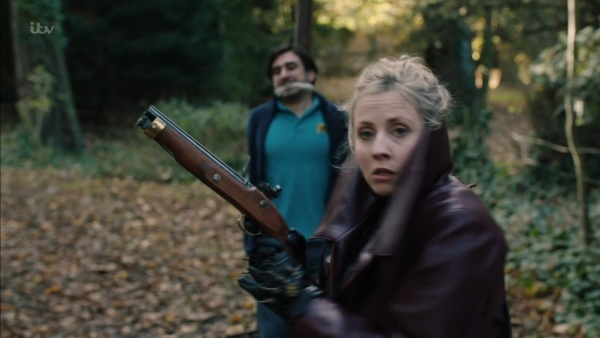 Mel Wallace holds the real pistol in the final scene in " The Wolf Hunter of Little Worthy". 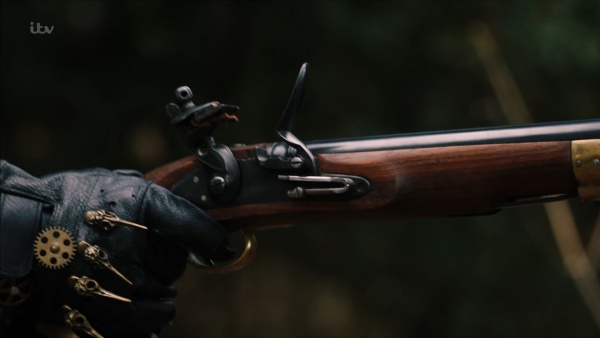 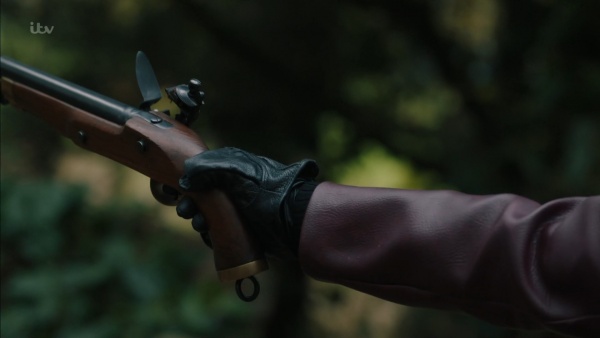 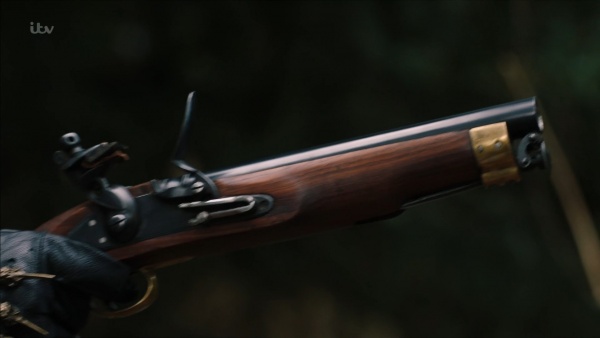 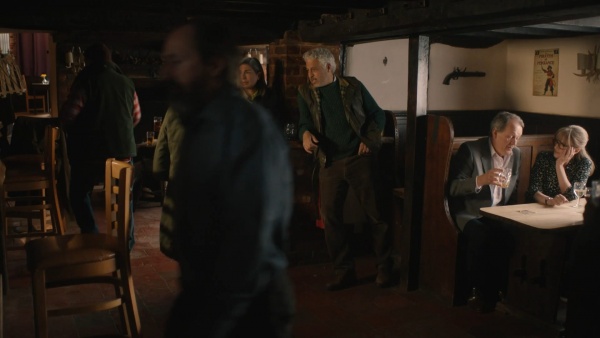 A flintlock pistol hangs on the wall (at the right) in the local pub in "For Death Prepare". At least the shape of the grip is the same. 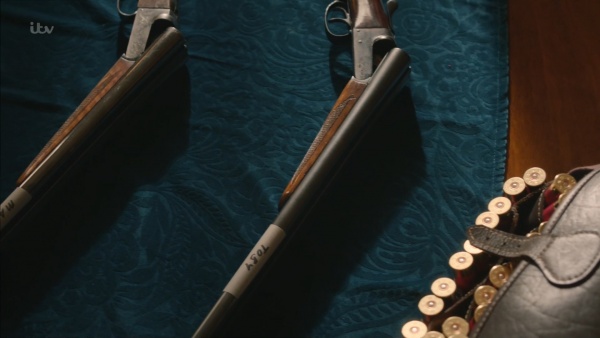 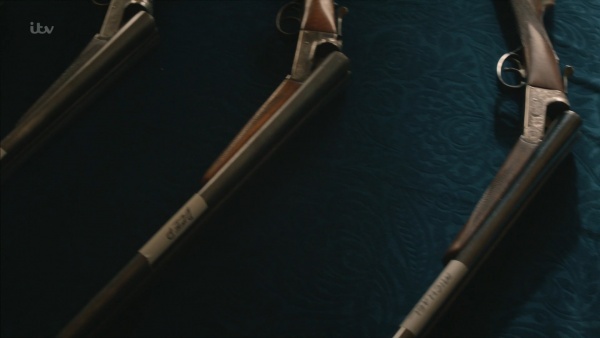 Shotguns on the table. 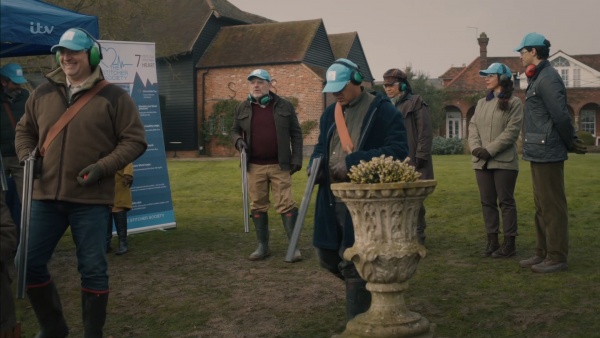 Toby and Cooper (in center) and Mack (at the left) hold their shotguns. 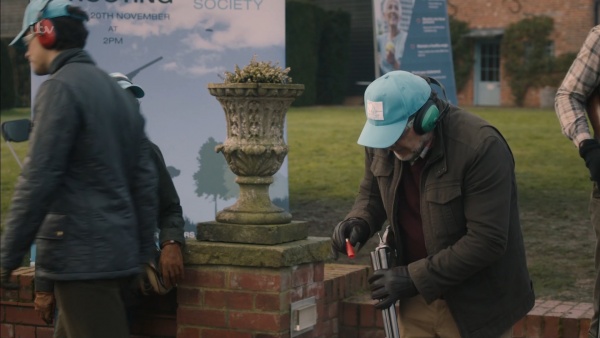 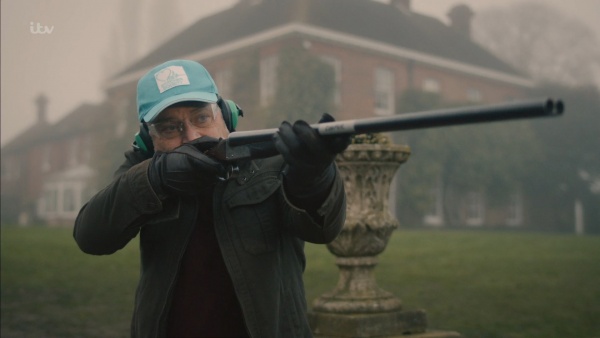 Cooper on the range. 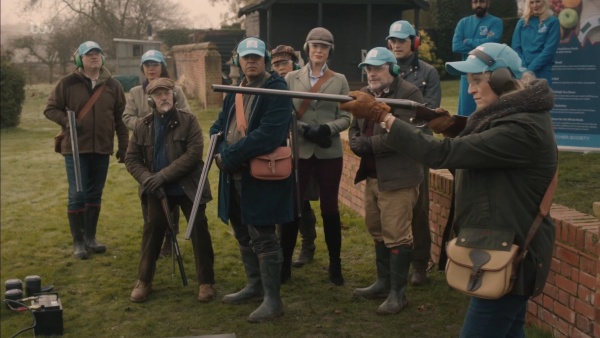 Alberta on the range. 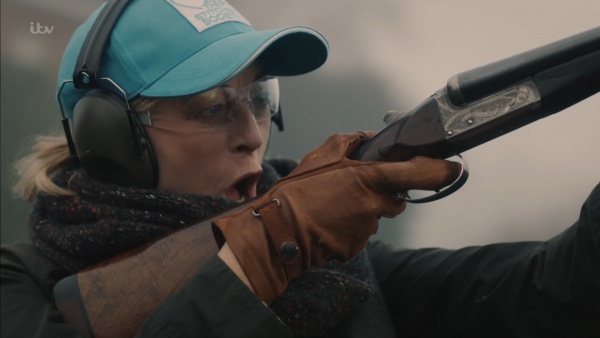 A close-up of Alberta's shotgun. 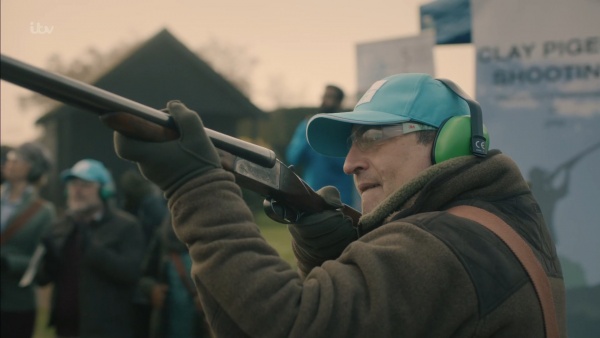 Mack on the range. 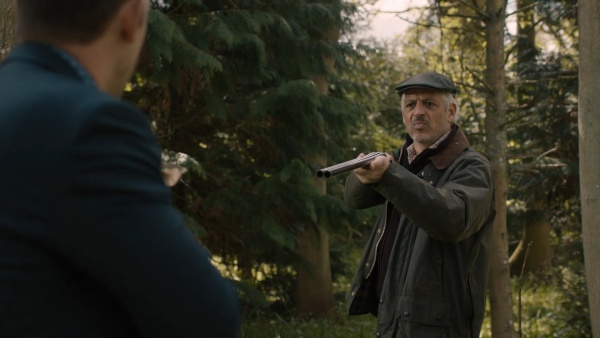 Graham Handsworth points his shotgun at DS Winter, claiming him to be a trespasser. 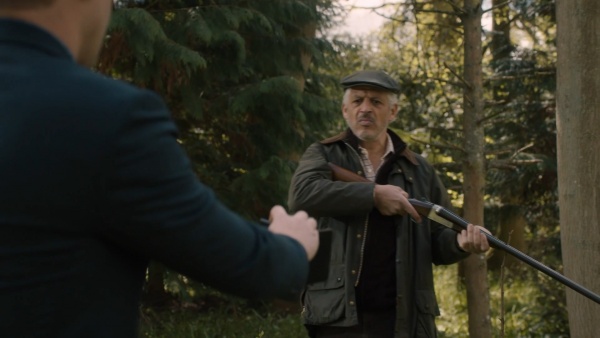 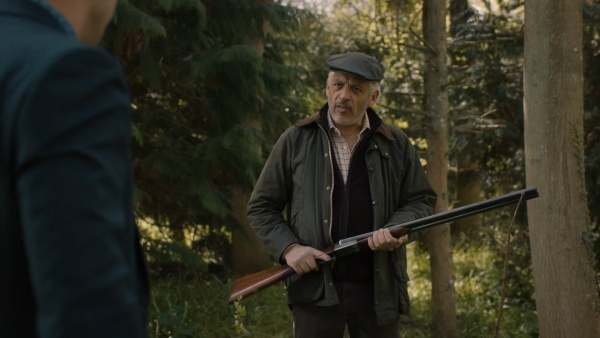 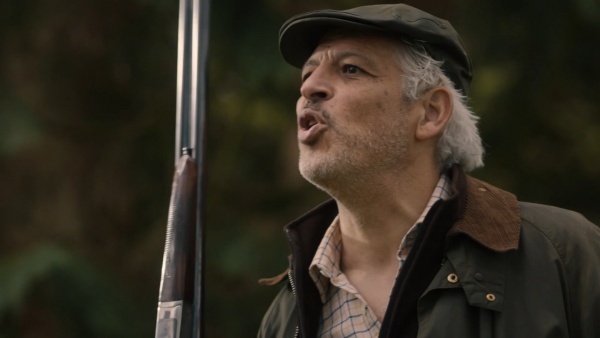 A close-up of the handguard.

In the same scene Mimi Dagmar (Hannah Waddingham) and Harry Marx (Keith Allen) hold Over and Under Shotguns. 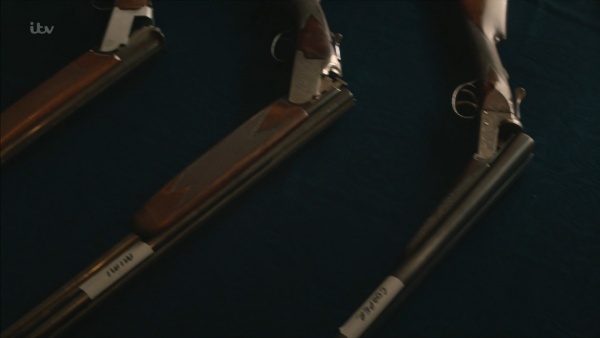 Mimi's and Harry's O/U shotguns on the table together with Cooper's side by side shotgun. 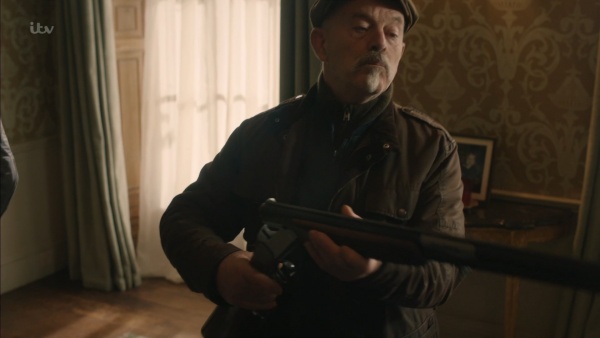 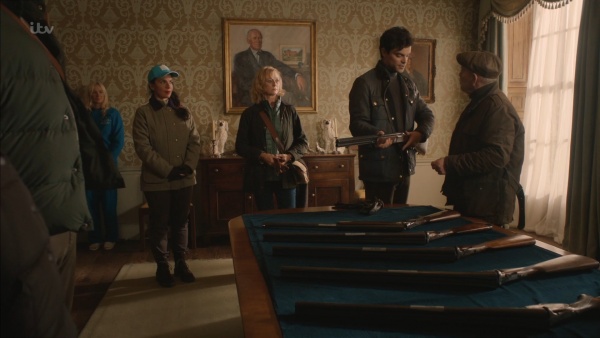 Gideon Tooms reminds Harry of the rules of safe handling of weapons. 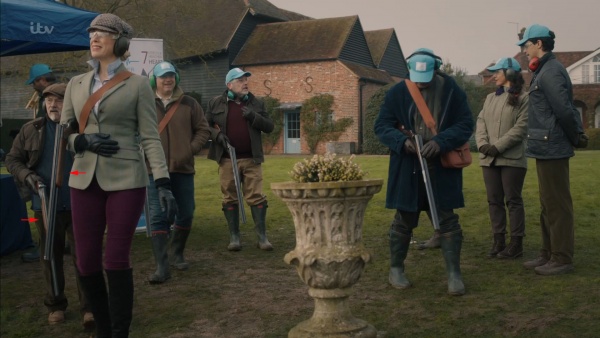 Mimi and Harry hold their O/U shotguns at the far left.
Retrieved from "https://www.imfdb.org/index.php?title=Midsomer_Murders_-_Season_22&oldid=1506341"
Categories: