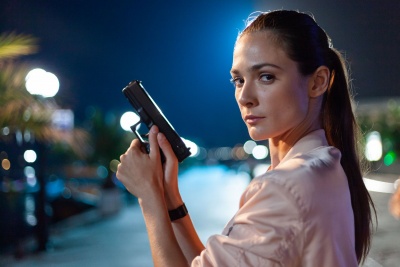 Lorina Kamburova was a Bulgarian film and Television actress, best known for her roles in Leatherface, Day of the Dead: Bloodline, Death Race: Beyond Anarchy and Doom: Annihilation. She dead due to COVID-19 shortly after filming the Love and Monsters movie.