The Lookout is a 2007 neo-crime noir that was the directorial debut of screenwriter Scott Frank (whose works include the screenplays for such films as Get Shorty, A Walk Among the Tombstones, The Wolverine, Logan, and Minority Report). He is also the creater and producer of the Netflix streaming series Godless. The film stars Joseph Gordon-Levitt as Chris, a high school sports star who has to overcome several impairments following a severe accident and then must use his newfound skills to confound the robbers who have taken his friend hostage. Not to be confused with the 2012 French crime drama The Lookout.

The following weapons were used in the film The Lookout: 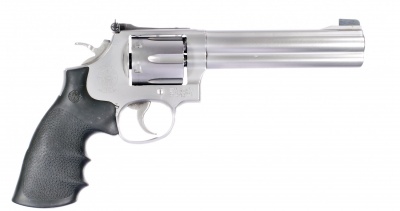 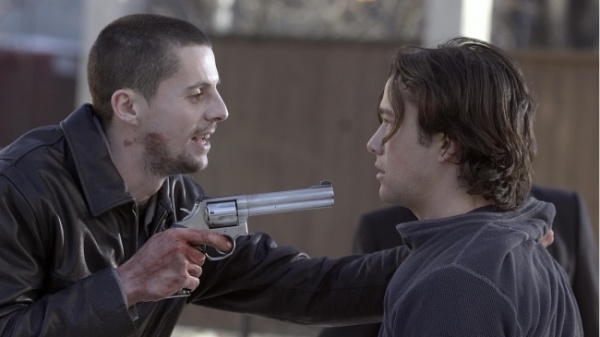 Deputy Ted (Sergio Di Zio) issued sidearm (which he is very effective with) is a Glock 17.

Deputy Ted (Sergio Di Zio) takes on the bank robbers and is holding his own.

....sadly he doesn't see Bone (Greg Dunham) until it's too late

Chris Pratt (Joseph Gordon-Levitt) takes a Browning BPS Upland Special from his father's gun cabinet to use in the final confrontation.

Over & Under Double Barreled Shotgun

Bone (Greg Dunham) uses a Cut Down Over & Under Shotgun throughout the movie.It appears to be a Browning.

This is a photoshopped image of what the Sawn-Off Over/Under Shotgun - 12 gauge could look like, with the exception that the foregrip is still attached.

Bone (Greg Dunham) holds the shotgun during the heist. He's the cover man.

Bone watches Chris while he retrieves the loot
Retrieved from "https://www.imfdb.org/index.php?title=Lookout,_The_(2007)&oldid=1484403"
Categories: