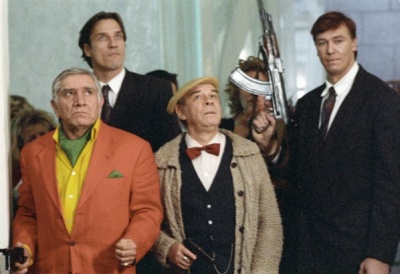 Lev Ivanovich Borisov (December 8, 1933 – November 15, 2011) was a Soviet and Russian actor, a younger brother of fellow actor Oleg Borisov. In 2001 he was awarded the title of the People's Artist of Russia.