Let Them Rest (Original title: Requiescant) is a 1967 Italian-German western film directed by Carlo Lizzani. Starring Lou Castel, Pier Paolo Pasolini and Mark Damon. On DVD in the US was released this movie under the title Kill and Pray.

The following weapons were used in the film Let Them Rest (Requiescant): 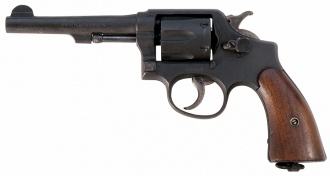 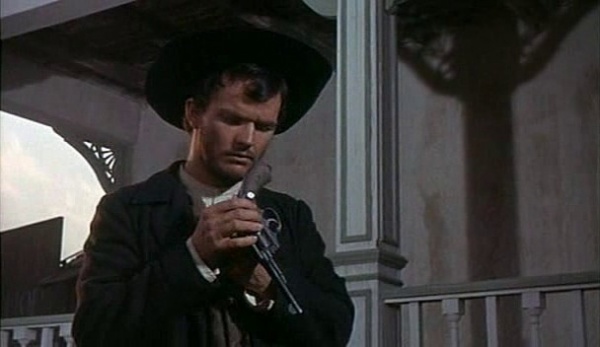 "Requiescant" picked up a gun, which was owned by the stagecoach driver (Attilio Severini), who was killed. 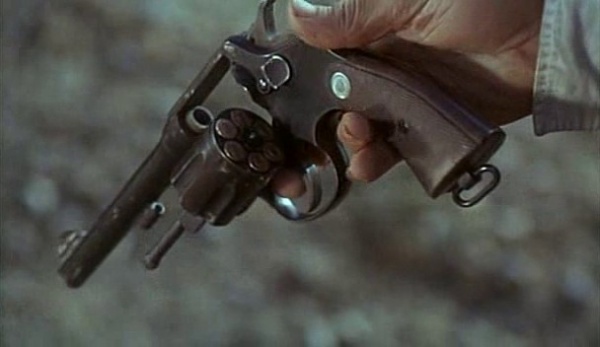 It was a Smith & Wesson Victory Model, at that time anachronistic. 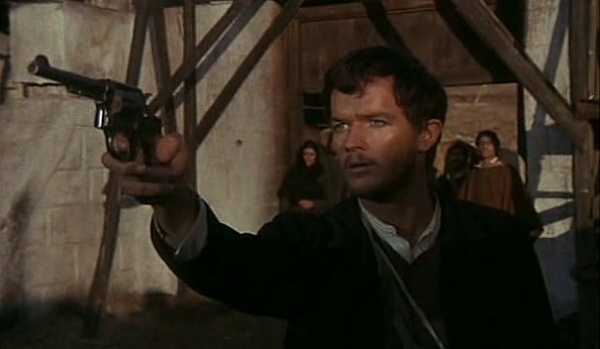 Most of the characters, include George Bellow Ferguson (Mark Damon), use SAA "Artillery" model revolvers. 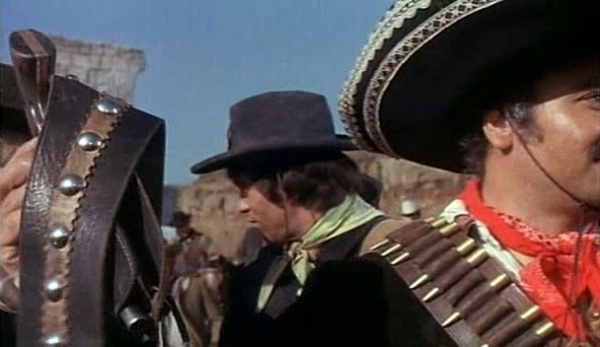 Leonardo Marquez (Massimo Sarchielli) put down his weapon with a holster on his belt ... 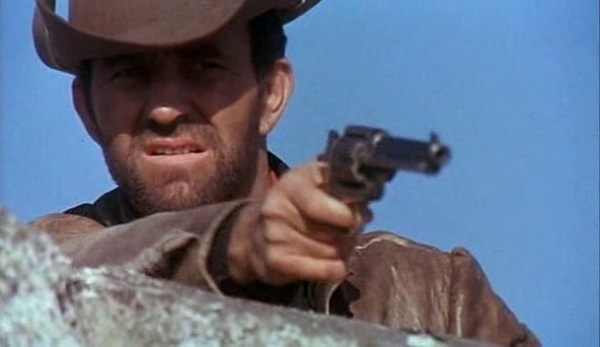 ... then he was shot Ferguson's gunmen. 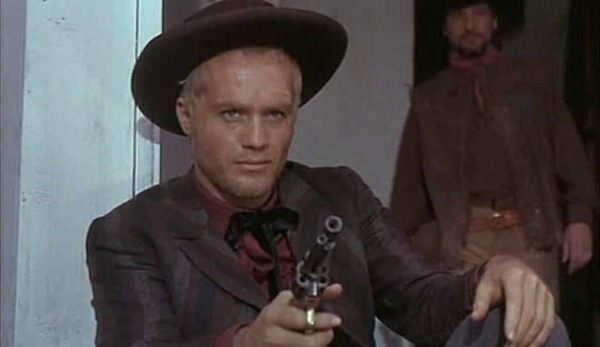 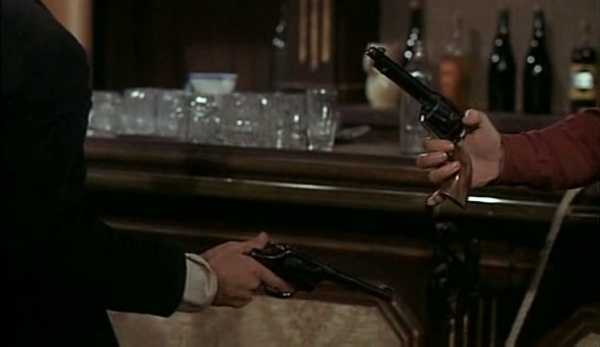 Dean Light (Ferruccio Viotti) and "Requiescant" drew their weapons against each other at the saloon at the bar. 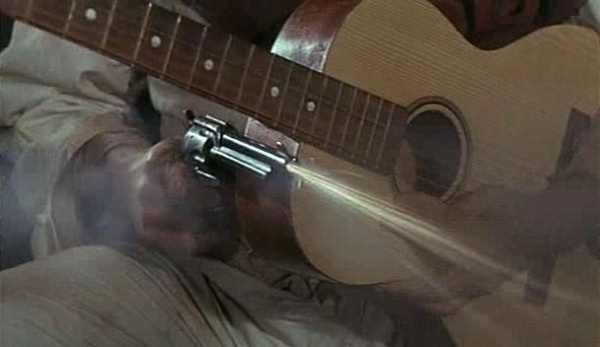 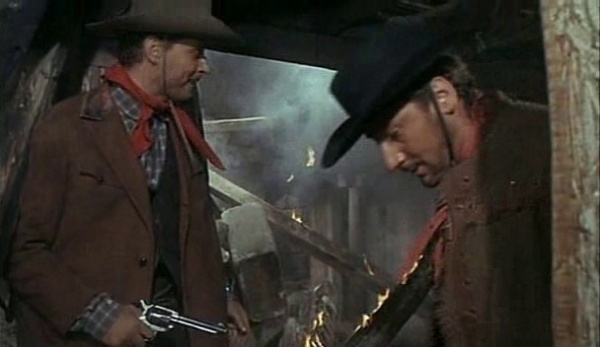 Ferguson's men with a SAA "Artillery" models in hands are looking Requiescant in the burning church. 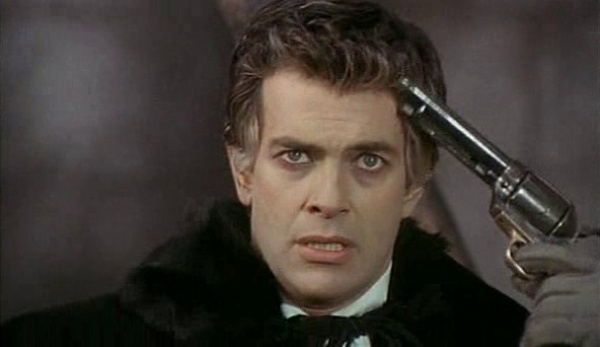 Also a SAA "Quick-Draw" model revolver is seen in hands of several characters. 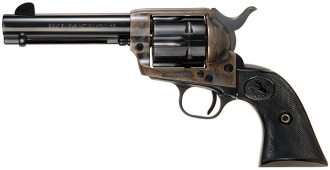 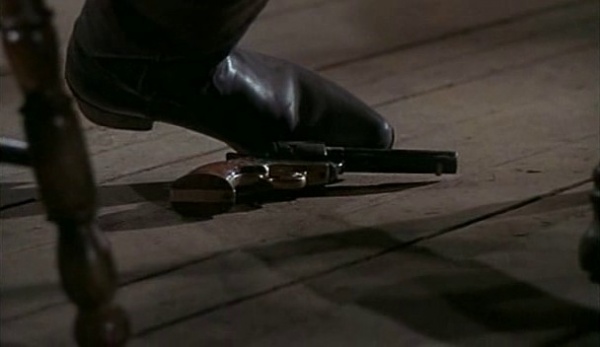 The gunslinger Burt (Franco Citti) tried to lift his weapon from the floor ... 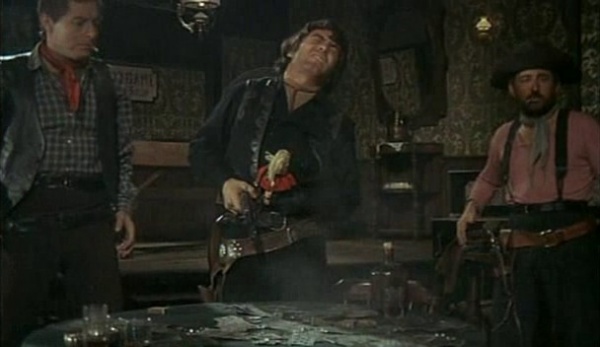 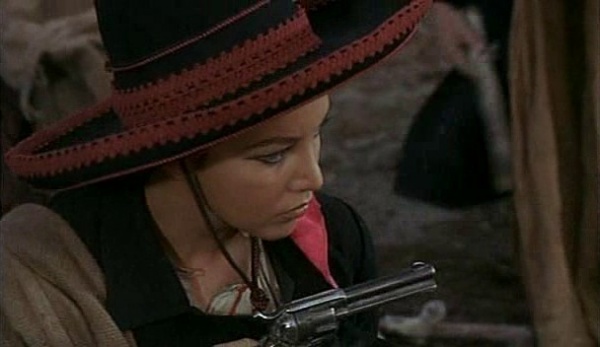 Pilar (Corinne Fontaine) drew her SAA "Quick-Draw" model from a holster at her waist. 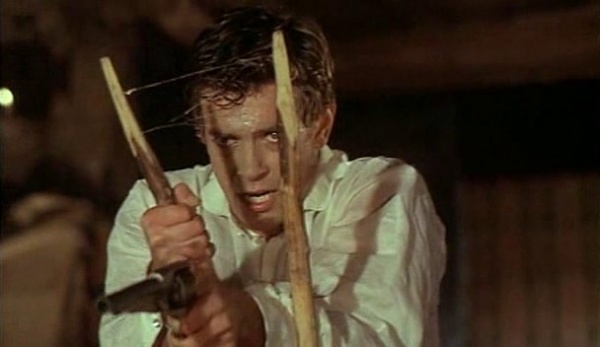 In Ferguson's office hangs on the wall above the fireplace a flintlock pistols. 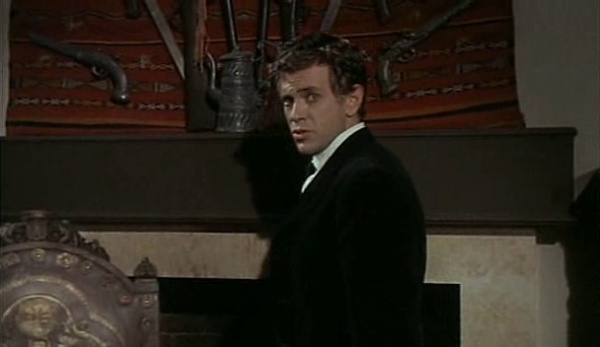 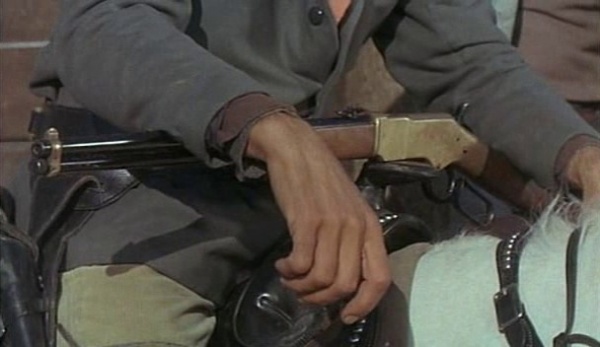 Winchester Model 1866 "Yellow Boy" on the lap of one of the Ferguson's men waiting before a strength. 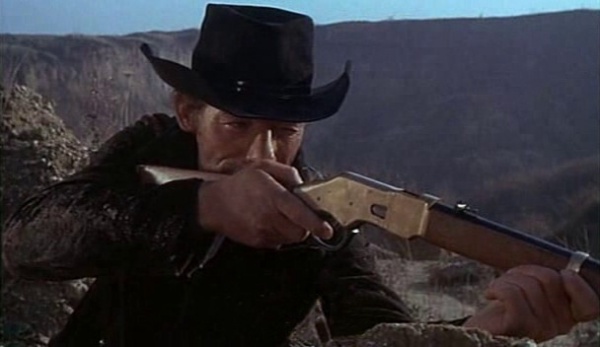 A killer who was hired by Ferguson also uses the same rifle. 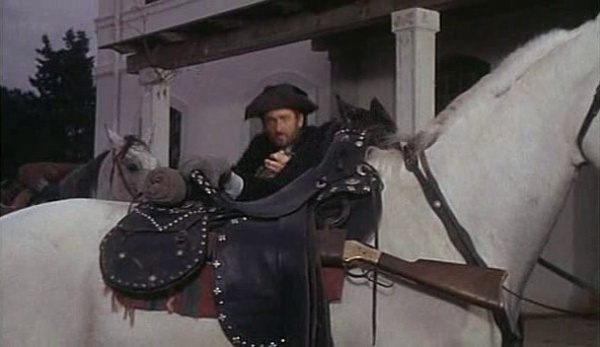 A himself Ferguson carries a Winchester Model 1866 "Yellow Boy" in holstered at saddle of his horse. 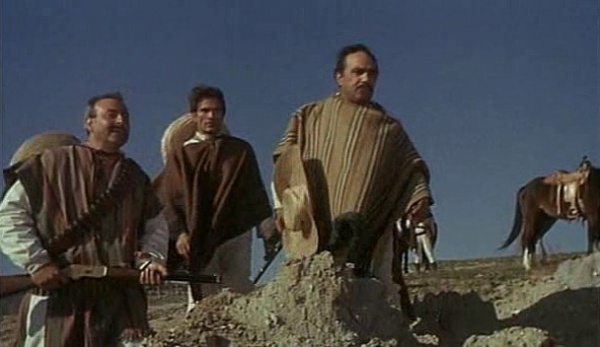 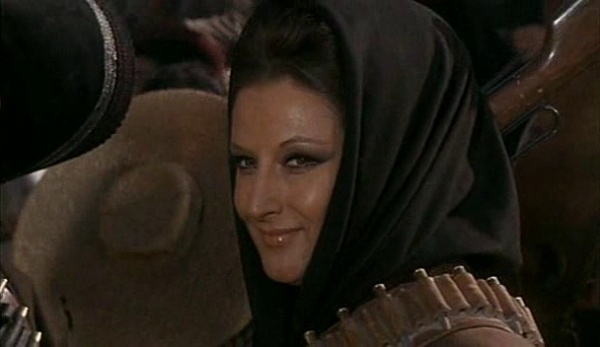 Some characters in the film are armed with Winchester Model 1894 rifles. 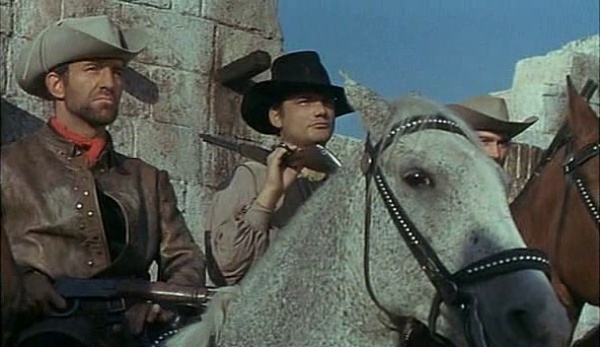 Some Ferguson's gunmen waited before the fortress are holding Winchester Model 1894s. 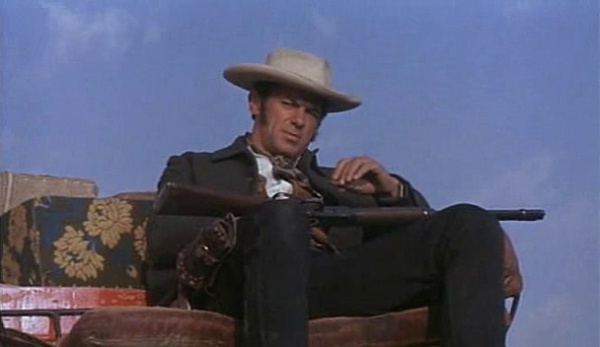 A driver of the postal stagecoach (Attilio Severini) has a rifle lying on his lap. 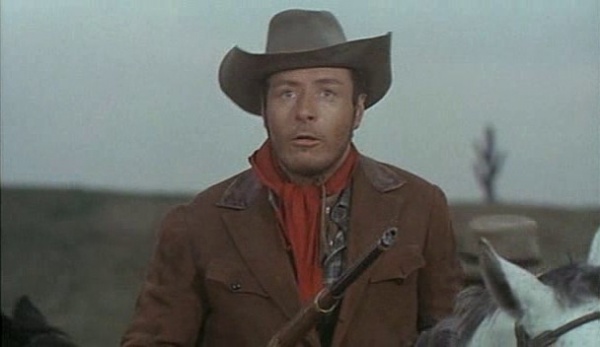 In the hands of Mexicans can be seen also unknown percussion rifles. These relatively short carbines are possibly Enfield Pattern 1861 Musketoons. 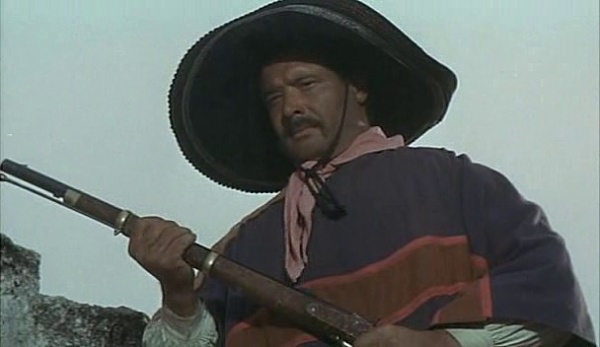 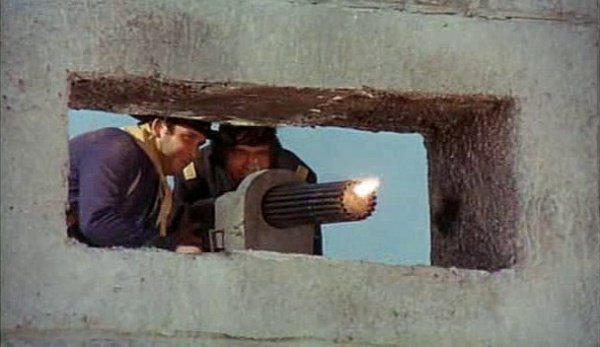