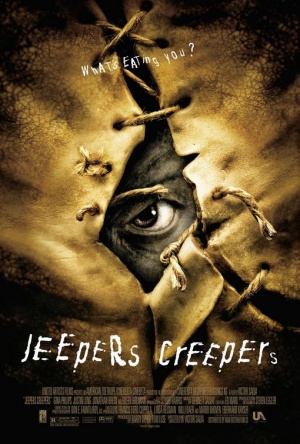 The following weapons were used in the film Jeepers Creepers:

At least one Glock 17 is seen in the hands of a deputy sheriff. 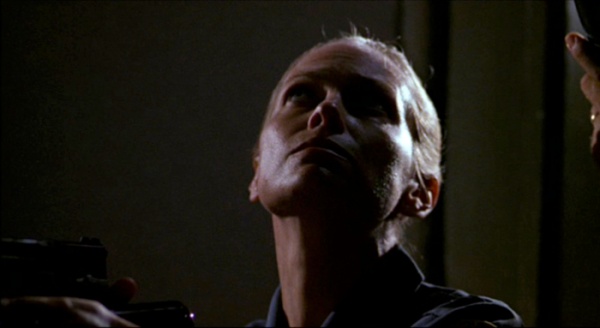 A Beretta 92FS pistols were carried by various Sheriff's Deputies as their sidearms. 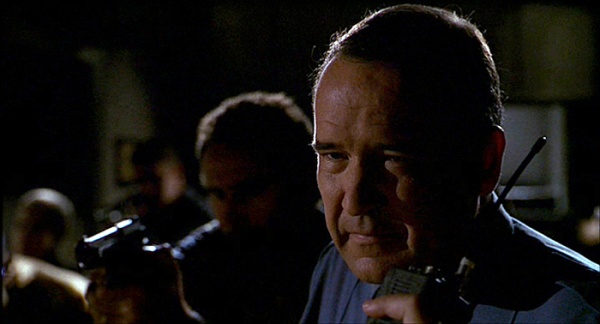 A deputy behind Sgt. Tubbs (Brandon Smith) holds a Beretta 92FS - 9mm. These may be the older variants of 92 pistols, however the decocker on the frame indicates that it is not a Taurus. 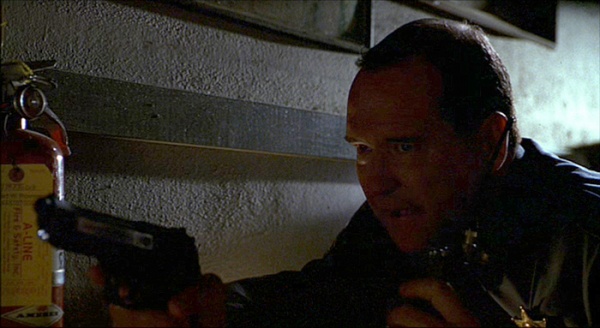 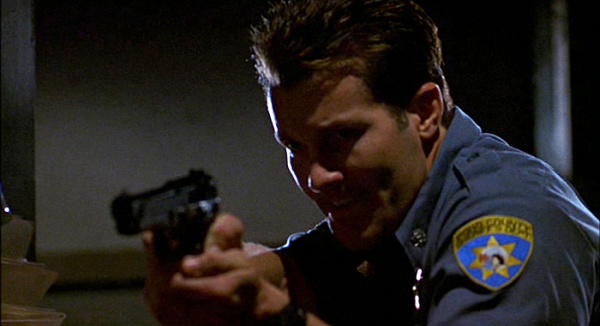 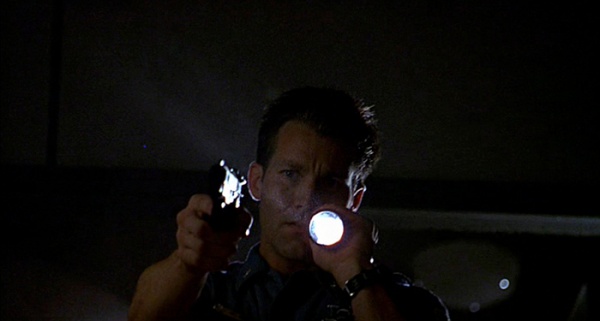 A .357 Magnum Colt Trooper appears in the film several times, the first time in the holster of Trooper Gideon (Jon Beshara) and later at the County Sheriff's station. (These are educated guesses, gleaned from multiple viewings of the clips, however all the scenes with the revolvers are dark and hard to make out). 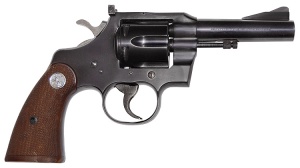 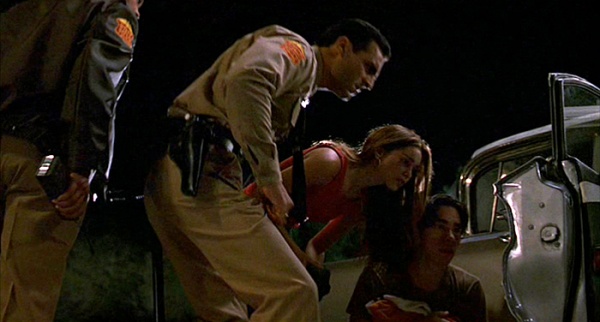 Trooper Gideon (Jon Beshara) leans over with his Colt Trooper in his holster - .357 magnum 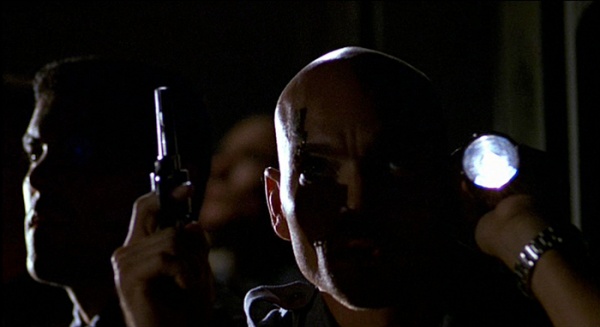 Deputy stands in the dark with what appears to be a Colt Trooper with 3" Barrel - .357 magnum

Several unknown revolvers are seen in the Police massing scenes, however, they appear to Smith & Wesson types, judging by frames and ejector shrouds. 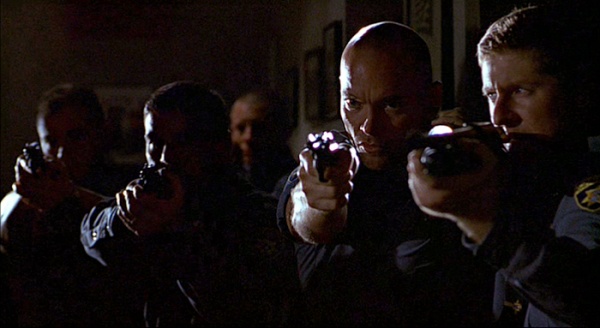 Mixed in with the Berettas and Shotguns are various Revolvers.

The deputies fire at the ceiling where the Creeper is crawling. Mixed in with the Berettas and Shotguns are various Revolvers. 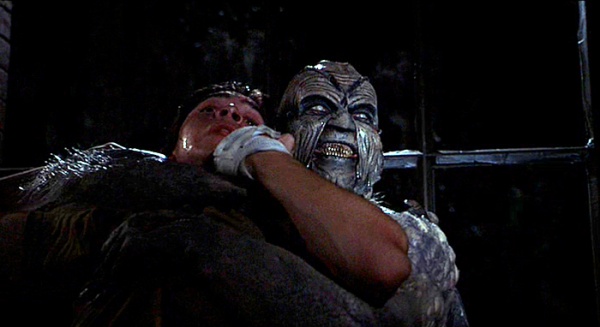 The Creeper seen in all of his glory when he grabs Darry Jenner (Justin Long). 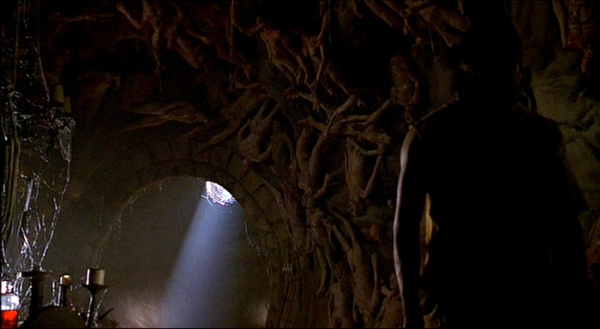 The Infamous wall of bodies as seen in the film.

The Cat Lady (Eileen Brennan) retrieves a double barreled shotgun from her house when she notices The Creeper posing in front of her scarecrow in the garden. She fires a shot at it but misses and it flees into her house, she then goes after it, fires two more shots from within before being killed by the Creeper. Apparently the shotgun was loaded with high explosive rounds judging by its effect on the scarecrow post. 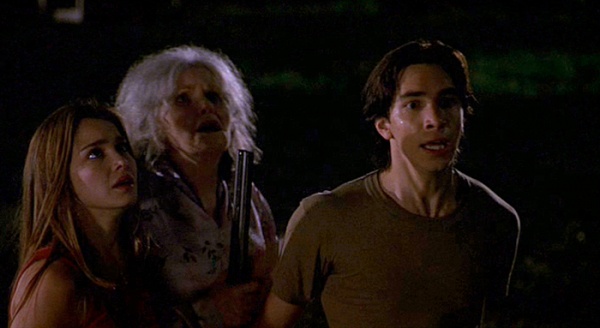 The Cat Lady (Eileen Brennan) gets her double barreled shotgun - 12 gauge. The make and model is very hard to determine as the scene is very dark and the firearm is often cropped below the frame. 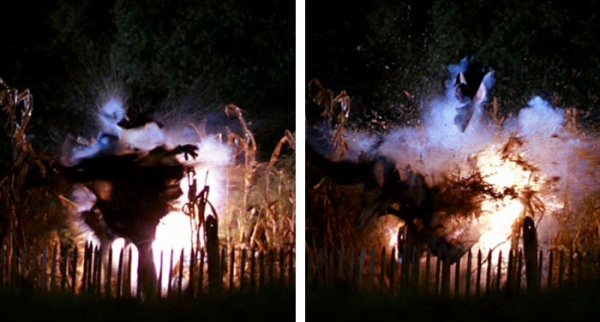 The resulting explosion created by the Cat Lady (Eileen Brennan) firing her double barreled shotgun - 12 gauge. The explosion of the shot blast is far greater than any capable by a shotgun, thus the quip about the "High Explosive Rounds".

The Winchester Model 1200s were used by state police officers who are killed by The Creeper in their patrol car. The Model 1200 is also used later (with rifle sights) by the deputies at the County Sheriff's station. 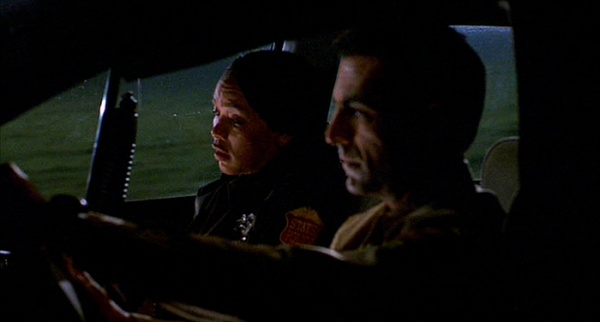 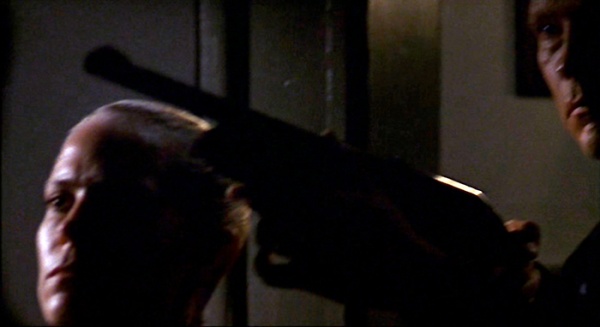 Sheriff's deputies also carry the Model 1200 (with the rifle sights of a slug barrel) during the battle at the police station - 12 gauge. 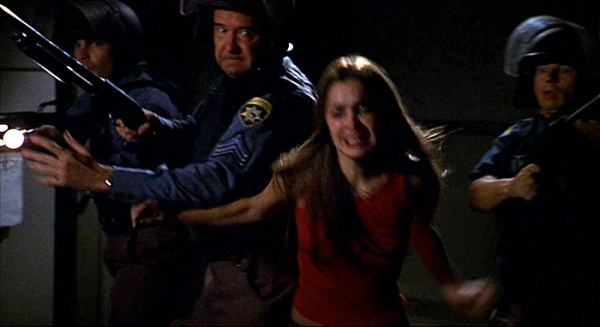 A Colt AR-15 HBAR rifles (more likely being that they are police rather than Military) are used when the deputies don Riot gear and confront the Creeper at the films' conclusion.

Colt Government Model HBAR, the A2 version of the AR15 Civilian Rifle - 5.56x45mm (note the lack of a third position for burst mode for the selector switch) 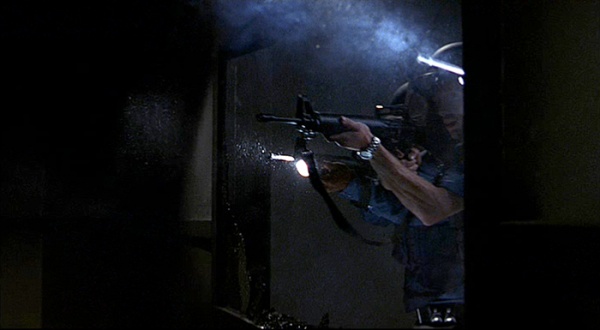 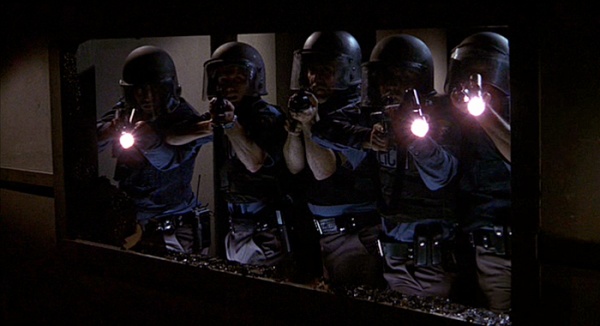