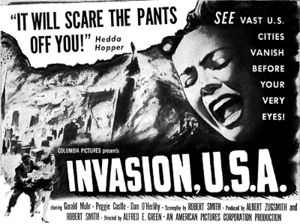 Invasion USA is a 1952 drama that depicts an enemy invasion of the United States. The enemy was never specifically identified in the film, but clearly meant to be Soviet forces (as the film was set during the height of the Cold War). In the film, enemy paratroopers jump into the nation's capitol, dressed as U.S. Army paratroopers and take over Washington DC as well as the rest of the country. An entirely wretched film that relies heavily on mismatched military stock footage, its popularity has increased since being lampooned on "Mystery Science Theatre 3000" aka "MST3K". This film is not related to the similarly titled Chuck Norris action film Invasion U.S.A..

The following weapons were used in the film Invasion USA (1952):

The M1 Garand is seen in the hands of both American troops and 'Fifth Column' Soviet commandos dressed as U.S. Soldiers.

In the center, enemy troops dressed as US paratroopers are armed with M1 Garands during the takeover of the US Capitol.

Most of the fifth column Soviet commandos who are dressed as U.S. Paratroopers carry the Korean War Variant of the M1 Carbine, with bayonet lugs and adjustable rear sights. 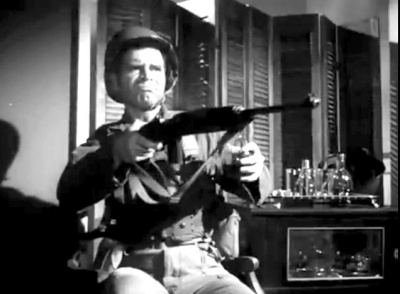 On the left, an enemy soldier dressed as a US paratrooper holds the M1 Carbine during the takeover of the US Capitol.

One of the Soviets is armed with a Gewehr 43 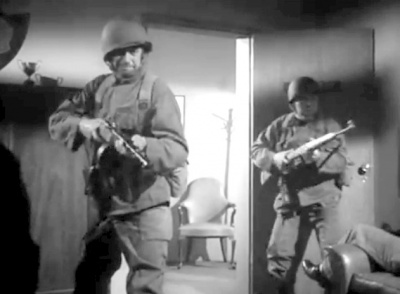 The soldier in the back with his G43.

Some of the enemy troops are armed with the PPSh-41.

M1911A1s are seen holstered by U.S. and Soviet commandos. Brandished by Soviet Commandos. 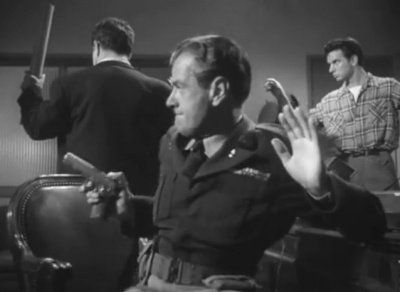 Browning M37s are seen mounted on Jeeps driving into Washington DC. US troops viewed on a screen also use the machine gun. 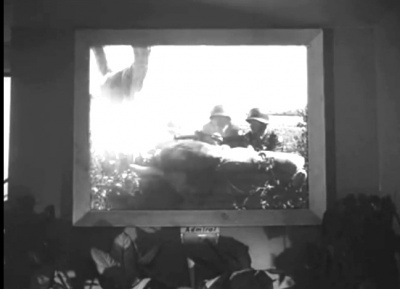 The M37 fired by US troops repelling the invasion.
Retrieved from "https://www.imfdb.org/index.php?title=Invasion_USA_(1952)&oldid=1410162"
Categories: