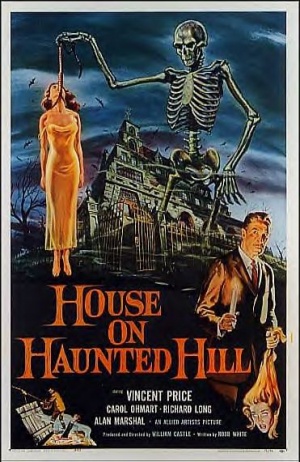 House on Haunted Hill is a low-budget American horror film directed by noted B-movie horror director William Castle starring Vincent Price. Despite the low budget, the film was a critical and commercial success. A more expensive but critically panned remake was released in 1999. The original House on Haunted Hill has fallen into the public domain, and is available for free online.

The following firearms were used in the film House on Haunted Hill: 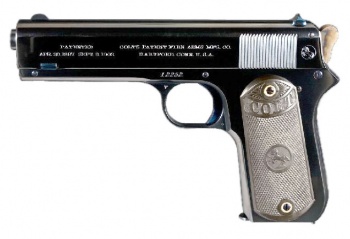 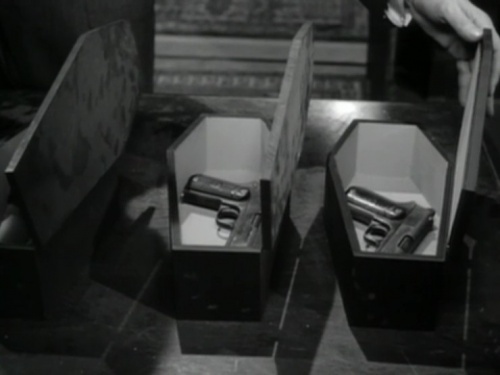 The "party favors" in their miniature coffins. 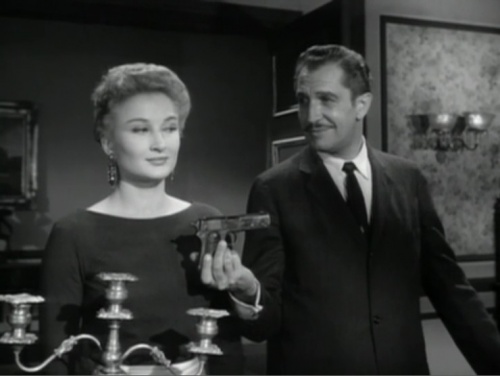 Loren hands one to his wife Annabelle. 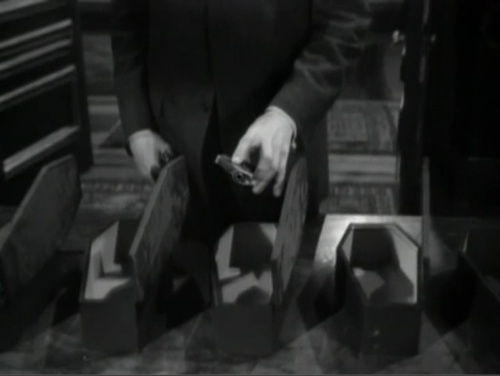 The front profile of the Model 1903 Pocket Hammer. 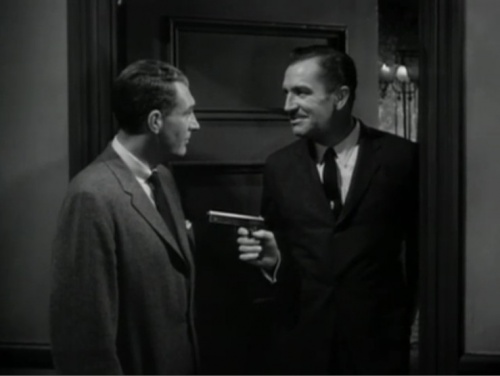 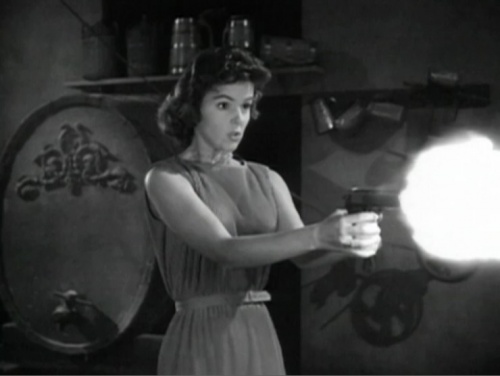