Honkytonk Man is a 1982 drama starring Clint Eastwood as a Depression era country singer who embarks on a road trip with his nephew (played by Clint's real life son Kyle) to record at the Grand Ole Opry in Nashville.

The following weapons were used in the film Honkytonk Man:

A cop (Tim Thomerson) who hassles would be country singer Red Stovall (Clint Eastwood) pulls a Colt Official Police revolver with a 6" heavy barrel on him. 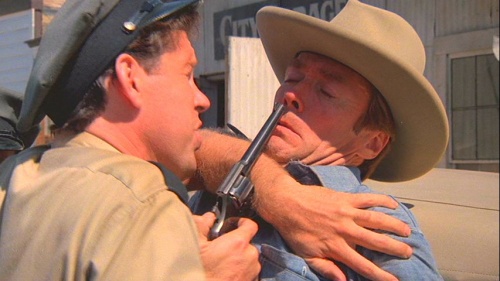 After Red makes a rude comment, the cop (Tim Thomerson) pulls his Colt on him.

Side by Side Sawed off Shotgun

When Red goes to hold up a diner, he carries a Side by Side Sawed off double barrelled shotgun. 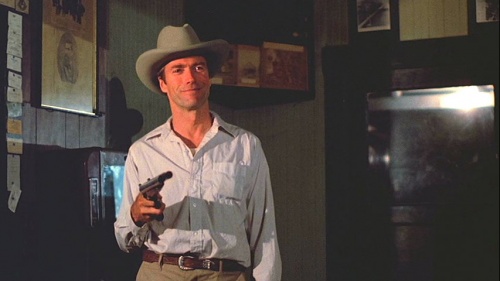 Red holds the sawed off shotgun.

When Red tries to steal a chicken from a farm at night, the farmer is awakened and chases him off with a 12 Gauge Double Barreled Shotgun. 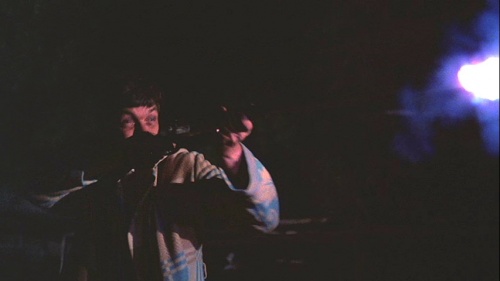