Young Brunner (Piotr Adamczyk) with his Walther at the ready. 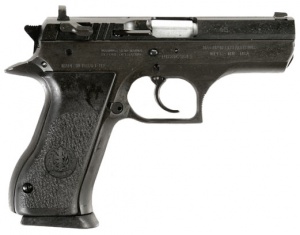 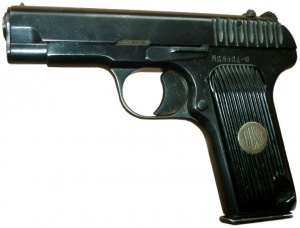