The following weapons were used in the film Gyo:

Many of the screenshots are fractalized, it's the artist's attempt to show air pollution. 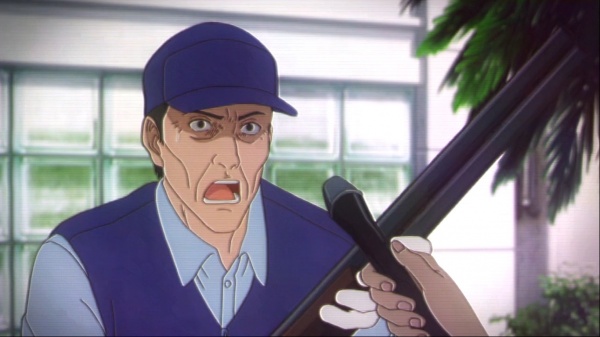 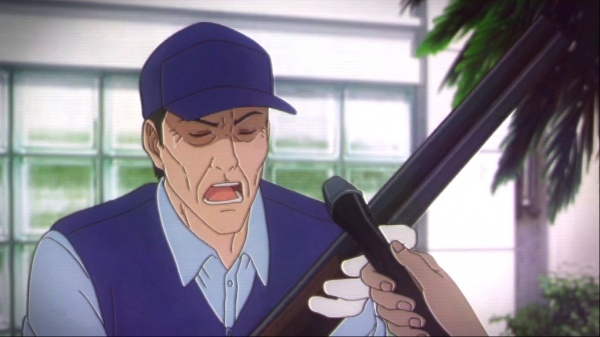 Another huntsman fires Winchester Model 70 at the same scene. 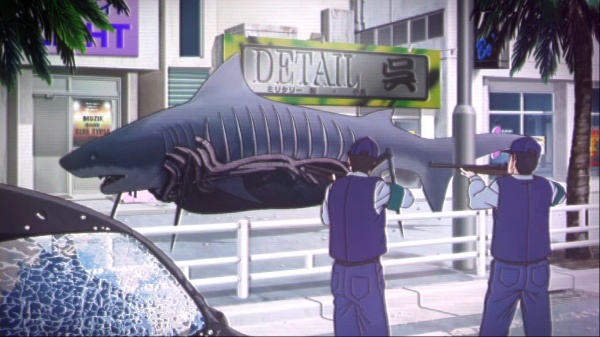 Several JSDF members can be seen armed with the Howa Type 89 rifles. 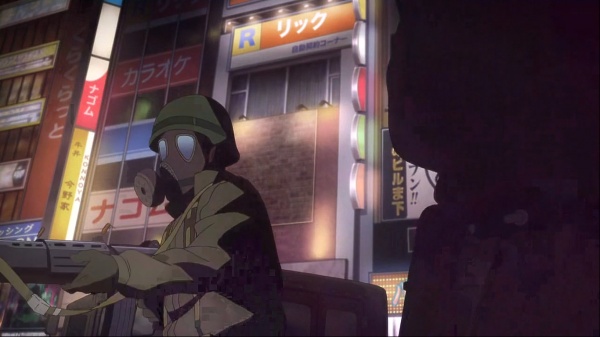 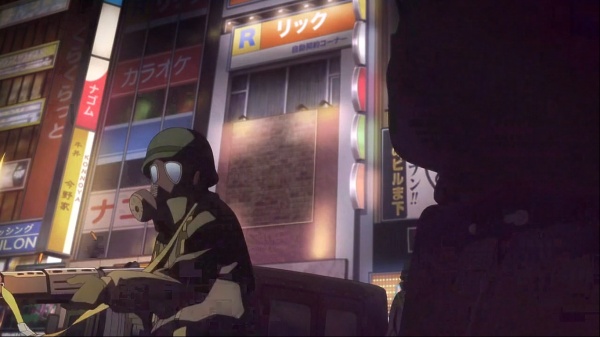 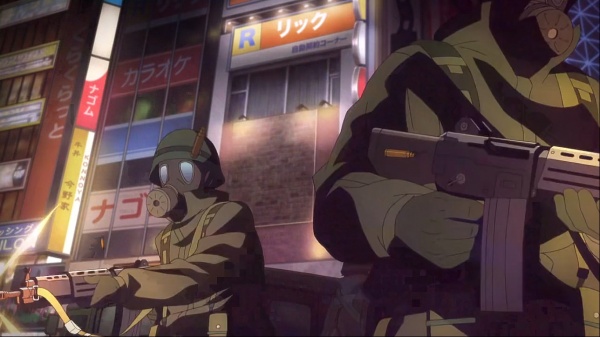 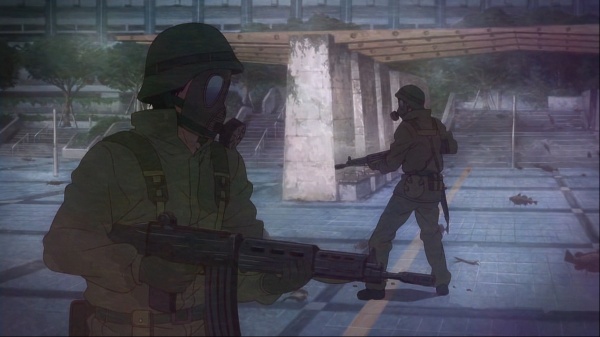 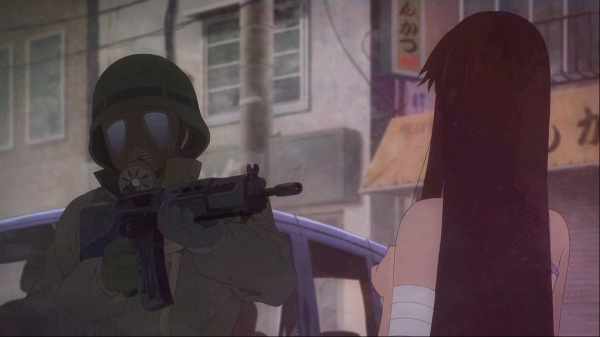 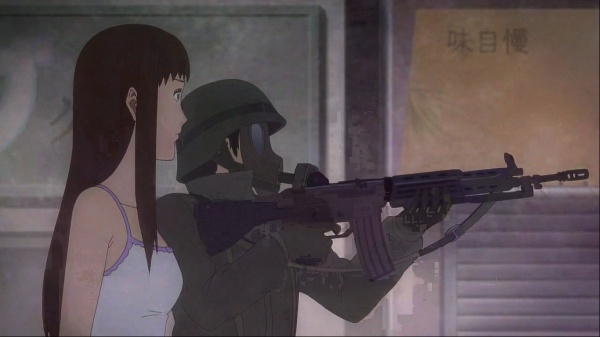 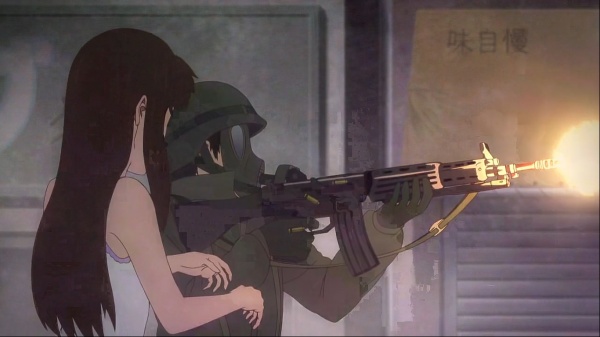 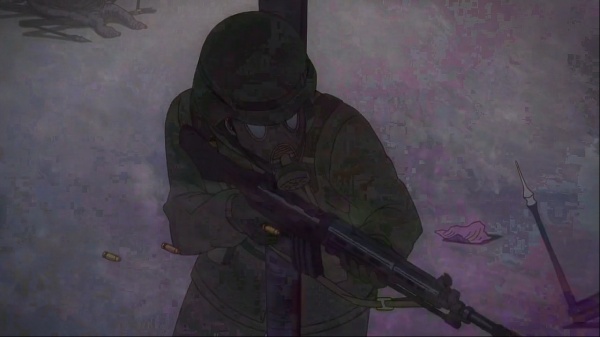 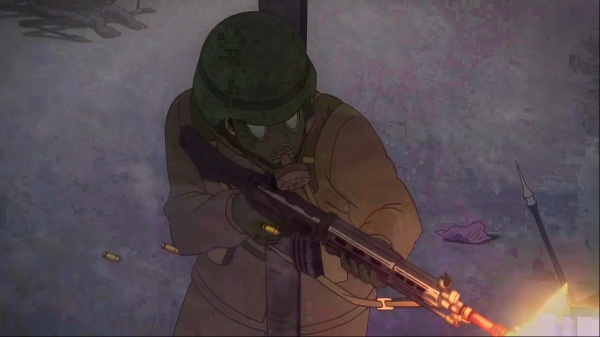