Fugitives (Origial title: Begletsy - Russian: Беглецы) - known also as Witch's key (Original title: Vedmin Klyuch - Russian - Ведьмин ключ) is 2014 Russian-Kazakh adventure thriller movie directed by Rustam Mosafir. Siberia 1907. In the wild taiga fleeing group of prisoners, among whom was a revolutionary Pavel Nechayev (Pyotr Fyodorov). On their capture of the tsarist police announced a reward. Following the trail of refugees are issued bounty hunters under the guidance of cruel and experienced hunter who knows the rules of the taiga - cossack Kudim (Sergey Tsepov). The convicts are caught and killed, with the exception of Pavel, who found refuge at gold-digger Vasiliy (Valeriy Grishko) and his silent wife Ustya (Elizaveta Boyarskaya) and later in a yurt Evenk witchdoctor.

The following weapons can be seen in Fugitives (Begletsy): 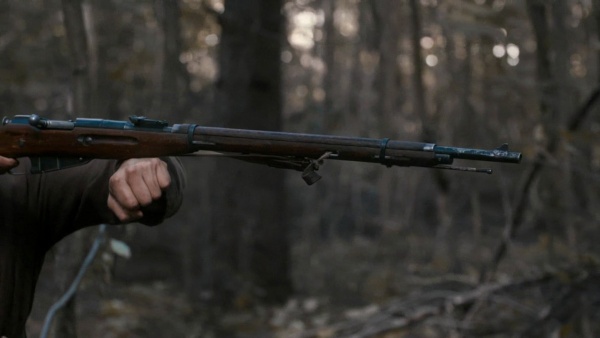 Bounty hunters were equipped with a Full-length Mosin Nagant M91/30. 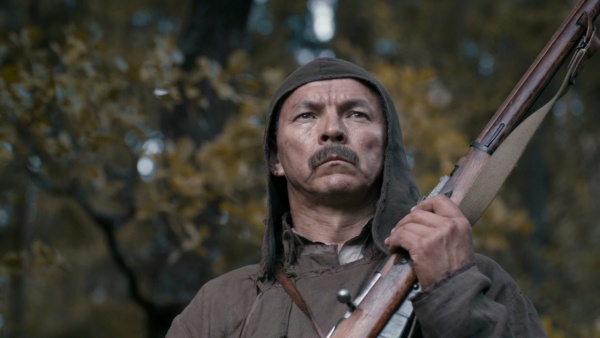 The bounty hunter called "Nomad" (Yerik Zholzhaksynov) with this rifle. 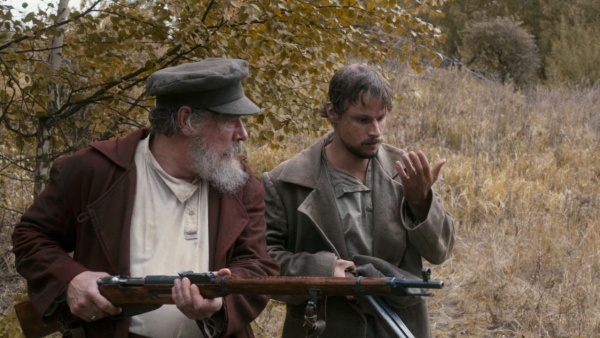 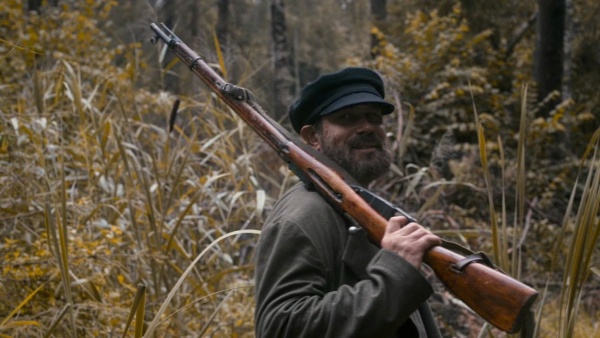 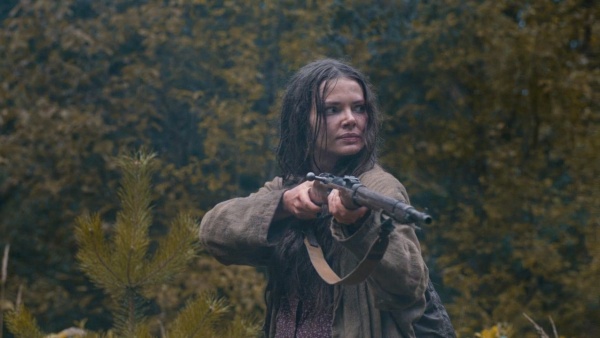 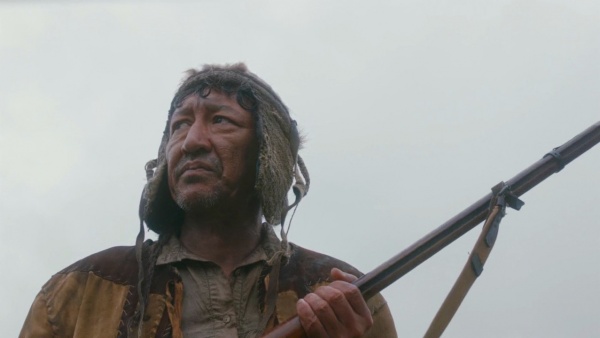 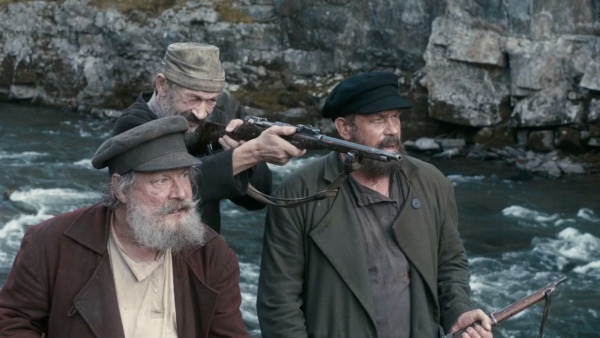 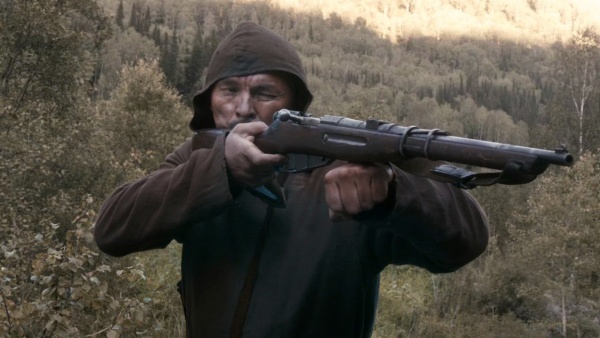 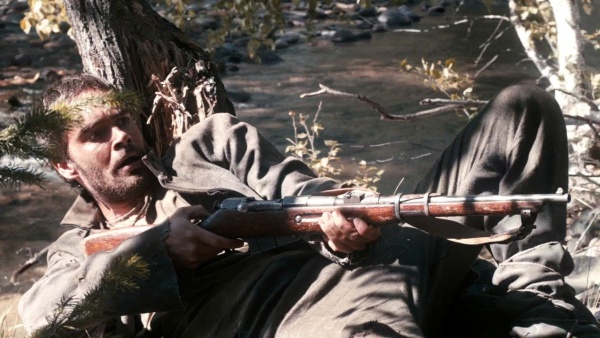 Pavel (Pyotr Fyodorov) in a fight with Nomad his weapon seized. 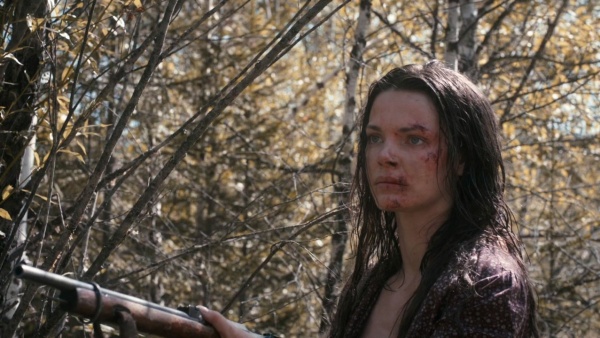 Some characters use a Single Barreled Shotgun. It is supposed to be an IZh-K. 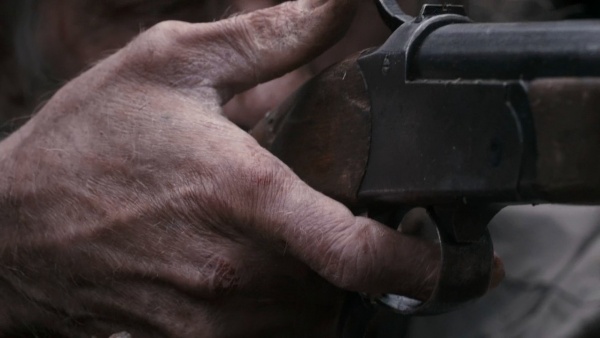 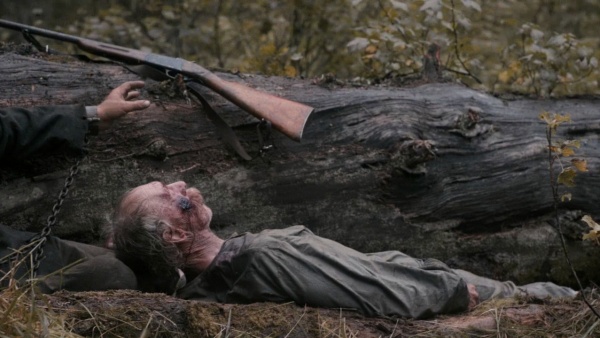 Suddenly they are attacked and killed by their persecutors. Note the groovs on the foregrip. 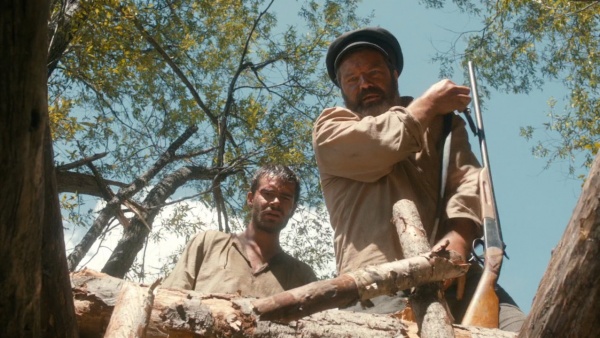 Pavel (Pyotr Fyodorov) and Ustya (Elizaveta Boyarskaya) on the way through the marshes are equipped with a 12 Gauge Double Barreled shotgun. 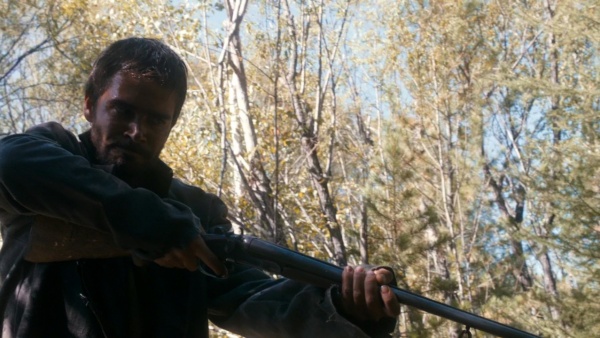 Pavel seized the shotgun belonging Ustya during a break of wandering. 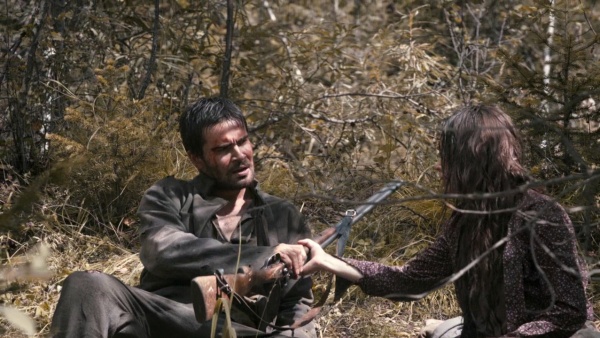 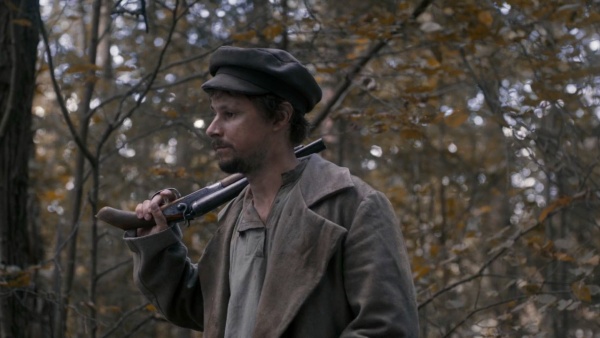 Mikhei with his sawed off side by side shotgun. 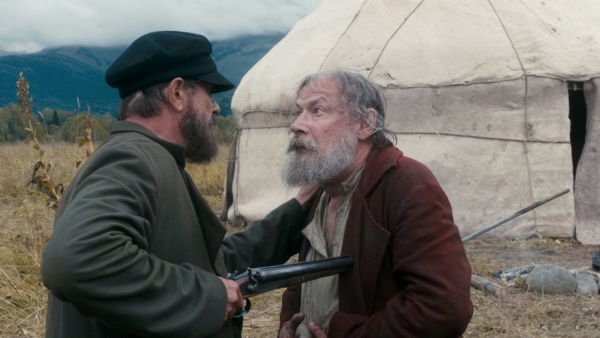