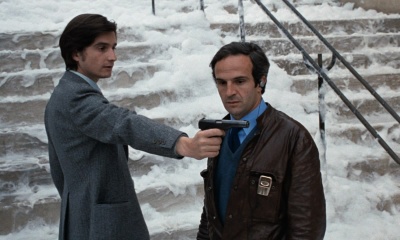 François Truffaut (at the right) as the film director Ferrand in Day for Night (La Nuit américaine) (1973).

François Roland Truffaut (February 6, 1932 – October 21, 1984) was a French film director and screenwriter, known as as one of the founders of the so-called "French New Wave".

The following lists the films in the IMFDB directed by François Truffaut:

The following 6 pages are in this category, out of 6 total.