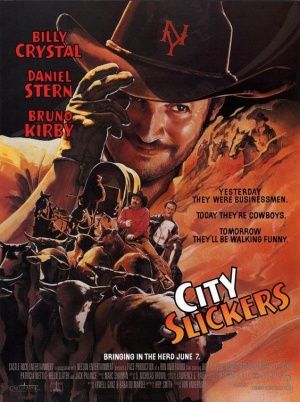 City Slickers is a 1991 comedy starring Billy Crystal, Daniel Stern, and Bruno Kirby as three friends who participate in a two week cattle drive and encounter various unforseen events in addition to dealing with their ornery trail supervisor Curly Washburn (Jack Palance, who received an Academy Award for his role in the film). City Slickers would be followed by a 1994 sequel, City Slickers II: The Legend of Curly's Gold.

The following weapons were used in the film City Slickers:

The Cavalry model of the Colt Single Action Army with custom grips is the main firearm carried by Curly Washburn (Jack Palance). 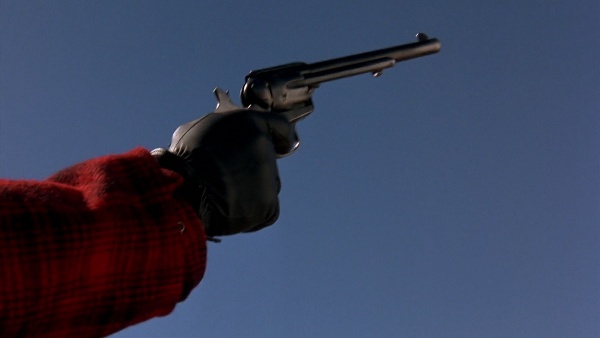 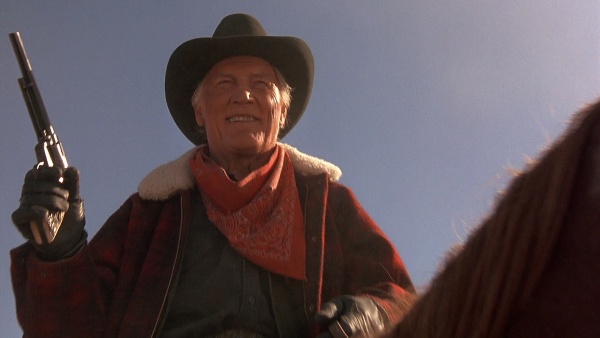 Artillery models of the Colt Single Action Army are carried by Curly's ranch hands, Jeff (Kyle Secor) and T.R. (Dean Hallo). After a drunken scuffle, Phil (Daniel Stern) disarms Jeff of his SAA, then unloads it, correctly using the ejector rod. Ed (Bruno Kirby) picks up T.R.'s SAA after he drops it at Phil's order. 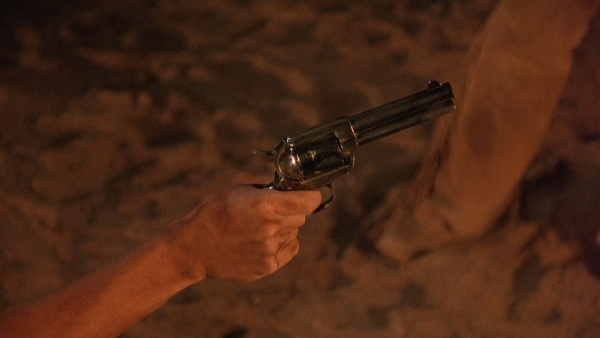 Closeup of the SAA Artillery held by Jeff (Kyle Secor). 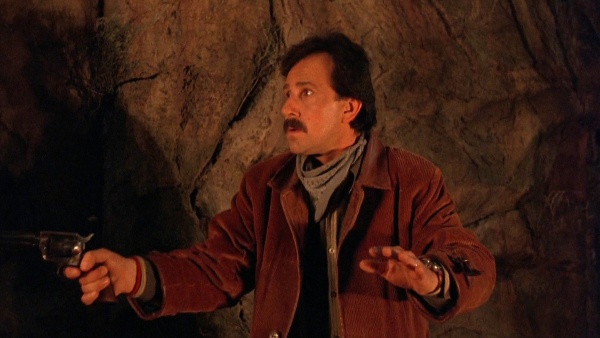 The revolver is held by Ed (Bruno Kirby). 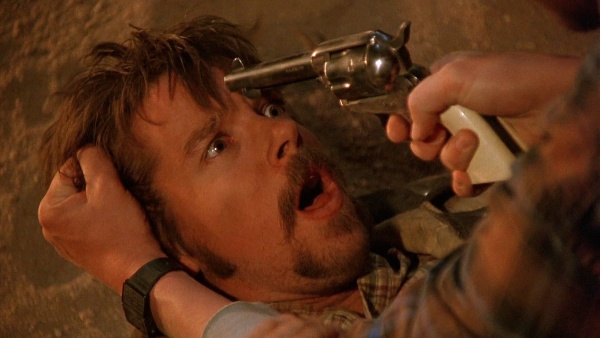 The SAA Artillery is put to the forehead of Jeff. 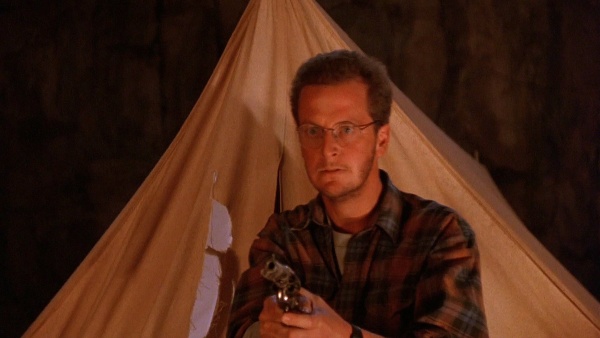 "I lost my wife, I lost my job, and I've got some sort of rash from making in the bushes!"
Phil (Daniel Stern) holds the SAA.
Retrieved from "https://www.imfdb.org/index.php?title=City_Slickers&oldid=1332133"
Categories: