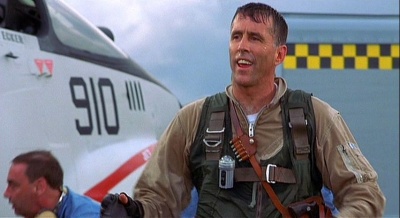 Christopher Lawford (1955-2018) carries a Smith & Wesson Model 10 in his holster as CDR William B. Ecker in Thirteen Days.

Christopher Lawford (1955-2018) was an American actor who had appeared in such films as Thirteen Days and Terminator 3: Rise of the Machines. He also was part of the famous Kennedy family, being the son of actor Peter Lawford and Patricia Kennedy. He passed away in 2018 due to complications from a heart attack.