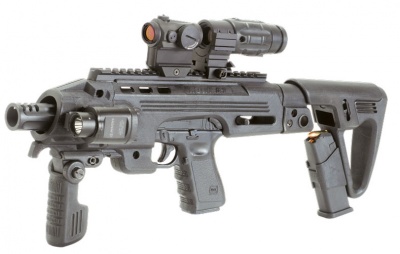 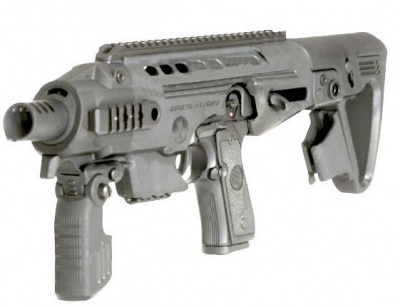 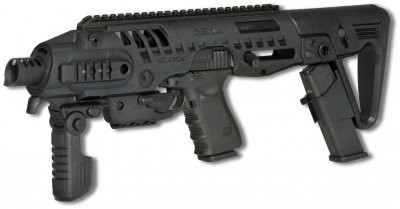 The CAA RONI is a series of pistol carbine conversion kits designed and manufactured by CAA Industries, Ltd. of Israel and CAA USA (business name of ME Technology, Inc.) of the United States of America. The carbines are primarily designed for Glock pistol variants, but there are also models for common pistols such as the Beretta 92FS, the Jericho 941, the SIG-Sauer P226 and the Springfield XD. It has three Picatinny rails for light/laser mounds and a folding forearm grip. The adjustable buttstock and cheek-rest also has a holder for a spare magazine.

The RONI is named after the daughter of CAA founder Moshe Oz, Roni.

The CAA RONI and variants can be seen in the following films, television series, video games, and anime used by the following actors:

The CAA MCK (Micro Conversion Kit) is a variant of the RONI manufactured by CAA USA.

The production of the MCK led to a legal dispute between CAA Industries and CAA USA over CAA's trademark and patent rights, with the federal court ruling in favor of CAA USA.