The following guns were seen in the film Bronco Billy: 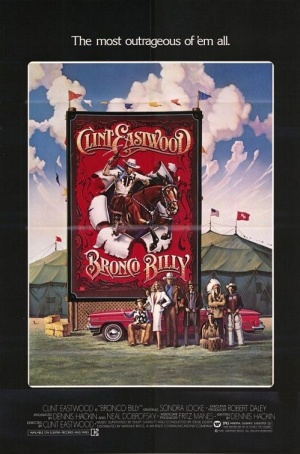 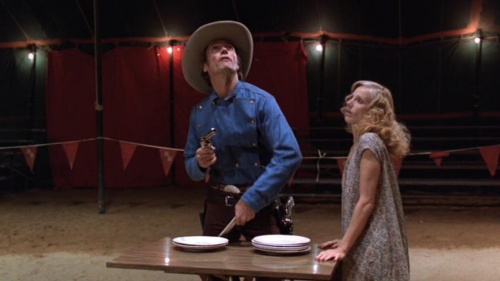 Bronco Billy (Clint Eastwood) demonstrates to Antoinette Lilly (Sondra Locke) how to properly shoot a plate in the air. 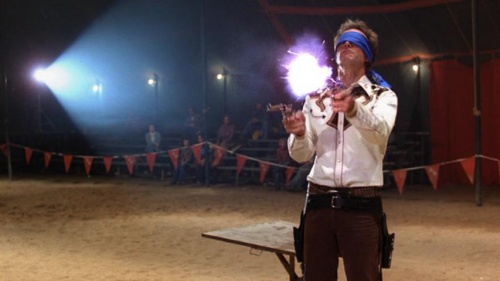 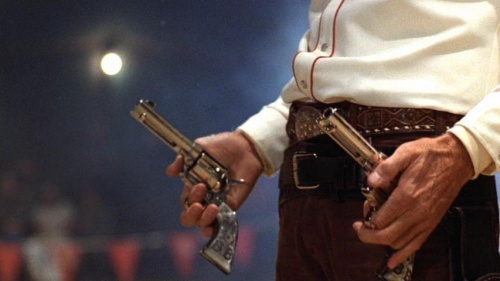 Close-up shows that his ivory grips are personalized. 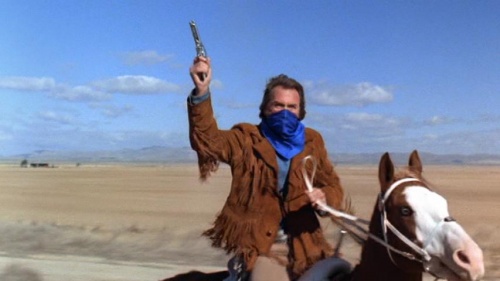 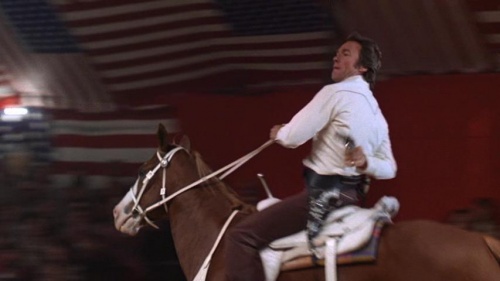 During the show, he takes out targets behind his back while riding a horse. 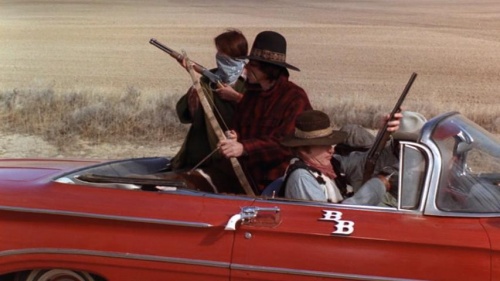 Lefty Lebow (Bill McKinney sits in the passenger seat carrying a double barrelled shotgun as they attempt a train robbery.

A Winchester Model 1873 is seen in the hands of Lorraine Running Water (Sierra Pecheur) during the train robbery.