Billy Lynn's Long Halftime Walk is a 2016 war drama that focuses on a young US Army soldier who remembers his experiences during an intense battle in Iraq while he and other members of his squad participate in a halftime show at a Thanksgiving football game in Dallas. Based on the novel by Ben Fountain, the film was directed by Ang Lee and was one of the first to be filmed at an extra high frame rate of 120 frames per second.

The following weapons were used in the film Billy Lynn's Long Halftime Walk: 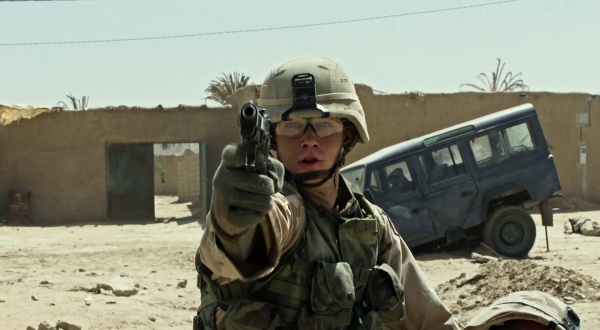 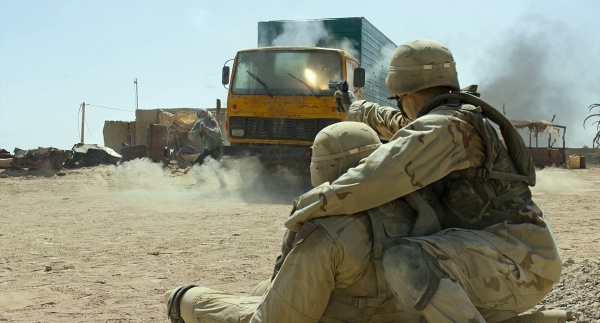 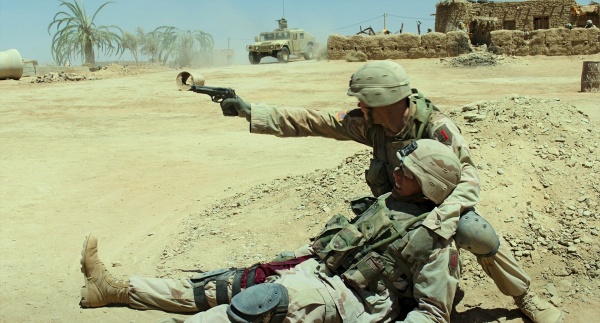 Billy with the Beretta.

A security guard pulls out Beretta 92FS Inox when Bravo Squad gets into a scuffle. This pistol is later used by Major Mac (Allen Daniel). 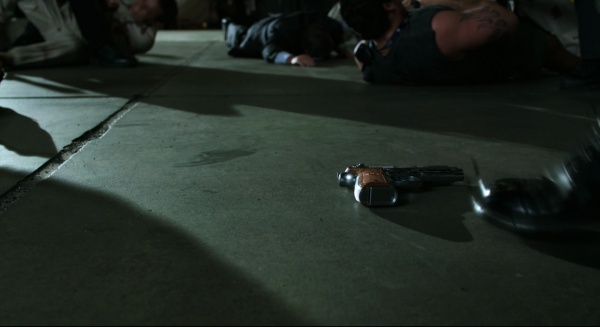 A Beretta 92FS Inox with wood grips on the floor. 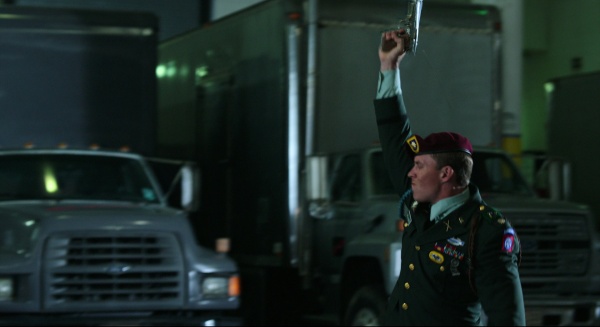 The M4A1 Carbine is used by many soldiers during their tour of duty in Iraq, fitted with ACOG scopes, MATech BUIS, AN/PEQ-2 IR Designators and RIS foregrip. Two of the soldiers in the squad also have M203 grenade launchers fitted to their M4A1s. 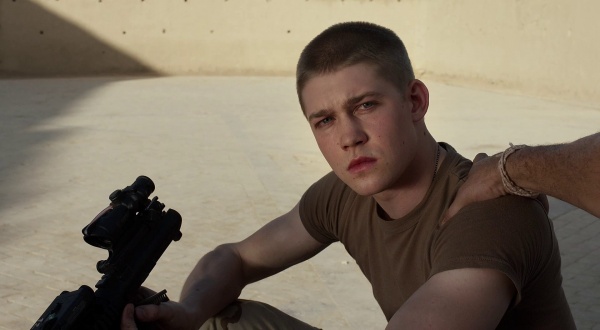 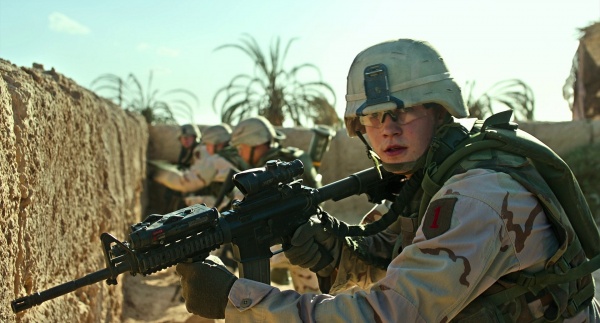 Billy Lynn (Joe Alwyn) armed with his M4A1 that is fitted with an ACOG scope, MATech BUIS, AN/PEQ-2 IR Designator and RIS foregrip. 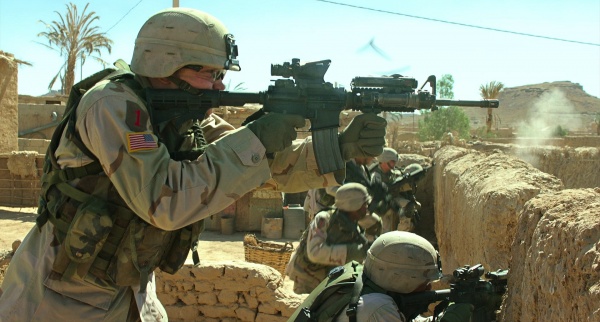 Both Billy and Shroom (Vin Diesel) as well as other soldiers open fire with their M4A1 carbines. 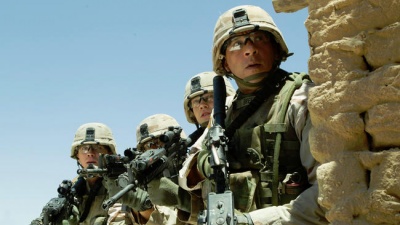 The squad can be seen with their M4A1 carbines in this promotional shot. Note the detail of the numbers on the AN/PEQ-2 IR Designators. 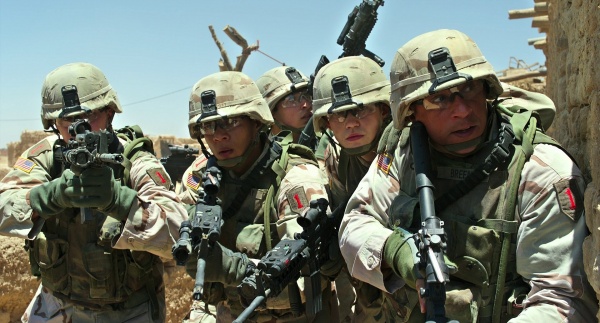 Shroom and his squad with their M4A1 carbines.

The M16A2 is used by other US soldiers during the scenes in Iraq. 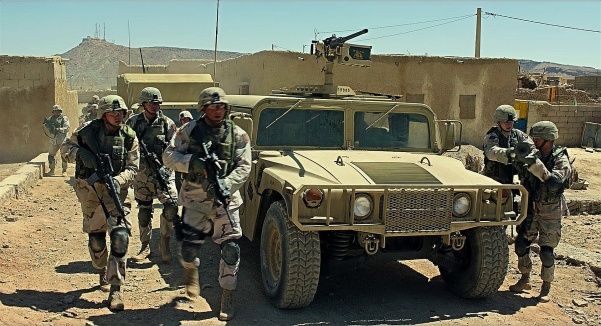 The soldier on the left is seen with the M16A2. 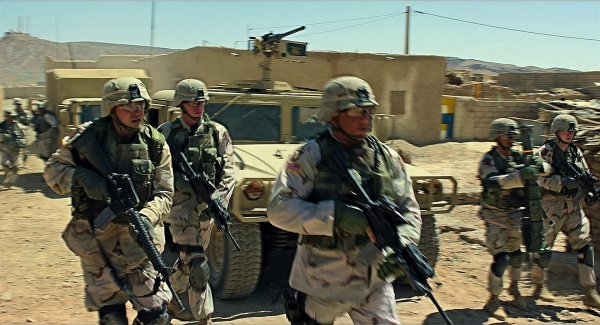 The M16A2 visible at the left.

The M1 Garand is used to perform a rifle volley at a funeral. 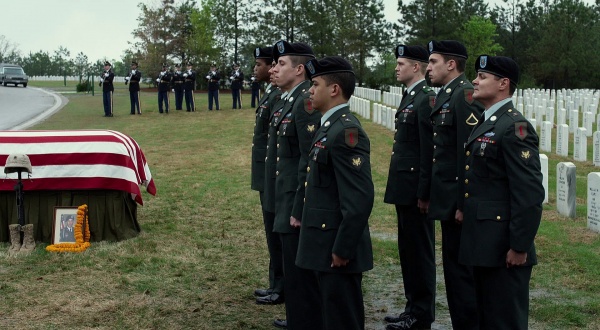 The honor guard is seen with their Garands performing a rifle volley. 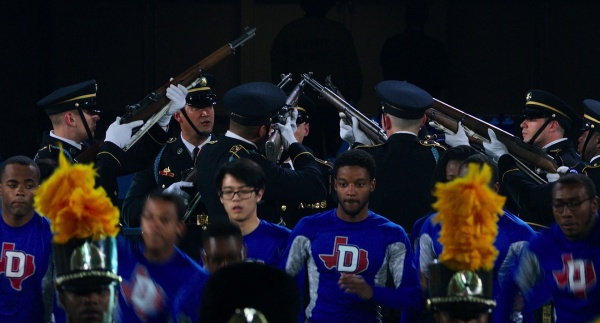 The honor guard with their Garands during the halftime show.

Insurgents are armed with AKM rifles. 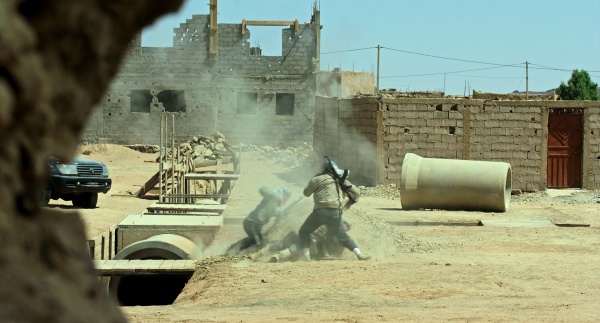 Insurgents carry the AK while attempting to capture Shroom.

Billy takes out an insurgent that was armed with an AKM.

An M240B is the weapon used chiefly by Mango (Arturo Castro). 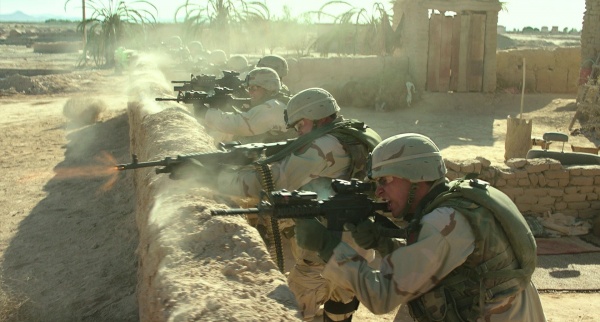 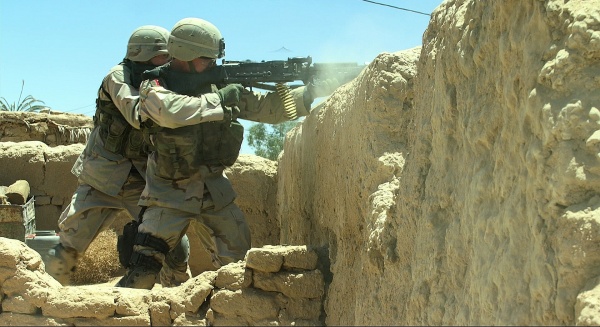 A Browning M2HB is seen mounted on a US Army Humvee in Iraq. 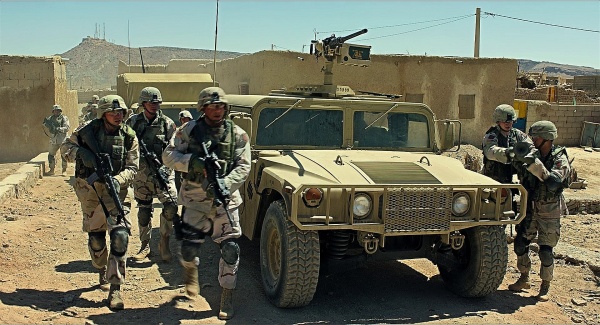 The Browning M2 is mounted on the humvee. 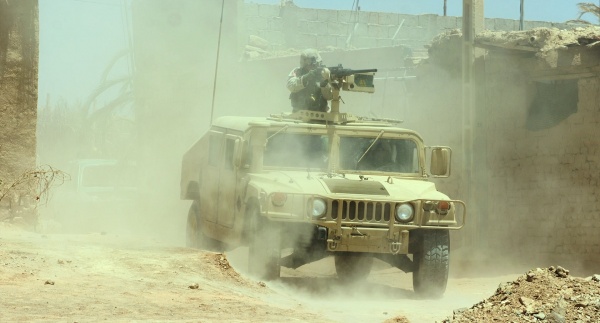 The Browning M2 is fired from the humvee.

Several US soldiers in Iraq have the M203 Grenade Launcher attached to their M4A1 Carbines. 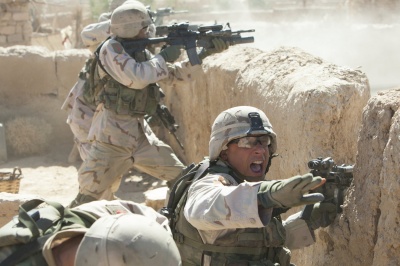 The M203 is seen in the back used by Lodis (Brian 'Astro' Bradley) in this production image. 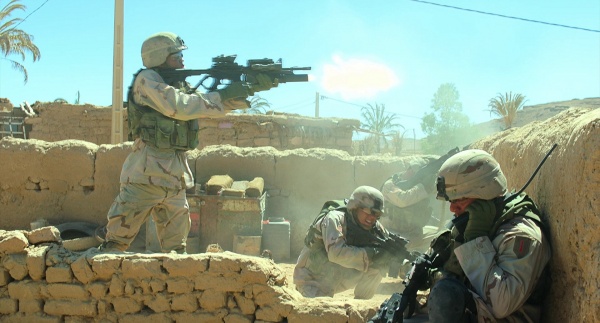 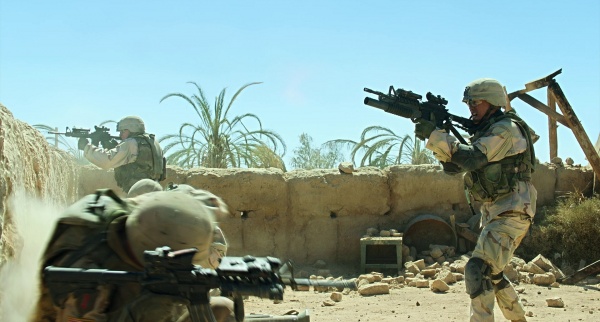 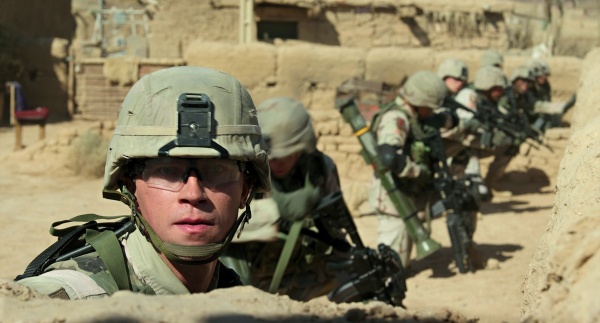 A soldier on the right has the AT4 slung. 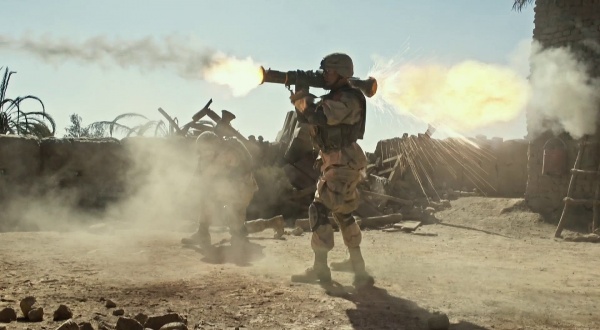 The AT4 is used after the soldiers make sure the area is clear behind the rocket.
Retrieved from "https://www.imfdb.org/index.php?title=Billy_Lynn%27s_Long_Halftime_Walk&oldid=1231406"
Categories: