The following weapons were used in the film Battle of Sevastopol (Bitva za Sevastopol):

There is only one scene where a pistol is drawn throughout the movie - when a soldier draws and fires a Tokarev TT-33 pistol .

A Soviet soldier fires a Tokarev TT-33 pistol in an attempt to control the panicked mob trying to flee Sevastopol.

Lyudmila Pavlichenko (Yuliya Peresild) shooting for her first time with a Mosin Nagant M91/30 on the civil shooting range.

Nurse Masha (Polina Pakhomova) carries his rifle on back.

Lyudmila posing for a photographer from the magazine "Ogonok".

Leonid posing for a photographer from the army newspaper.

Lyudmila posing with her Tokarev SVT-40 for a photographer from the army newspaper.

German snipers are equipped with Karabiner 98k rifles with a scope.

A German sniper in a duel with Lyudmila and Leonid.

A PPSh-41 seen in the background (right) in the hands of a Soviet mariner.

The Red Army soldier (left) carries PPSh-41 on his chest.

A Soviet soldier fires a PPSh-41 at panicked civilians trying to swim to evacuation craft.

MP38 submachine guns are seen in the film as the main weapon of German infantrymen.

A German soldier in the bomb crater aims his MP38 at Masha.

Lyudmila sights up a German gunner with an MG34.

A Maxim M1910 is seen on the battlefield (in right) on the Soviet defense line.

A Granatwerfer 42 Mortar is seen in the optical sight of Lyudmila's rifle. 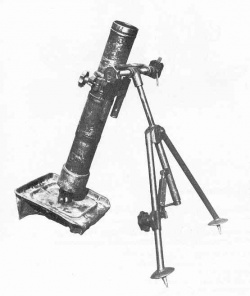 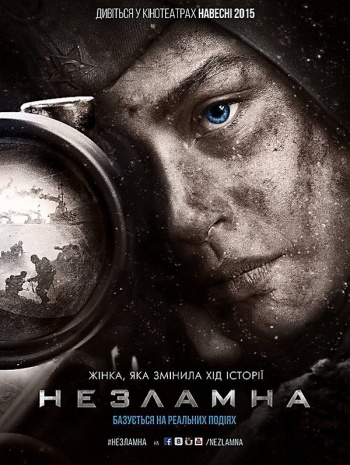