World War III is a two part television mini-series that originally aired in the US on NBC on Jan 31 and Feb 1, 1982. The story is set in the then futuristic year of 1987 and reflects the fears about a renewed Cold War. The United States has a grain embargo against the U.S.S.R. which other nations have joined. The Soviet Union is experiencing domestic strife due to a lack of food. The Soviet government sends in paratroopers to seize a strategically placed pumping station on the Alaskan pipeline. The Soviets demand that the grain embargo be lifted or the station will be destroyed and a crucial source of oil for the United States will flow out into the Alaskan wilderness. A small unit of Alaskan Army National Guardsmen happen to be nearby conducting training. David Soul portrays a Regular Army Colonel who is ordered by the president to take command of the National Guardsmen (after they are Federalized) and hold the pumping station against the Soviet troops until reinforcements can reach them - which is problematic due to a large winter storm having settled over Alaska. Director Boris Sagal (The Omega Man) was killed early in the production (May 22, 1981) when he walked into the tail rotor of a helicopter that he had just exited. It appeared that he was looking at a camera and turned the wrong way. Director David Greene was brought in to finish the production. The production is dedicated to him.

The following weapons were used in the miniseries World War III:

The M1911A1 pistol is carried by several US officers in the miniseries, including Colonel Jake Caffey (David Soul) and Capt. Angel Cordobes (Richard Yniguez). 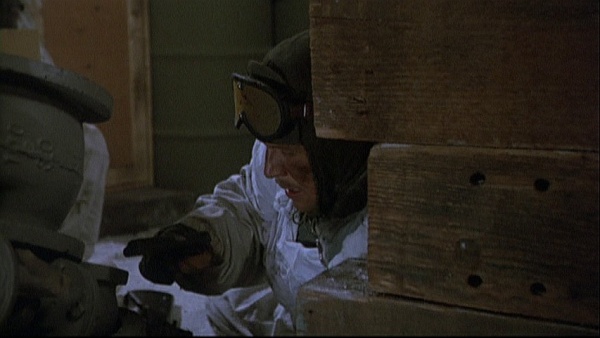 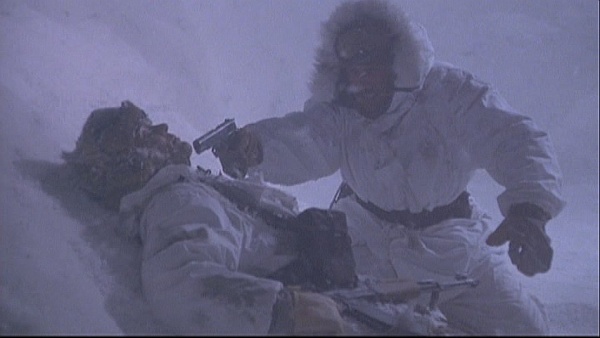 Commander Alexander Vorashin (Jeroen Krabbé) carries what appears to be a Walther PP Pistol as his sidearm. In reality, the pistol was probably used as a substitute for the Makarov PM. 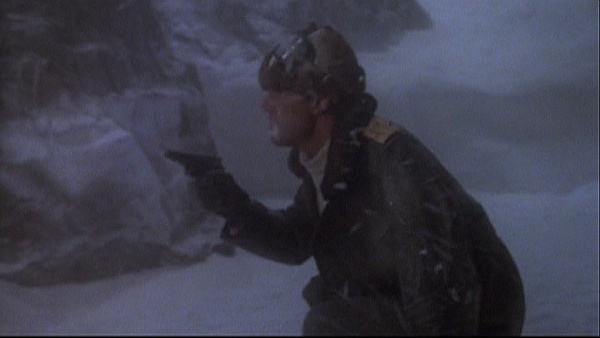 Commander Alexander Vorashin (Jeroen Krabbé) carries what appears to be a Walther PP Pistol as his sidearm. 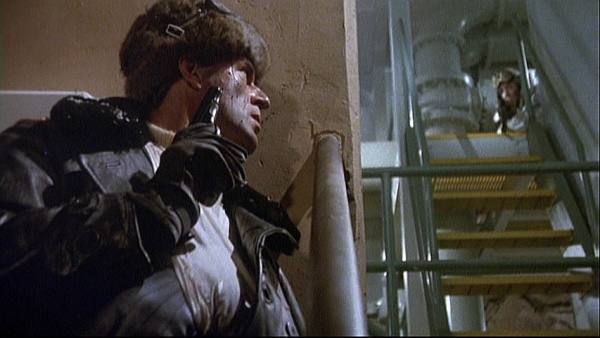 TCommander Alexander Vorashin (Jeroen Krabbé) armed with what appears to be a Walther PP Pistol.

The majority of the US troops in the miniseries are armed with M16 (SP1) rifles with slab-side receivers. The M16s used in this scene are a mixture of rifles with 3-prong flash hiders and rifles with M16A1-style "birdcage" flash hiders. 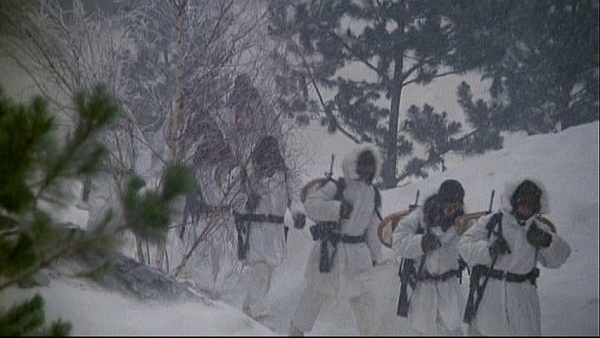 The rifles are seen carried. 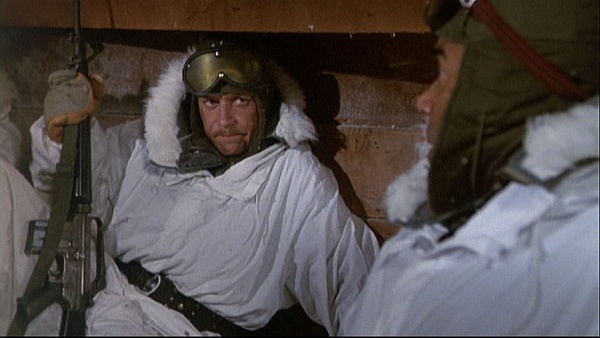 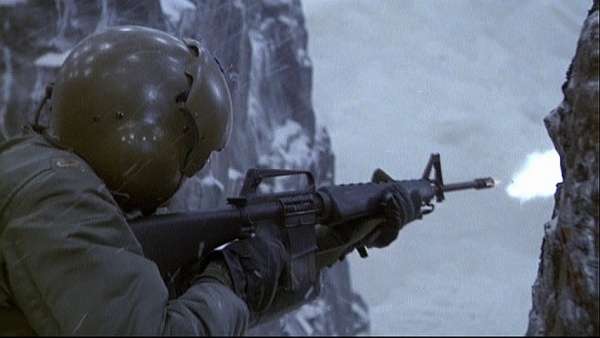 A US chopper pilot fires the M16 (SP1) rifle with an A1 Flash Hider. 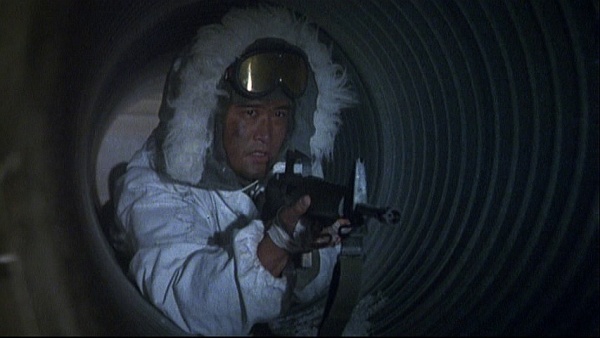 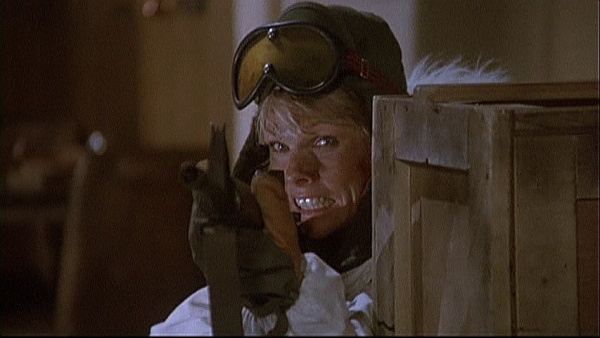 Soviet troops appear to be armed with the Valmet M76 Carbine. The use of these rifles were meant to be a substitute for such AK rifles as the AKS-47. 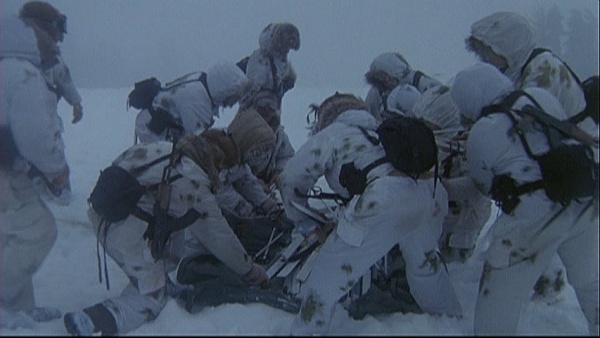 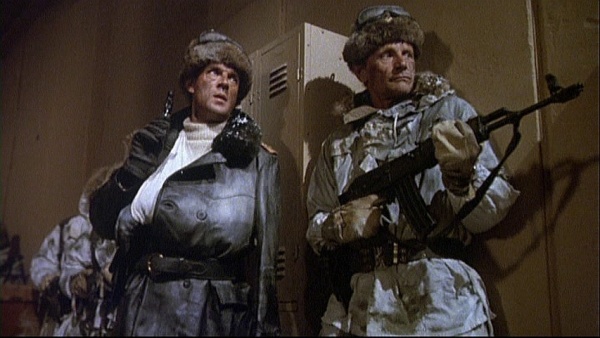 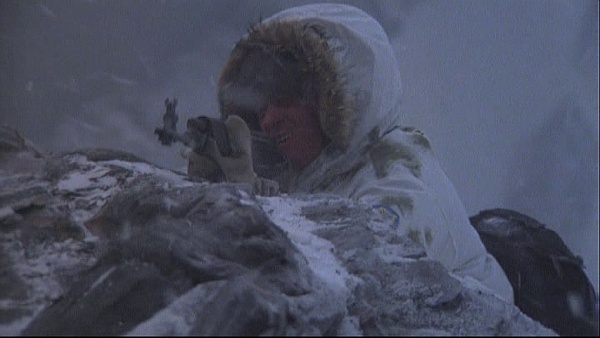 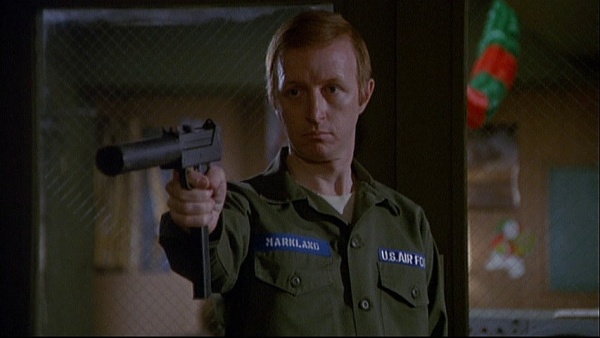 An M72 LAW rocket launcher is seen about to be used by a Russian soldier. This launcher is American made and is similar to the Russian RPG-22 (however that launcher wasn't introduced until 1985). 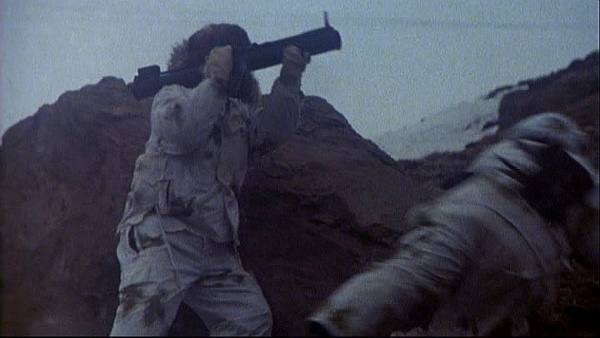 An M72 LAW rocket launcher is seen about to be used by a Russian soldier. 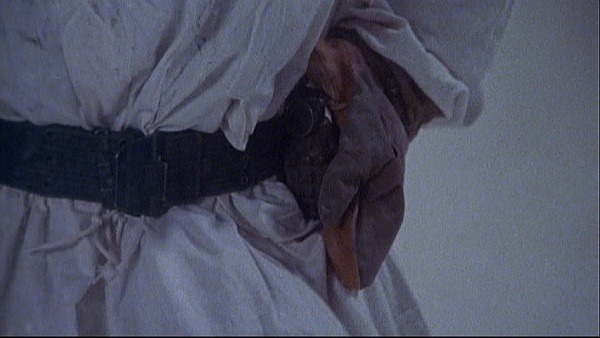 A Mk II hand grenade about to be used by Capt. Angel Cordobes (Richard Yniguez).
Retrieved from "https://www.imfdb.org/index.php?title=World_War_III&oldid=1400004"
Categories: