The Following firearms were seen in the 1981 film Wolfen

The Van der Veer's Bodyguard fails to defend himself with a Colt Python. 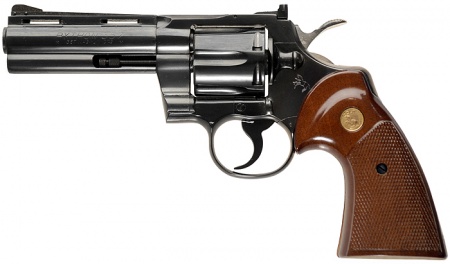 Rebecca Neff (Diane Venora) carries a Smith & Wesson Model 10 Snubnose and uses it to defend herself in the film.

Rebecca Neff (Diane Venora) reacts to a noise outside, discovering it to only be her cat.

Detective Dewey Wilson(Albert Finney) carries a Colt Detective Special as his duty weapon throughout the film.

Dewey Wilson retrieves his duty weapon as he leaves his apartment.

Dewey Wilson (Albert Finney) and Whittington (Gregory Hines) arm themselves with M16 Rifles fitted with Nightvision Scopes when they stake out the church.