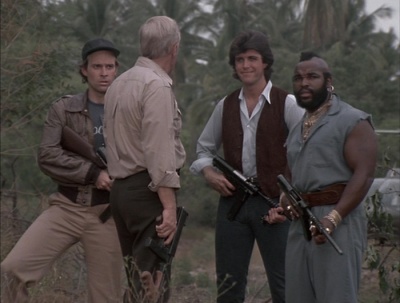 Tim Dunigan is an American actor who was perhaps best known for his role as Captain Jonathan Power in the children's television series Captain Power and the Soldiers of the Future. Prior to that role, Tim had appeared in several television series, including appearing as Templeton "Faceman" Peck in the pilot episode of The A-Team before the role was assumed by Dirk Benedict for the remainder of the series.