Texas Chainsaw Massacre: The Beginning, The 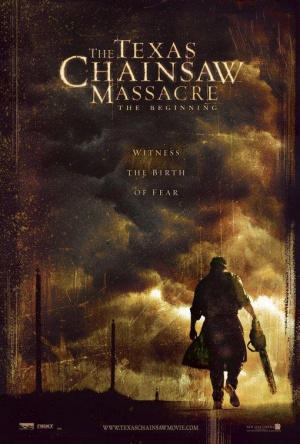 The Texas Chainsaw Massacre: The Beginning (2006)

The following weapons were used in the film The Texas Chainsaw Massacre: The Beginning:

The Ruger Vaquero revolver was the real Sheriff Hoyt's (Lew Temple) duty sidearm. He pulls it on Thomas Hewitt near the beginning of the film to apprehend him but is killed by Charlie Hewitt who replaces him as Sheriff. The new Sheriff Hoyt (R. Lee Ermey) then carries it as his sidearm throughout the film. He is seen threatening Baily with it when she questions the way he goes about his police duties. The firearm is anachronistic as the film is set in 1969, and the Ruger Vaquero was not produced until 1980. It is most likely standing in for the Colt Single Action Army. 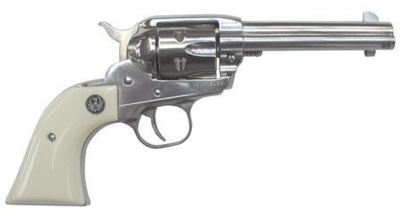 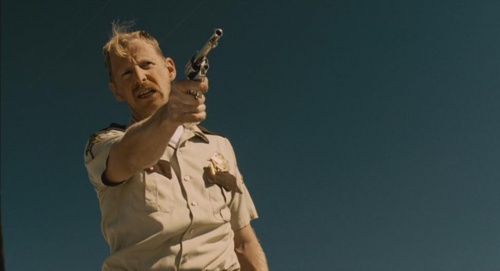 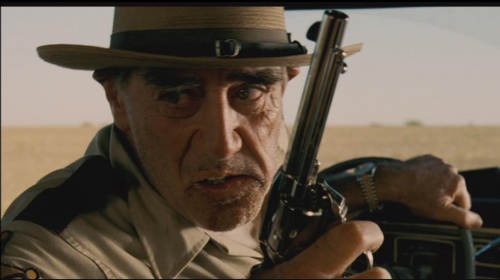 Holden (Lee Tergesen) pulls a Smith & Wesson Model 586 .357 Magnum revolver with a six inch barrel and takes it into the Hewitt house to find his girlfriend. He ends up shooting Monty in the kneecap and threatens Sheriff Hoyt with the weapon but never uses it on him because of being ambushed by Thomas. The firearm is anachronistic as the film is set in 1969 and the Smith & Wesson Model 586 was not produced until 1985. It is most likely standing in for the Colt Python. 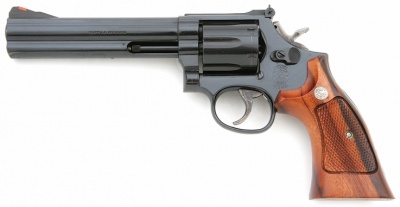 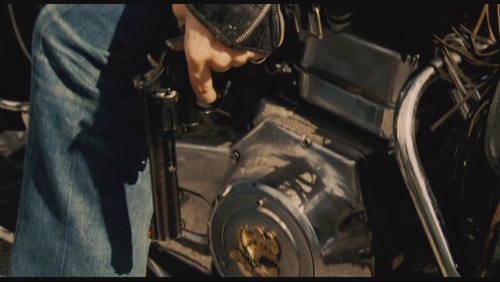 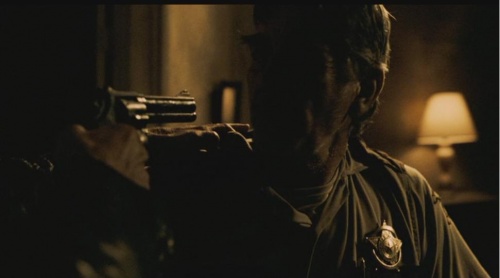 Eric (Matthew Bomer) opens his glove compartment and draws a M1911 that he kept from the Vietnam War to defend his friends and himself from the biker chick. The gun then ends up in the hands of Monty (Terrence Evans) who pockets it to keep for himself from the wreckage before Chrissie can get a hold of it. 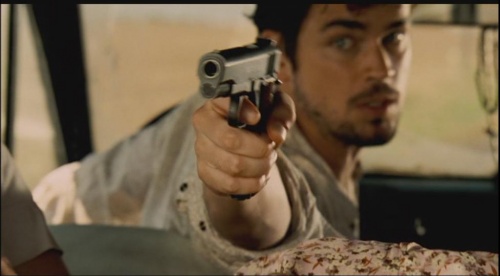 Eric (Matthew Bomer) aims his M1911 out the back window of the Bronco. 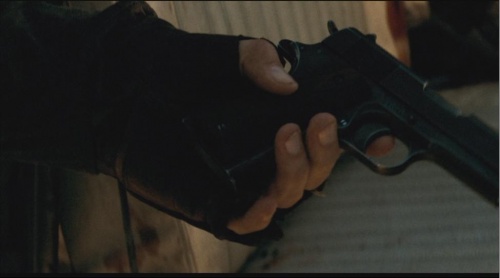 Monty (Terrence Evans) discovers the M1911 pistol in the wreckage of the Bronco. Notice the long trigger. 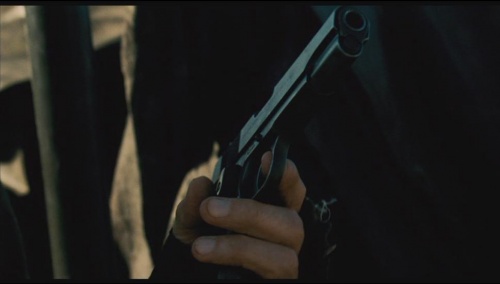 The recovered M1911 pistol in the hand of Monty. 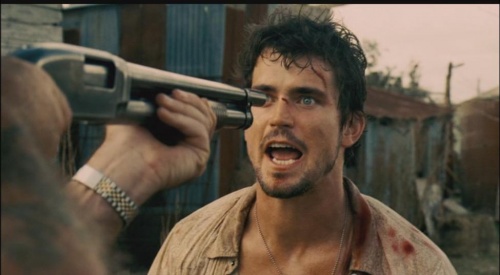 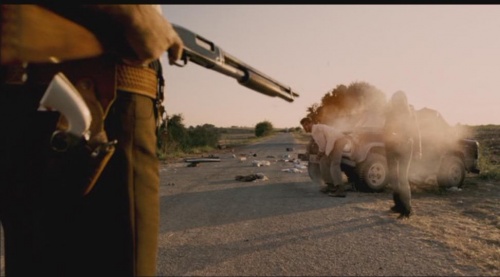 Sheriff Hoyt (R. Lee Ermey) blasts the biker chick from the hip with the Winchester. 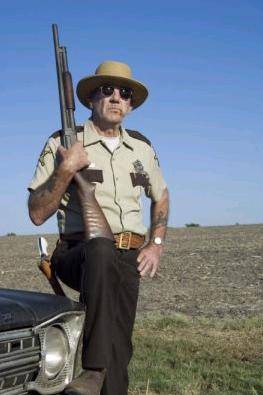 The Biker Chick (Emily Kaye) attempts to rob the kids with a Sawn-off double barreled shotgun but is killed by Sheriff Hoyt before she can use it. Sheriff Hoyt then places it on his dashboard and then retrieves it when Eric attempts to steal it. 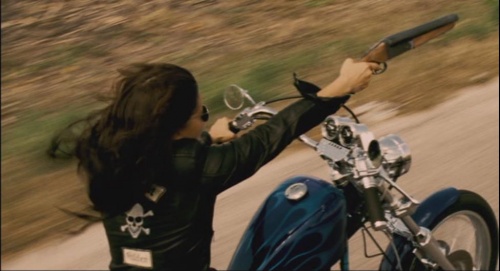 The Biker Chick (Emily Kaye) chases the kids with her sawn off shotgun. 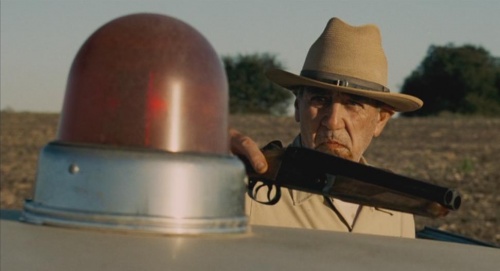